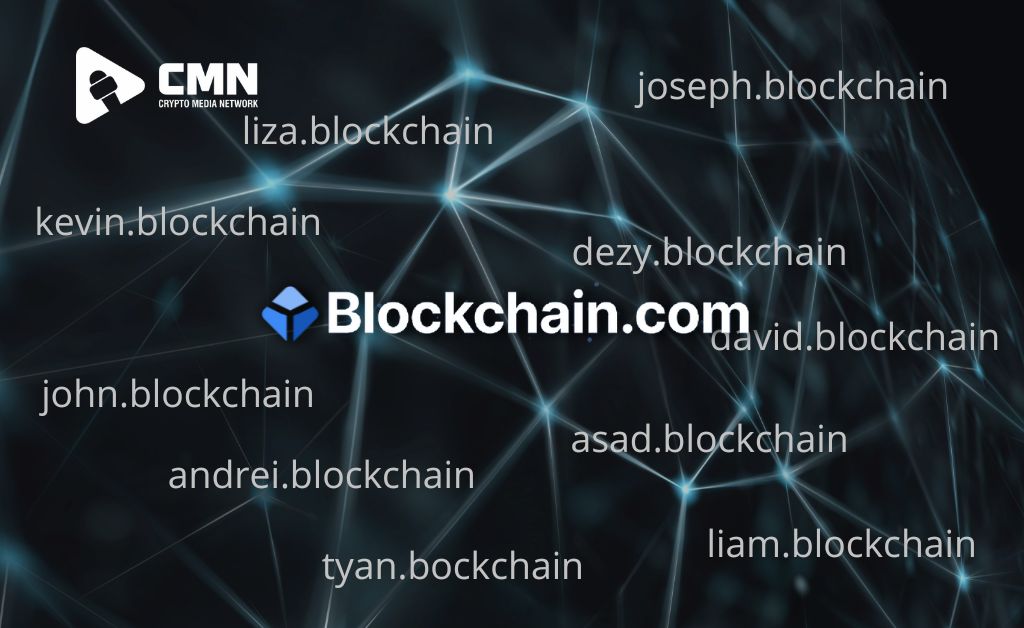 In order to launch blockchain NFT domains, Blockchain.com has teamed with the Web3 digital identity platform and NFT domain name vendor, Unstoppable Domains. According to the business, 83 million Blockchain.com wallet users will receive a free. blockchain domain in the coming weeks.

For quite some time, Blockchain.com has been a pioneer in the crypto field, having published the first Bitcoin (BTC) block explorer in 2011. The firm announced this week that it has partnered with Unstoppable Domains, a Web3 digital identity provider. The company is a Web3 identification agency and a domain name supplier with 2.4 million registered usernames.

The two companies announced the creation of Unstoppable Domains’ first-ever sponsored top-level domain, which will be called the blockchain. All 83 million Blockchain.com wallet users will be able to create a free blockchain domain name in the coming week.

The blockchain domain name may be used instead of a lengthy alphanumeric crypto wallet address, and payments can be transmitted to a human-readable name such as “liam.blockchain.”

The is the. Users can transact with decentralized applications (dapps), marketplaces, metaverse apps, and social networking sites using blockchain names as Web3 IDs. The new.blockchain feature, according to Lane Kasselman, a chief business officer at Blockchain.com, will make it easier for millions of customers to utilize the company’s non-custodial wallet.

“Our customers can not only transmit and receive crypto as easy as they send an email with an a.blockchain domain, but they can also own their identity in Web3,” Kasselman said at the launch. “Our collaboration with Unstoppable Domains marks the first bespoke top-level domain (TLD) and provides us with a unique method to share the. blockchain name with the millions of Blockchain.com Wallet users.”