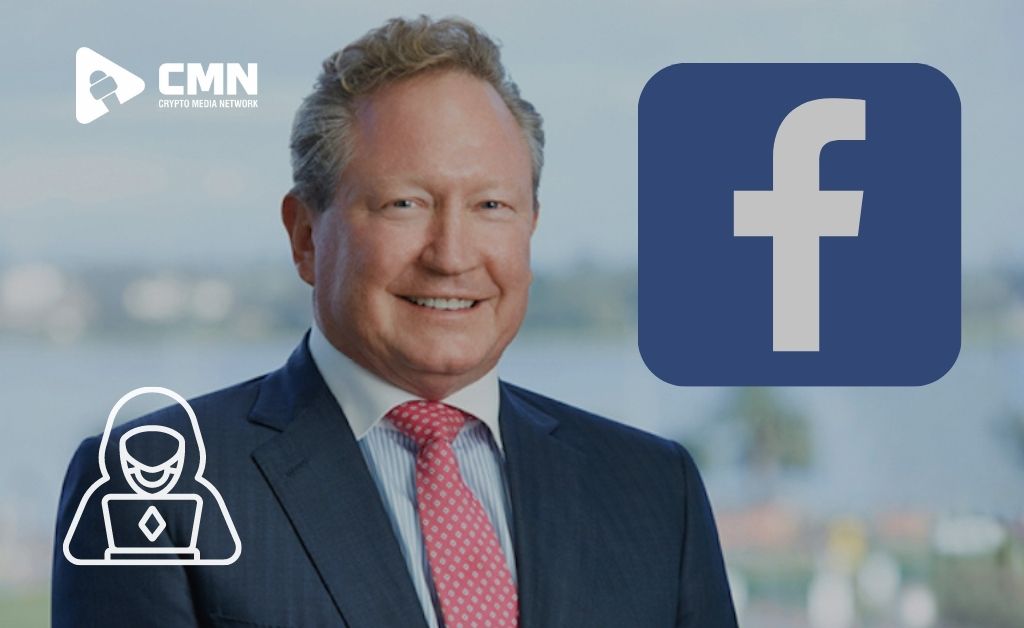 Andrew Forrest, Australia’s second richest man, claims he sought for years to persuade Facebook to intervene after photographs of him were splashed across fake ads on the social media network, luring customers into crypto frauds.

As customers who had been scammed out of thousands of dollars contacted him to complain, Forrest says he was having no luck getting Facebook to delete the advertising, and an open letter to Mark Zuckerberg remained unanswered. Forrest, the founder and chairman of Fortescue Metals Group, maintains that “meanwhile, innocent Australians…kept investing under my name.”

Under Australian law, Andrew Forrest launched a “private prosecution” against Meta – Facebook’s new corporate name – which allows individuals to make criminal accusations against other people or businesses. Forrest claims that the company’s activities violated Australian anti-money laundering rules because it didn’t take enough precautions to prevent criminals from exploiting its platform to deceive Australian users with scam ads, according to the lawsuit.

The Australian Competition and Consumer Commission echoed his concerns in a second case a month later, arguing that the social media behemoth engaged in false, misleading, or deceptive behavior by distributing the bogus adverts.

Andrew Forrest’s and the Australian consumer protection agency’s accusations are the first time a jurisdiction has attempted to make Facebook liable for anything uploaded on its site, something the US has so far refused to do.

“Dissatisfaction with social media platforms is growing around the world,” says Paul Barrett, director of the NYU Stern Center for Business and Human Rights, “and the United States is lagging behind a number of other jurisdictions, Australia being one, the EU being a much larger and influential jurisdiction, that have been moving toward greater regulation and oversight.”

According to a Facebook spokeswoman, the corporation has cooperated with the ACCC’s inquiry and expects to fight the continuing lawsuit. “We don’t want to advertise on Facebook that try to defraud people or mislead them – they violate our principles and aren’t good for our community,” a Facebook representative said.

“We utilize technology to detect and block scam ads, and we’re always working to stay ahead of scammers’ attempts to get around our detection systems.”

Forrest claims he was unable to contact Facebook’s Australian executives, prompting him to write an open letter to Meta CEO Mark Zuckerberg in 2019, whom he had previously met through initiatives related to the Giving Pledge, a campaign encouraging mega-wealthy individuals to give the majority of their wealth to philanthropic causes.

Forrest claims he was told “codswallop” — Australian slang for “rubbish” — that Facebook didn’t have the algorithms to detect frauds when he eventually heard from Facebook executives in Australia. He asks, “Why wouldn’t you have one person recognize this?” “They wouldn’t do anything until it was algorithmic.”