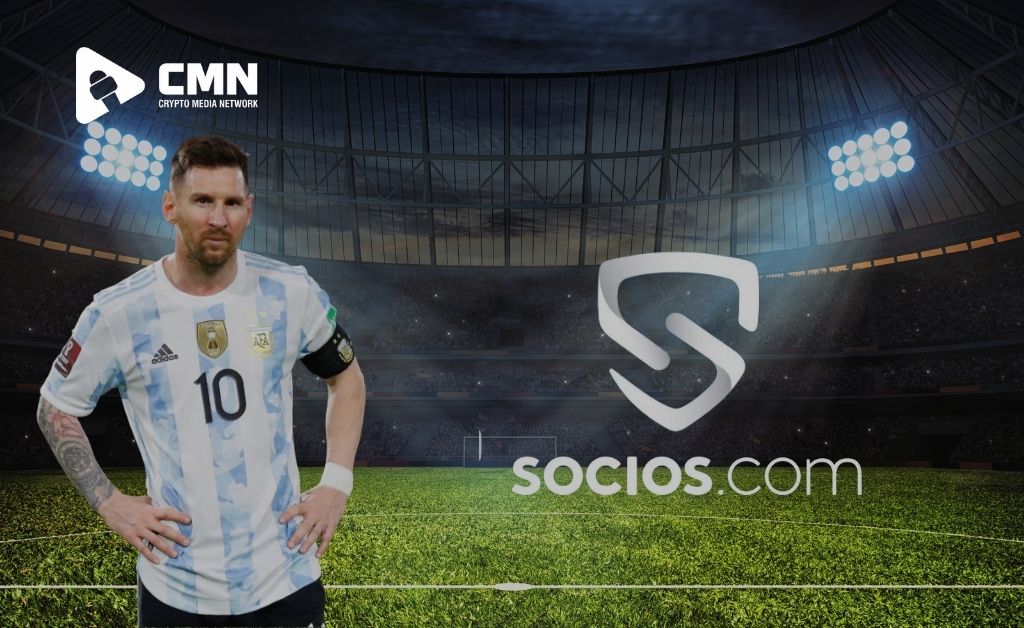 Lionel Messi, widely regarded as the greatest footballer of all time, is the latest well-known figure to enter the competitive world of fan tokens. The PSG superstar has teamed up with Socios, a crypto fan token company.

According to Reuter, Argentinian striker Lionel Messi has signed a contract for more than $20 million with the digital fan token startup Socios.com to serve as its global ambassador. The three-year agreement, however, excludes any bitcoin transactions.

Messi, whose August transfer from Barcelona to Paris St. Germain included a cryptocurrency payment as a signing bonus, will be “engaged in a PR and promotion campaign for Socios in the lead-up to the Qatar World Cup, which will begin in November,” according to Socios’ press release.

In a statement, Messi said he was happy to be a part of Socios’ vision and to have contributed to a more connected and rewarding future for global fans.

Fan tokens are issued by sports teams and allow holders (typically supporters) to vote on specific team-determined choices. Fan tokens are a new means of merging cryptocurrency with sports that many clubs see as a new source of revenue.

Despite the increased interest in such assets, Socios has recently come under fire. Users must trade CHZ tokens for any fan coin listed on the platform, causing controversy over the company’s link with the cryptocurrency project Chiliz (CHZ).

Alexandre Dreyfus, the founder of Socios, was accused of price manipulation earlier this month when he failed to pay CHZ consultants for keeping the price from collapsing due to significant selling pressure.

Every sporting organization that uses Chiliz technology has a finite number of fan tokens available for purchase at an initial FTO (fan token offering). These tokens are available on a first-come, first-served basis, with Chiliz disclosing the starting price and completely diluted market cap ahead of time.

The platform’s internal currency is the CHZ token, which is used to purchase fan tokens. Fans can then vote with their fan tokens on the Socios platform, which is made possible through smart contracts. The level of influence that fans have is determined by the clubs. New jersey designs to team matches in exhibition games are all decisions that must be made.