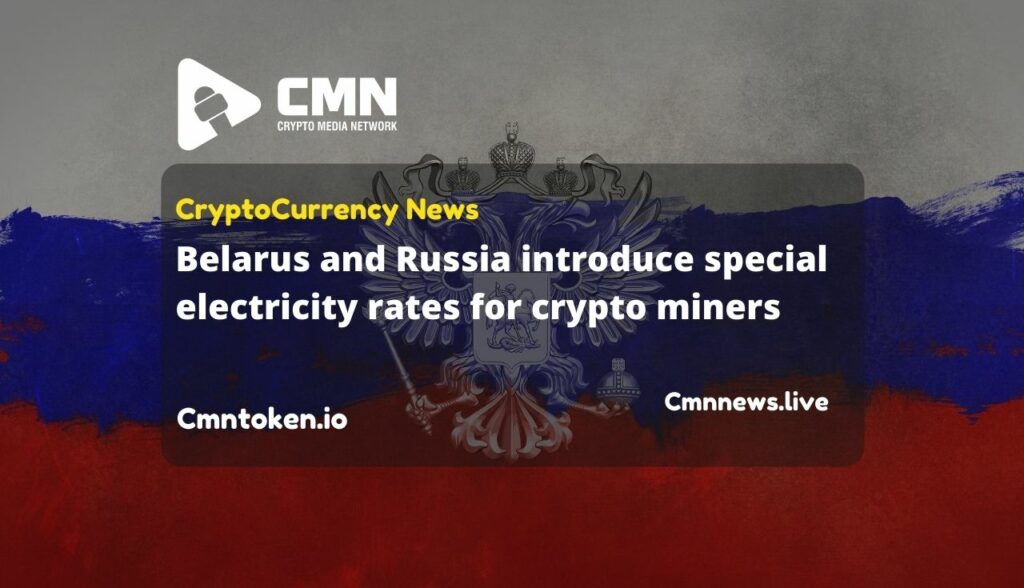 Media reports indicate that entities extracting digital currencies in both Russia and Belarus may have to pay more for the electrical energy they require. The governments of both countries are making changes that will likely result in special tariffs for this group of electricity consumers. The Russian Ministry of Energy recently backed the idea. At the sidelines of the Russian Energy Week, Nikolai Shulginov, the head of the department, told reporters that crypto miners shouldn’t pay for electricity at household rates.

Shulginov stated that the ministry is currently working on the issue and added: “To maintain the reliability and quality of power supply, we believe it is necessary to exclude the possibility of electricity consumption by miners at tariffs for the population.”

Government officials emphasized that electricity rates need to be differentiated. According to him, miners should not be allowed to take advantage of preferential tariffs because the current situation could deteriorate further. Otherwise, cross-subsidies must be increased, which is unacceptable, said the energy minister.

Igor Kobzev the governor of Irkutsk Oblast, complained to Alexander Novak, the deputy prime minister responsible for the fuel and energy complex, about illegal crypto miners recently. As Kobzev was quoted by Vedomosti, their actions increase the load on the Siberian power grid and the risk of power plant breakdowns.

In Belarus, where Russia maintains strong political and economic ties, the Ministry of Energy has already classified cryptocurrency miners under a separate tariff category. The joint decree with the Ministry of Antimonopoly Regulation and Trade was issued at the end of September.

Also Read: Chingari announces its NFT roadmap with the help of $GARI token

The document cited by Forklog indicates that entities involved in data processing, information services, as well as data centers and mining operations, will fall under this category if their annual electricity consumption is at least 25 million kWh. Depending on the consumption bracket, there are four subgroups in the tariff category, with the top subgroup covering enterprises that consume more than 500 million kWh. The administration of President Alexander Lukashenko can add more groups. The current document doesn’t specify the exact price rates for each group.

Lukaschenko has been supportive of crypto mining, urging Belarusians in August to mint digital coins instead of picking strawberries on foreign farms. In 2019 he proposed using surplus electrical energy from the country’s new nuclear plant to power mining facilities.

The idea of recognizing cryptocurrency mining as a form of entrepreneurship is gaining support in Belarus’s energy-rich ally, the Russian Federation. Anatoly Aksakov, the chairman of the Financial Market Committee at the State Duma, stated in September that mining digital currencies should be registered and taxed accordingly.