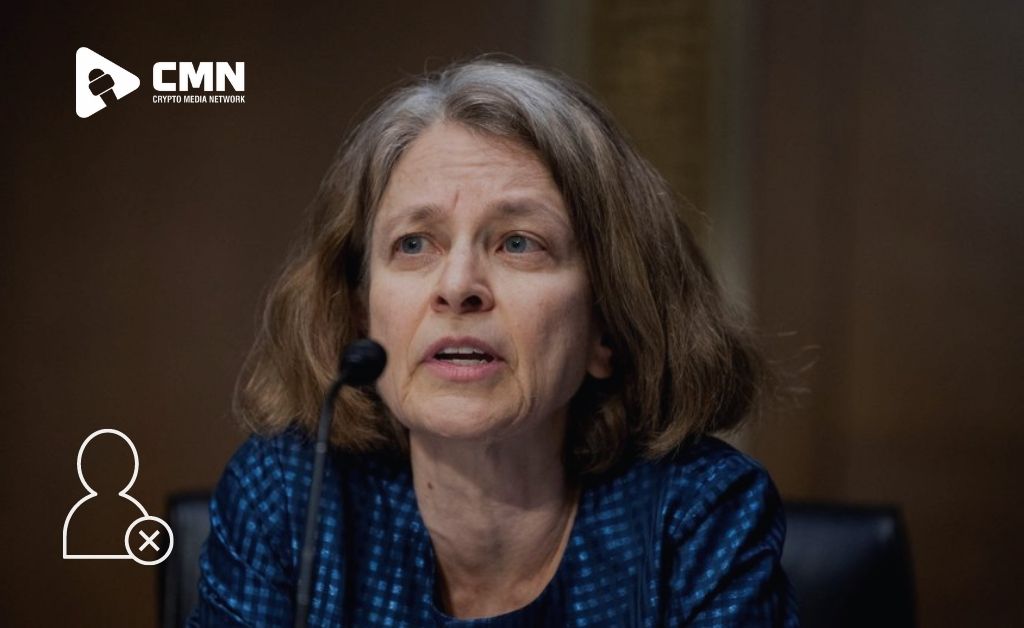 According to ACH Crypto News Today, the Former Governor of the Federal Reserve Board in the United States has withdrawn her name for being considered as the vice-chair for supervision for the Central Bank.

The reason behind taking a step like that is to make sure that the other nominations will be allowed to move forward. “We are witnessing a drive to make financial risk a tawdry political issue,” she said.

In the tweet that surfaced this Tuesday in the account of a journalist in the Washington Post, Seung Min Kim, there were details about Raskin’s name withdrawal. According to the tweet, Raskin Sarah Bloom Raskin, sent a letter to the President of the United States, Joe Biden mentioning that she will be withdrawing her name as the nominee for the next chairperson of the Federal Reserve Board.

The reason cited in the letter was relentless attacks by some special interests. In the letter, there was also a reference to the different Republican lawmakers. She said that they had their nomination “held hostage” ever since the talks were going on in the month of February.

“Their point of contention was my frank public discussion of climate change and the economic costs associated with it,” mentioned Raskin. “It was — and is — my considered view that the perils of climate change must be added to the list of serious risks that the Federal Reserve considers as it works to ensure the stability and resiliency of our economy and financial system.” She also added: “The identification and prioritization of economic threats are not only within the mandate of the Federal Reserve but essential to the well-being of the country.”

Though Democrats currently hold a slight majority in the U.S. Senate with Vice President Kamala Harris able to act as a tie-breaking vote, West Virginia Senator Joe Manchin said on Monday that he was opposed to Raskin’s nomination, suggesting that the political party was unlikely to push through Biden’s pick without Republican support. On Tuesday, Senate minority leader Mitch McConnell reportedly called on the U.S. president to submit a new candidate for the Fed vice chair for supervision.

In February, lawmakers on the Senate Banking Committee were scheduled to vote on Raskin’s nomination as well as those of prospective Fed chair Jerome Powell, vice-chair Lael Brainard, and board members Lisa Cook and Philip Jefferson. However, Republican lawmakers reportedly boycotted the meeting over allegations by party members that Raskin lobbied the president of the Kansas City Fed in 2017 for access to its payments systems on behalf of Reserve Trust.

Raskin was a board member of the fintech firm at the time. In her withdrawal letter, she said the allegations “have been fully refuted and have no basis in law or fact.” “Rather than a productive and informed discussion about climate and financial risk, the country was treated to diversionary attacks on my ethics and character,” mentioned Raskin. “We are witnessing a drive to make financial risk a tawdry political issue.”

Pat Toomey, a really important member Senate Banking Committee, mentioned in his interview on Monday that all the Republicans were actually willing to move forward with the voting happening between Cook, Brainard, Jefferson, and Powell. However, Raskin was not included in the list.

According to ACH Crypto news today, without having a vote before the entire Senate, the nominees have had some difficulties in assuming the duties that they had for a fully-staffed Federal Reserve. The Federal Reserve Board actually ended up naming Powell as the chairperson and the Senate is supposed to provide confirmation on the 4th of February.