Blockchain in government services: How blockchain will revolutionise and that’s just the beginning 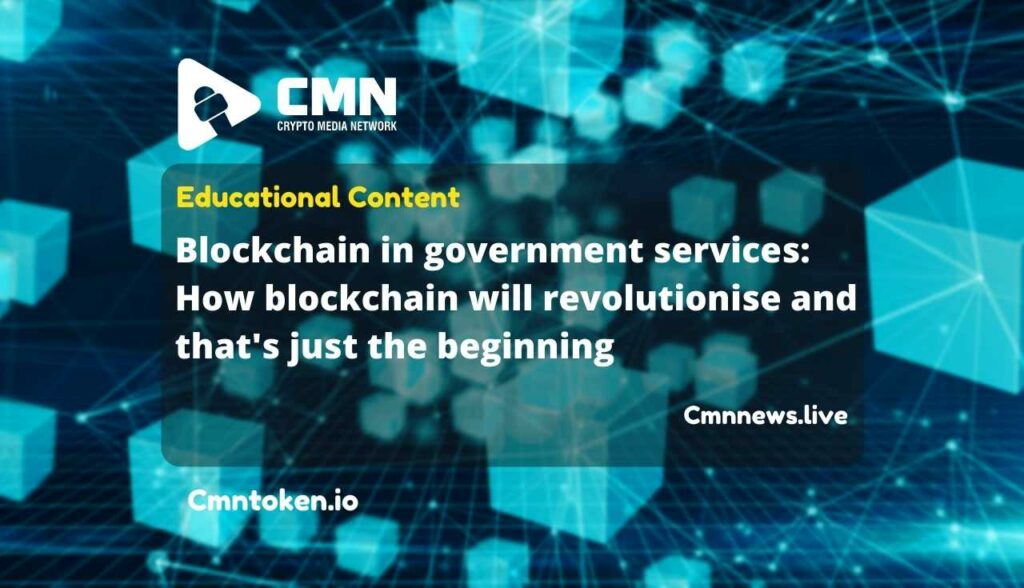 Blockchain in government services: How blockchain will revolutionise and that's just the beginning

Governments will not only use blockchain in government services for fundamental services such as identity and voting but also as a framework for economic growth.
A government’s mission is to provide fair and effective services to its citizens. Transparency and accountability often result in reduced efficiency and effectiveness or vice versa. Often, governments have to choose between improving one over the other. There are rare occasions when technology makes governments more efficient and equitable.

Also read: A discussion of cryptocurrency as a currency in real-world situations.

One of these technologies was the switch from paper records to computer databases. Internet access was another. The next one will be blockchain. Blockchain will not only improve the way the public interacts with government services, but it will also have a wide variety of economic and social implications.

In what ways can we see blockchain in government services?

Government services will be affected in a variety of ways by blockchain. The following examples illustrate some of the benefits.

Interacting with the public sector relies heavily on identity, but the current system has a number of flaws. We will examine two of them.
First, identity requires extensive and expensive infrastructure.
A strong national ID is a benefit enjoyed by developed nations, while many developing countries find it hard to provide one. Around 1 billion people lack official documentation of their identity, according to the World Bank.
Secondly, current identity systems lack security. In India, for instance, the Aadhaar biometric authentication system faces widespread fraud risks, including land transfers, passports, etc. Blockchain’s strength is aligned well with those weaknesses.
Blockchain development is decentralized, so its deployment and coordination are much less expensive than centralized design. The lack of trust makes her more secure. She can obtain loans and vote. As well as other things.

Purchasing through the public sector

In 2013, public procurement accounted for 29% of public administration spending in OECD countries. The public procurement cycle is rife with corruption because of its lack of fairness and transparency. Up to a third of investments in publicly funded construction projects can be lost to corruption, according to the OECD.
There are many ways in which blockchain-based solutions can affect the procurement cycle, including major reforms around stakeholder engagement and transparency. Based on the findings of this pilot project, blockchain-based e-procurement systems can provide unique benefits related to procedural transparency, permanent record keeping, and honest disclosure.

However, paper remains the dominant voting method despite the digital age. This is understandable given how important elections are to the democratic process. Cost, time, and integrity are all issues associated with paper-based systems. It has met with mixed success since its implementation as a paper-based substitute for electronic voting machines. The Brazilian DRE was introduced in 1996, but there are still security concerns.

Although the DRE in the U.S. was introduced in 2001, adoption and progress have slowed due to the numerous incidents associated with DRE machines.
Even though blockchain is a relatively new technology, it can already reinforce current voting systems, not replace them. As an example, our company in collaboration with the University of Indonesia created a paper-based independent verification system based on blockchain development to secure the results of the April 2019 elections in Indonesia. Twenty-five million votes were reported within hours of polling stations closing. However, the official results were not released for weeks.