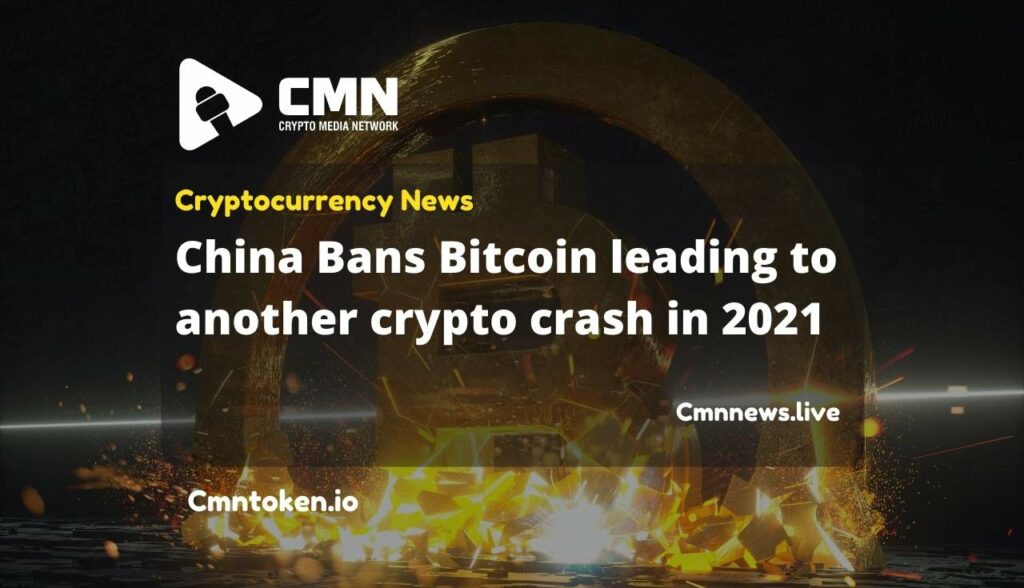 China Bans Bitcoin leading to another crypto crash in 2021 - CMN

The People’s Bank of China also said that china bans bitcoin and it will bar financial institutions, payment companies and Internet firms from facilitating cryptocurrency trading, and will strengthen monitoring of risks from such activities.

China bans bitcoin, how else does china act as a catalyst to contagion

Global investors who own China Evergrande Group’s 3333, -11.61%  U.S. dollar bonds were in the dark Thursday about whether the property giant would make a key interest payment, a major test of the highly indebted developer’s ability to avoid a default.

Evergrande was on the hook to make $83.5 million in coupon payments on Sept. 23 on dollar bonds with a face value of $2.03 billion. As of late afternoon in New York on Thursday, bondh olders hadn’t received the money, according to people familiar with the matter.

The company could make the payments belatedly and it has a 30-day grace period before bondholders can call a default. A missed payment would set the stage for what could be the largest-ever dollar bond default by a company in Asia.

ALSO READ : $500 Billion Evergrande time bomb no one is talking about

Crypto Crash? How does it affect?

Here’s a tweet thread by a trader that explains the recent events and analysis revolving around Evergrande. The tweet recently went viral and Michael J Burry shared it over his timeline. Yes, The 2008 Michael J. Burry.

Tuesday’s selloff is the most significant break in the rebound that had lifted Bitcoin almost 75% since late July. Overall cryptocurrency market value fell about $300 billion on Tuesday.

Amid speculation as to whether China’s second-largest property developer, Evergrande Group, will default on its $300 billion in debts, analysts are wondering whether the firm’s collapse could pose contagion risks or crypto crash for the crypto industry.

An economist from Australia posited recently that Tether (USDT) could have exposure to the debt monster Entergrande through its dominance as a BTC-to-USDT pairing, warning that Bitcoin (BTC) may comprise one of Entrgrande’s counterparties. However, Tether has denied this.

In its latest attestation, Tether reported holding $30. 8 billion of its $62.8 billion in assets in commercial paper, making the company one of the top 10 holders of the instrument worldwide, according to the Financial Times.

There are concerns Evergrande’s collapse could affect the commercial paper market dramatically, Reuters telling us the firm is “the world’s largest issuer of commercial papers,” representing $32 billion in assets by late 2020.