Chingari announces its NFT roadmap with the help of $GARI token 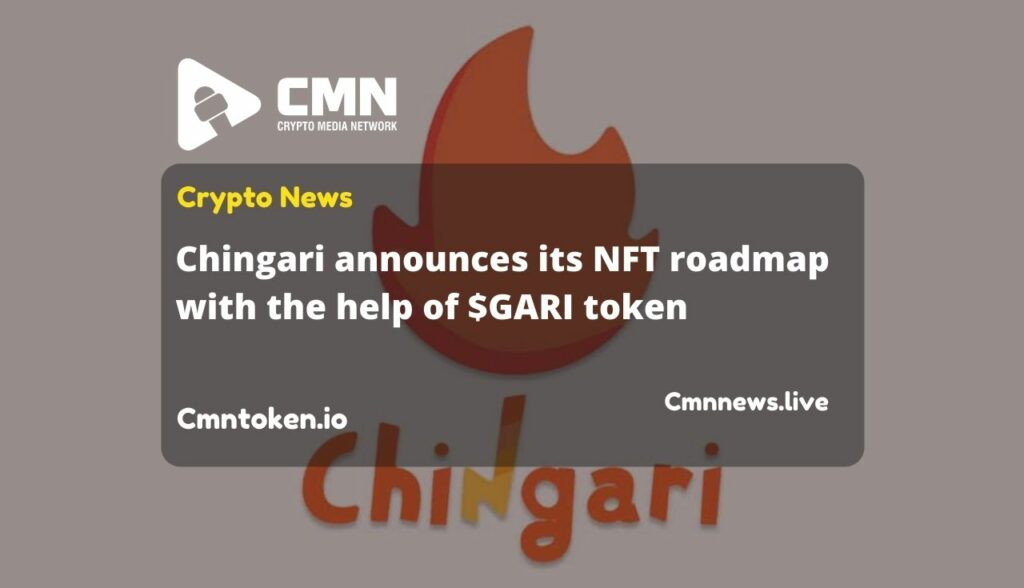 An important development in the NFT domain is the launch of $GARI, the first token of the Chingari short video platform. An online marketplace for NFTs is soon to be launched. Vaani Kapoor and Salman Khan, prominent Bollywood personalities, attended the event.

Over $19 million was raised from investors and venture capital companies in the organization’s recent funding round. There were over 30 companies involved in the funding round. The $GARI token is the center of the economy created by the organization. Using this token, social media users can easily share the platform on their social media accounts, increasing the platform’s awareness and attracting more users.

Chingari is a social media platform that was launched in 2018 and has become very successful since then. In addition to uploading and downloading short videos, the app offers a variety of utility features. Among other things, it offers users the ability to shop within the app for various items, including merchandise. The platform will be keenly watching the popularity of this particular move and whether it proves to be a masterstroke.

Craze of NFTs in India

This represents a huge step forward for artists. It not only welcomes new collectors, but it also broadens the concept of “artist” to include everyone from meme producers to TikTok creators.

The use of NFTs is increasing in India.  Bollywood stars have taken to this method of connecting with their fans and interacting with them. NFT has already announced that Bollywood star Amitabh Bacchan will make a debut there.  The NFT collection launched by Salman Khan with BollyCoin recently.