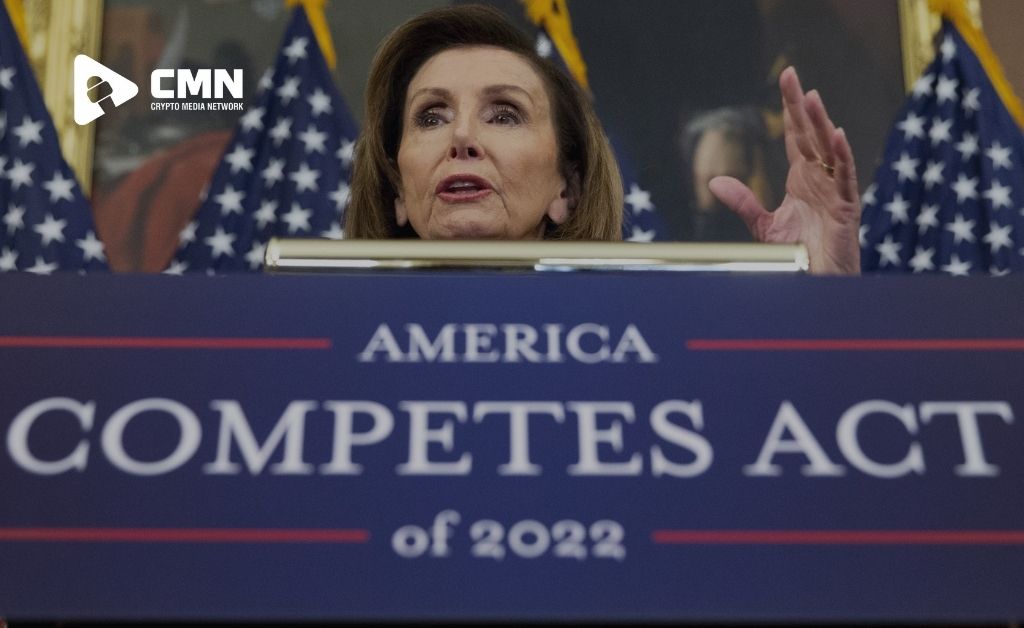 A provision that was previously included in the bill actually had the critics making certain statements that the Treasury Secretary wouldn’t have properly had certain limits on the surveillance of the different crypto firms that were suspected of doing different illicit transactions. Also, they speculated that the matter wouldn’t have been opened up to the public in the first place, according to cryptocurrency today update.

A particular piece of legislation that was solely aimed towards addressing the different issues related to the Supply Chain in the United States of America has managed to properly pass the House of Representatives without any hindrances.

The bill was centered on keeping the business as well as the economy of the country in a competitive state. However, there was a provision to be included in the bill regarding the provision of providing the Treasury Secretary the authority and power to shut down different crypto exchanges. However, despite the assumptions of the critics, such a provision was not included in the bill which came as a pleasant surprise to the community of cryptocurrency in the best way.

The COMPETES Act Passed By the House of Representatives

In the vote that was conducted on Friday, the House of Representatives managed to properly pass the COMPETES Act mostly along the different lines of the party without any hindrance. The provision that was originally proposed by a representative from Connecticut Jim Hines would supposedly have allowed the Treasury Secretary to have fewer limits on the surveillance of different financial institutions and crypto exchanges that were allegedly in connection with laundering.

The provision would have also ensured that the Treasury Secretary wouldn’t have had to disclose such a matter in public and provide a reason for such as act. However, the lawmakers managed to properly modify all the wrongdoings in the bill in an efficient manner earlier this week in order to safeguard all the restrictions that are currently to be followed under the Bank Secrecy Act.

Before Himes essentially managed to reverse this particular part that he included in the provision, Coin Center, which is a non-profit advocacy group for the policies of cryptocurrency managed to criticize the entire legislation for potentially providing the treasury secretary with so much power.

According to the group, the Treasury Secretary would be provided with unilateral and unchecked power to impose a ban on cryptocurrency exchanges along with some of the other different financial institutions that are engaging in different transactions related to cryptocurrency.

North Carolina Ted Budd who is the representative of North Carolina also made a proposition for the proper modification of this particular provision by stating that it was a pretty massive mistake in the first place.

“The Treasury Department should not have unilateral authority to make sweeping economic decisions without providing full due process of rulemaking,” mentioned Budd in a statement on the 27th of January. “This draconian provision would not help America compete with China, it would employ China’s heavy-handed playbook to snuff out financial innovation in our own country.”

This particular bill that has been passed by the House of Representatives would probably be moved to the Senate now. In the Senate, there might be different amendments made to the bill by other lawmakers that work for the Government of the USA. In case both of the chambers make the approval on the bill, the President of the United States of America will then put his signature on the bill, thus making it a law.

Also Read: According to News Reports, North America To Lead in the Growth of Blockchain Market