Crypto.com To Air A Major Campaign Supporting Ukraine During the Academy Awards 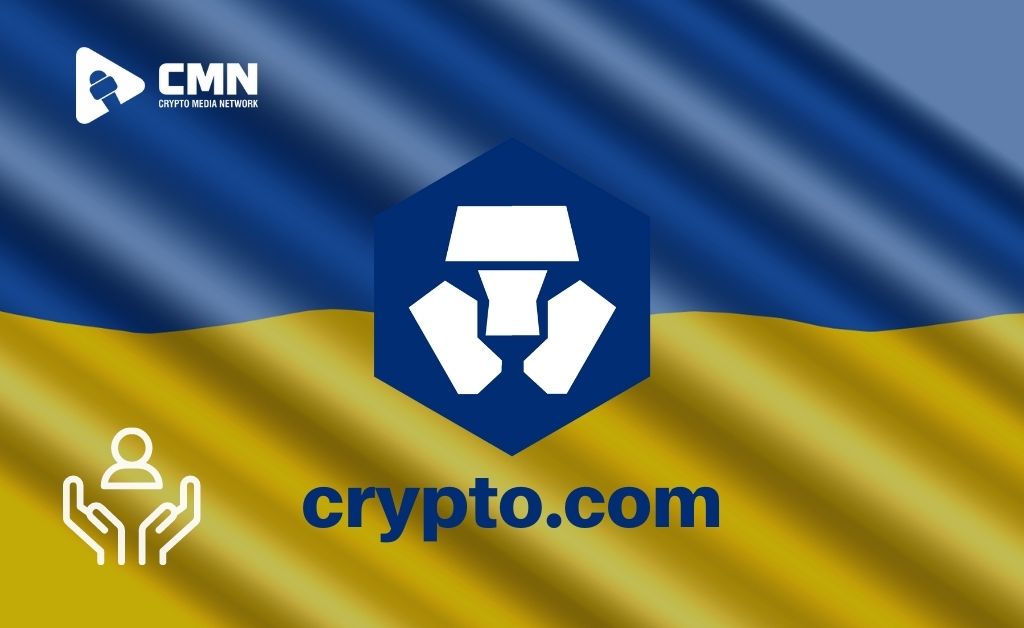 Ever since Russia made the decision to declare war on the nation of Ukraine, support has been coming from all the nations and their financial institutions in favor of Ukraine. According to news reports of crypto best sites, Crypto.com, one of the popular cryptocurrency exchanges has been added to the list of institutions that are rallying for Ukraine.

According to news, Crypto.com will be airing a major campaign in favor of helping Ukraine during these difficult times. The campaign will be aired during the 94Th Academy Awards that is to take place this year. This move by Crypto.com will definitely be a huge help to Ukraine ever since the nation was invaded by Russia.

The platform will try to match most of the donations that have been made by the people in the form of fiat currencies, crypto, and NFTs. This whole campaign is towards the humanitarian help that is to be extended to Ukraine during such perilous times.

The donations will be forwarded to Ukraine on the 31st of March in order to ensure that people in the country don’t have to go through such tough times. This plan of the cryptocurrency exchange has been welcomed by the people of the crypto community as they are in support of Ukraine during the war.

This Wednesday, an announcement was made by the CEO of Crypto.com, Kris Marszalek regarding the airing of the campaign in the Academy Awards. He mentioned that the exchange has created a partnership with the International Committee of Red Cross, or ICRC. The main goal of the campaign was to ensure that the proceeds were to be forwarded to Ukraine on the 31st of March.

Ukraine to Receive Help From Crypto.com During War

In a Wednesday announcement, Crypto.com CEO Kris Marszalek said the exchange had partnered with the International Committee of the Red Cross, or ICRC, to launch a campaign aimed at helping those suffering under war-torn conditions in Ukraine.

The CEO did not specify what the campaign would entail, but the platform already allows donations in crypto, fiat, and nonfungible token purchases to the humanitarian network Red Cross Red Crescent. The exchange will match up to $1 million in donations until March 31.

“The humanitarian crisis caused by the conflict in Ukraine continues to escalate, and I believe it’s our responsibility to support those in need,” said Marszalek. “Throughout this tragedy, the entire cryptocurrency community has come together to show the world who we are, our values, and the importance of what we’re building.”

According to the ICRC, more than 3.6 million people have fled Ukraine as of March 24, which marked a month since Russian military forces invaded the country. Reports out of Ukraine suggest millions of people are facing food and water shortages, lack of medical care due to many hospitals being damaged or destroyed, and displacement after being forced to leave the eastern parts of the country.

Many private businesses are facilitating donations of digital assets including Bitcoin (BTC) and Ether (ETH) towards helping Ukrainians. In addition to Ukraine’s government accepting crypto donations directly through wallet addresses provided by the Ministry of Digital Transformation, the legislative body partnered with exchanges FTX and Kuna and staking platform Everstake to launch a donation website on March 14. Cointelegraph reported that as of March 9, many charities, relief organizations, and government wallets had received roughly $108 million in crypto toward helping Ukraine.

In addition to its efforts for Ukraine, Crypto.com announced on Tuesday it would be an official sponsor of the 2022 FIFA World Cup in Qatar scheduled to begin in November. The exchange has made a major marketing push in the last year, partnering with many sports organizations, including the Australia Football League, Formula 1, and the Ultimate Fighting Championship.