Crypto companies listed among financial pyramids by the Bank of Russia 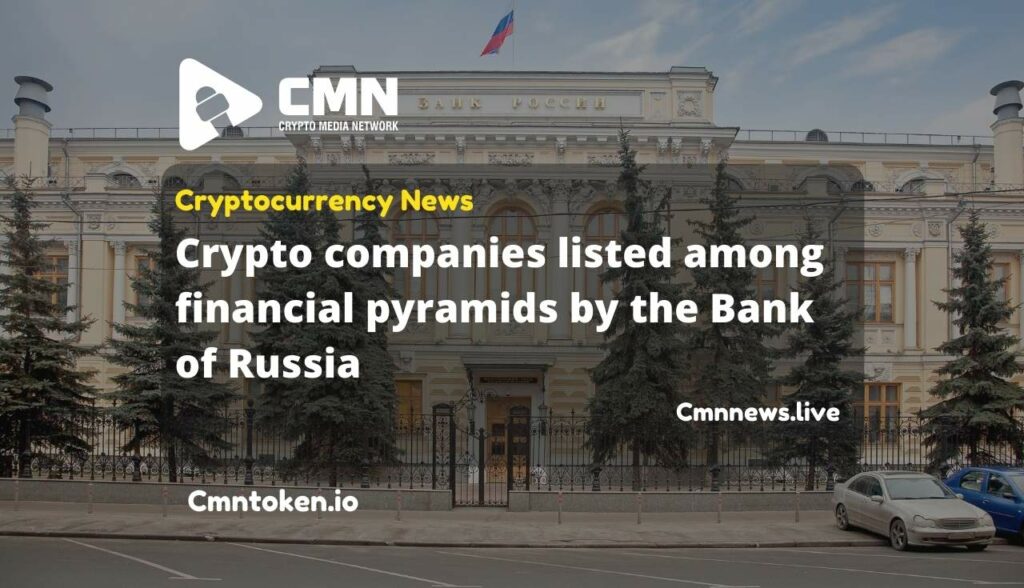 Among its financial sector monitoring activities, the Central Bank of Russia (CBR) regularly identifies illegal financial services providers and alerts Russian investors to fraudulent platforms. In this week’s update, the regulator added 105 new firms to its growing list of businesses that exhibit “signs of illegal activities in the financial market.”

According to the Central Bank of Russia

A number of crypto companies have been blacklisted by the monetary authority among the new entries. The majority of them have been classified as financial pyramid schemes. This category includes Bitflows, Bitkoresh, Bittrex-global, Crypto Invest Club, Idleminer, Miners Capital, and Money Miner. Another entity, Bitford, has been designated as an “illegal professional participant in the securities market.” According to the bank, banks and financial companies in the Russian Federation must be licensed or registered with the central bank or regulator before they can provide most financial services.

“If this condition is not met, then, most likely, the organization operates illegally, and consumers can be deceived,” the authority warns, pointing out that it is not legally obligated to compensate victims of illegal platforms. In a recent move, The Mars Company, the Moon Company, and TTM Group were blacklisted by the Bank of Russia because their promotional activities centered around the Finiko crypto pyramid.

In addition to the damages caused by the Ponzi scheme, which is one of the largest in modern Russian history, forklog has reported that the Ponzi scheme has caused $4 billion in financial damages. Chainalysis released a report reporting that the pyramid had received over $1.5 billion in bitcoins within less than two years.

CBR blacklisted Finiko in February and added 15 cryptocurrency projects in June, according to the crypto news outlet. “To suppress illegal financial activities, the Bank of Russia takes measures to block the websites of such companies, and also interacts with law enforcement and other authorized bodies, foreign regulators to apply other measures,” the authority explained.

Despite warnings from the Russian Central Bank, the adoption of cryptocurrencies has continued. Last week, its Deputy Chairman Sergei Shvetsov stated the bank would not support increasing access to crypto markets, insisting cryptocurrency is “highly risky and has signs of a pyramid scheme.” In September, the regulator advised banks to block cards and wallets used to transact with crypto exchangers, and in July, the bureau advised Russian stock exchanges to avoid trading crypto instruments.