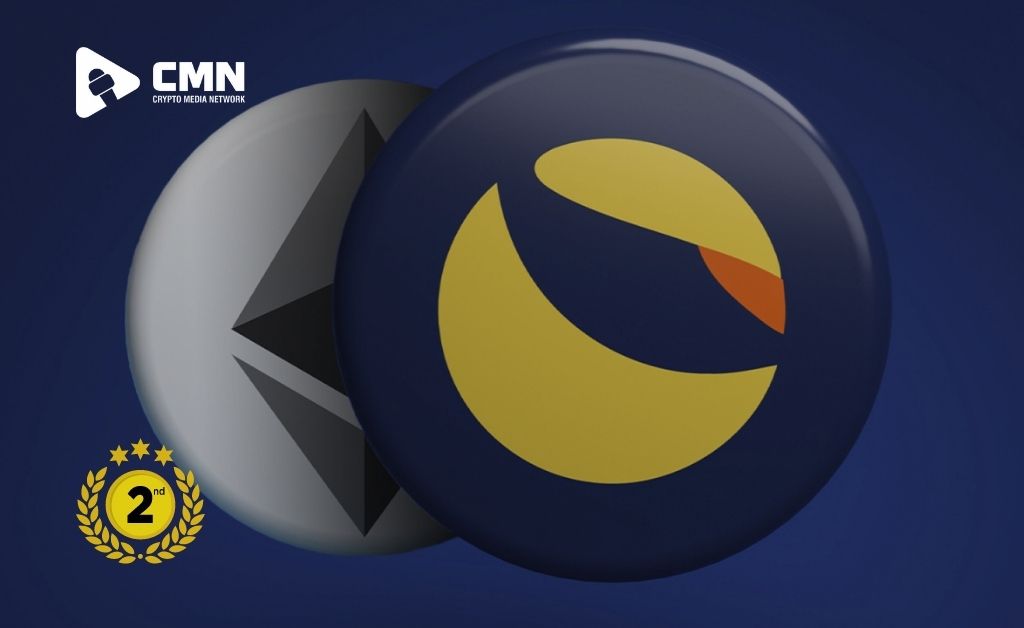 But, data from the Coinsquare cryptocurrency list is showing that there are about 226,325 different stakers that are totally accounting for about $29.5 billion worth of LUNA that is locked up. Hence, the network has been properly propelled to become the second-largest network for the staked value.

There has also been some data provided from Staking Rewards that indicate that Terra (LUNA) has taken the place of Ethereum in the terms of the staked value. Compared to the worth of LUNA that is locked up which is supposed to be about $29.5 billion, Ethereum is quite below at just $25.9 billion worth of ETH locked up.

Also, the data provided from the platform actually makes it pretty clear that there are about 226325 different stakers in the cryptocurrency of LUNA and hence it has definitely taken second place as a crypto asset with the most staked value.

The value is definitely 4 times more than the number that Ethereum has at 54,768. Solana is currently leading the staking charts with the staked value being about $35 billion in total. There are pretty high hopes that people have for Terra. If things keep on going like this, pretty soon, Terra might just be able to surpass Solana in the race as well.

When we are talking about the annual staking rewards, LUNA is estimated to yield 6.62% on average while Ethereum fetches 4.81%. The most rewarding out of the top 10 staked assets is Polkadot (DOT) with 13.92%.

Staking Rewards highlighted the actual change on the 1st of March, noting that LUNA staking had overtaken Ethereum, however, some users pointed out that data from DeFi Llama appears to contradict the figures dramatically. DeFi Llama’s data shows that Ethereum towers over its competitors in terms of a total value locked (TVL) of $111.4 billion, compared to LUNA’s TVL of $23.35 billion.

However, these figures incorporate collateral locked across DeFi protocols, not just ETH staked on the Beacon Chain, hence the discrepancy. The Beaconcha.in explorer currently reports 9.7 million ETH staked worth around $26.5 billion at current prices which is similar to Staking Rewards figures.

One trend that both data aggregators have confirmed, however, is that interest in LUNA has surged of late. Over the past seven days, LUNA’s TVL has increased 26.905% and sits well above third-placed Binance Smart Chain (BSC) at $12.03 billion worth of TVL.

Also Read: Here is how Terra investors use arbitrage to profit from ESCAPARATE and bLUNA

Metrics For The Results of LUNA Popularity

Staking Rewards has provided a clarification that the staked value, as well as the TVL metrics, are “entirely different,” as the latter can also include different assets that are collected or locked in particular decentralized finance (DeFi) protocols for certain features such as lending. The price of LUNA has gained a whopping 78.4% over the past 30 days to sit at roughly $92.84 at the time of writing, while its market cap currently totals $34.5 billion.

As it has been previously reported on Cointelegraph, the bullish recovery of the asset definitely comes off the back in the case of the Terra protocol actually burning about 29 million with of LUNA tokens that would be worth about $2.57 billion just last month. This particular move also coincided with the proper supply of different TerraUSD or UST – a particular stablecoin that has the backing of LUNA.

The supply increased in numbers and went to about 12.92 million tokens which was a 14.5% increase. According to Coinsquare cryptocurrency list, there is high hopes for Terra or LUNA to perform even better in the upcoming times.