Despite the Violence, NFT Projects are indeed Attempting to Restore Ukraine 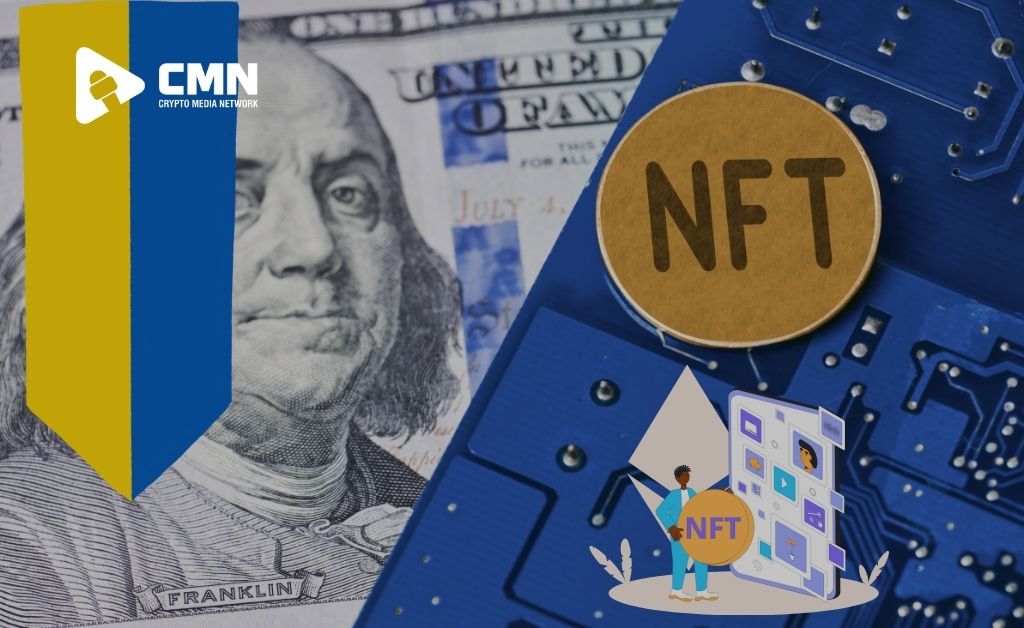 Ukraine is using NFTs to raise donations, demonstrating how decentralized and trustless blockchain technology can be.

The latest invasion of Ukraine has thrown the world into disarray, chaos, and geopolitical danger. Millions of investors have lost money due to global financial market volatility. The global economy is in shambles as a result of rising global inflation, fears of liquidity tightening, and interest rate hikes by the US Federal Reserve.

The delinking of SWIFT messaging services for major Russian banks is raising alarm among the country’s companies, as well as affecting other economies with strong Russian trade links. With Visa and Mastercard suspending operations in Russia, the interoperability of their payment systems and the daily folks who rely on them may suffer unimaginable consequences.

In the midst of all of these uncertainty, cryptocurrencies and other assets such as nonfungible tokens (NFT) are playing an increasingly important role in attempting to offset the effects of the Ukraine crisis.

Ukraine DAO has auctioned 10,000 NFTs of the Ukrainian flag on the Ethereum network, along with a unique NFT of the flag, thanks to a partnership between Nadezhda Tolokonnikova, digital artist Trippy Labs, and artist collective PleasrDAO. It has raised approximately $6.7 million for Ukraine’s military so far.

Through a service called Party Bid, an NFT of the Ukrainian flag sold for 2,258 Ether (ETH) ($6.5 million at press time). The Come Back Alive organization, which aids Ukrainian military, volunteers, and their families, received 100% of the proceeds from the NFT sale.

Children must be Saved

7.5 million children in Ukraine are caught in the middle of the conflict, at risk of being displaced, traumatised, having their schooling interrupted for an extended period of time, and losing their family’s income.

Save the Children has raised funding to assist families that have been disproportionately affected by Ukraine’s conflict. Crypto contributions are included in the initial $19 million worth of pleas on its donation page. Bitcoin (BTC), Ethereum (ETH), USD Coin (USDC), Cardano (ADA), and Dogecoin (DOGE) are among the more than 60 cryptocurrencies accepted by the organization.

Over 500 Ukrainian artists met to submit artwork for a new NFT collection that will be sold through Holy Water to generate funds for Ukraine’s people. The artists are represented by some of the country’s most prestigious galleries, including Port Agency, Izolyatsia, and Ugallery. The starting bid for each NFT will be 0.08 ETH. They want to raise a minimum of $1 million.

Vladimir Manzhos, aka Waone Interesni Kazki, a well-known modern Ukrainian artist, is selling NFTs of his most renowned paintings, which are influenced by surrealists and Ukrainian folk stories. Half of the funds raised will go to Ukrainian war organizations for defence and medical supplies.

The goal is to raise $7,000 by selling non-framed prints of paintings like “The Seed of a Good Idea,” “Beta to Alpha Transition,” and “Prisoned Mind.” These are one-of-a-kind NFTs that retail for $290 each.

The first is a minted NFT carrying the image of a Roameo created by Robotic Assistance Devices. The second is a minted NFT holding the image of a Roameo produced by Robotic Assistance Devices. An online auction is now being held to gather funds. The second option is to donate to a Ukrainian humanitarian agency that has been certified by the International Red Cross, according to a GoFundMe page set up by CEO Steve Reinharz.

The appeal raised $54.7 million for the Ukrainian government and non-governmental organizations in Ukraine, with a lesser portion going to the Come Back Alive organization

Several cryptocurrency investors regard the Russia–Ukraine crisis as a game-changer that might solidify the utility of cryptocurrencies and blockchain technology in people’s eyes, while it’s still too early to say whether this will influence how governments around the world view crypto assets and NFTs. What we do know is that digital assets like NFTs are assisting a struggling country in raising funding to protect its frontiers.