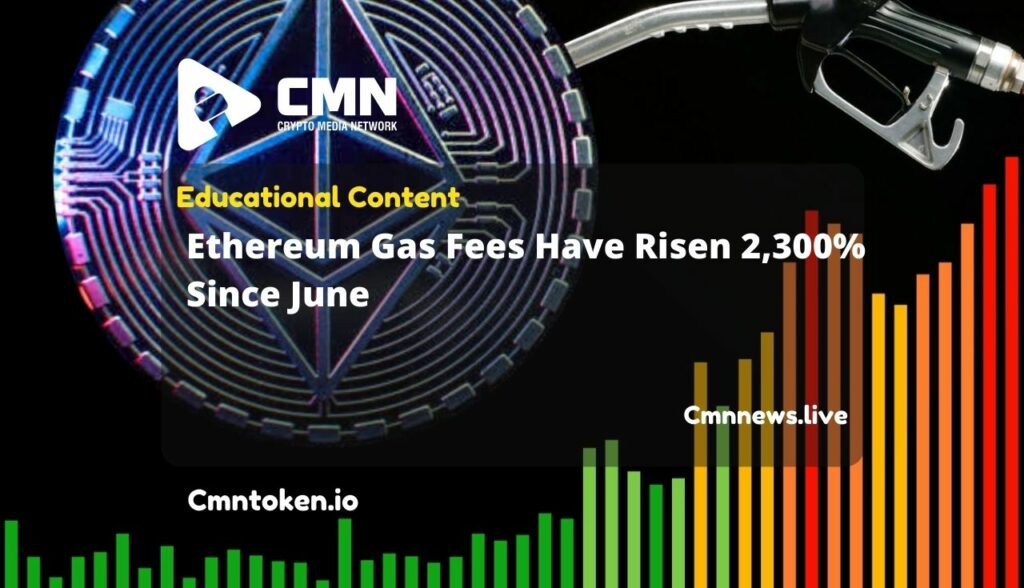 Ethereum gas fees has risen as a result of this week’s ‘Altair’ upgrade.

The average transaction fee on Ethereum is soaring at $51.45, according to data from crypto metrics site BitInfoCharts. The figures show an increase of 2,293% since late June.

The average transaction fee on Ethereum was $22.52 just seven days ago. Ethereum gas fees have been particularly volatile this month. The average fee on October 15 was $45.74, almost double the figure on the first of the month: $23.79.

Despite wild variations — often between days — in the price of Ethereum transactions since the London hard fork back in August, the gas fees on the network are trending upwards.

It’s worth noting that BitInfoCharts provides a figure based on yesterday’s average transaction fee. On Etherscan, the real-time transaction fee at the time of writing currently averages at ($16.22)

Why are Ethereum gas fees rising?

When Ethereum demand rises, transaction fees rise. In the middle of last week, the prices of Ethereum and Bitcoin both reached new all-time highs.

A total of $2.63 trillion is the market capitalization of all cryptocurrencies combined. Among those, Bitcoin commands $1.1 trillion, and Ethereum is second with a respectable half a trillion dollars.

Trading volumes for the last seven days roughly correlate with the doubling of the average transaction fee on Ethereum since last Saturday. Over the past two days, Ethereum has traded for $26 billion, up from $14.7 billion on Saturday.
Ethereum’s recent price performance and trading activity are likely related to the excitement around the blockchain’s latest network upgrade. Altair is an upgrade to Ethereum 2.0-a faster, greener, cheaper, and more secure Ethereum network.

However, the network has a long way to go before it can deliver on its promise of lower gas rates. However, today’s price performances are a strong indicator that many are getting on board.