First Bitcoin ETF is here, What to expect next? 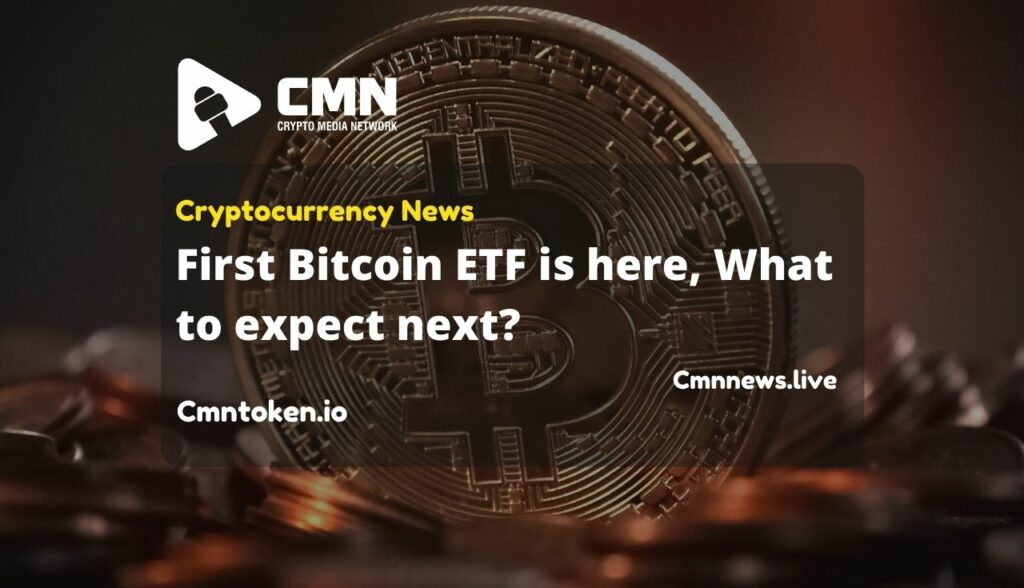 First Bitcoin ETF is here, What to expect next? - CMN

The New York Stock Exchange is now home to the world’s first Bitcoin ETF.   Asset managers have been filing for a Bitcoin ETF with the Securities and Exchange Commission since 2013, making this a historic event.

Investing in Bitcoin ETFs in the United States could expand the market’s scope and relevance as the market becomes more prominent. Bitcoin can now more easily be added to portfolio, and retail investors have a tax-compliant way to invest in cryptocurrency.

Here are the probabilities of various Bitcoin ETFs being approved. 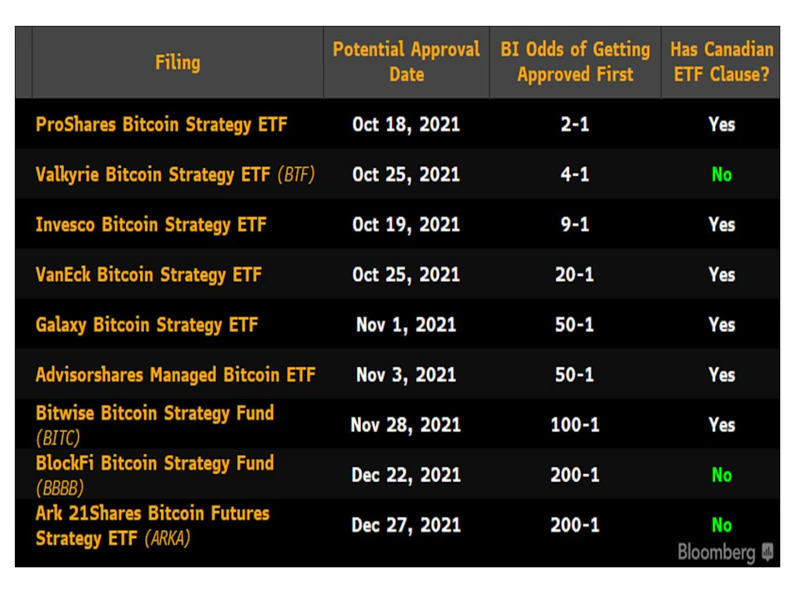 Investing in an ETF will provide institutional investors with the liquidity and convenience of exiting and entering positions without going through any OTC services. The assets in digital wallets are not subject to custody or security concerns. Even though large crypto investors in the United States have access to key management and custody services, an ETF will provide a more familiar and accessible pathway to crypto for them.

Then again, it’s possible that we could also see a physical Bitcoin ETF soon, especially given that the most common complaint investors and regulators had about Bitcoin relates to its energy usage. Increasing Bitcoin mining activity in the US could create greater confidence among regulators and institutions in using BTC as an asset now that more bitcoin mining is occurring in the country.

We have already seen a greater demand for the BITO than we expected. Its natural volume was larger than any other ETF launch on day one. As of its 2nd day of trading, BIO has US$1.1 billion in assets under management (AUM), surpassing gold’s record of 18 years after it also became the fastest ETF to reach $1 billion. By close of trading, its net asset value had increased by 4.9% to $41.94. There is clear interest in BTC in the United States. It is interesting to note that most of the initial demand for BITO came from retail markets, as compared with the number of large orders-known as “block” trades-used by institutions.

The Grayscale Bitcoin Trust GBTC, the world’s largest bitcoin fund, has filed with the SEC for approval as an exchange-traded fund. This came the same day as the debut of the first bitcoin futures ETF in the U.S., ProShares Bitcoin Strategy ETF BITO.