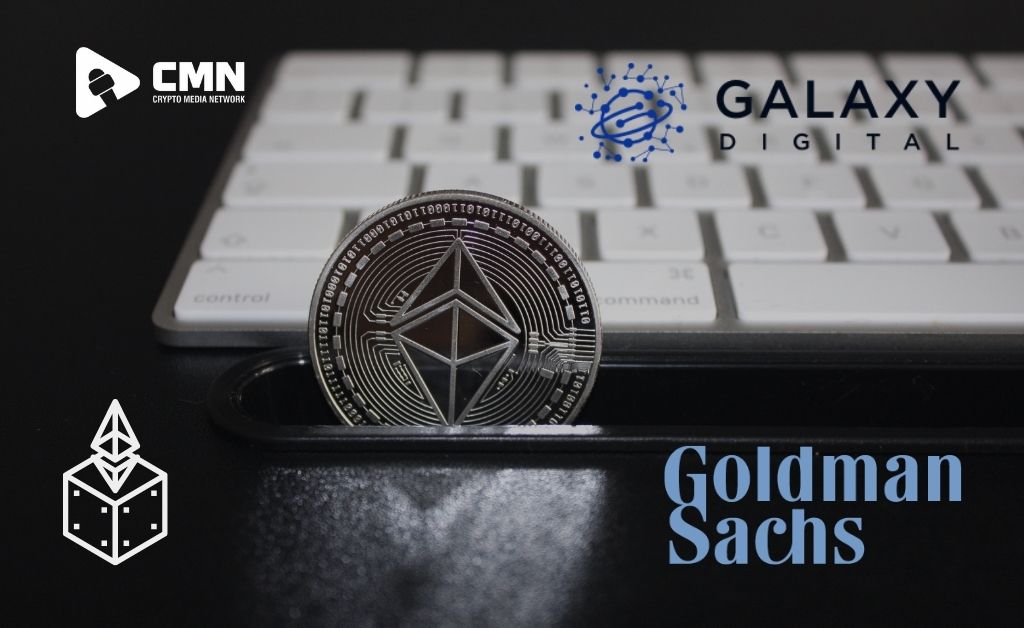 Goldman Sachs and Galaxy Digital have teamed up once more to help the former’s clients obtain full opportunities to the crypto business, which the latter excels at.

According to a new Securities and Exchange Commission filing, Goldman Sachs has been selling customers exposure to ETH through Galaxy Digital’s Ethereum Fund.

Clients of Goldman Sachs who want to invest in Ethereum (ETH) on the spot have been offered a position in Galaxy’s ETH Fund. Goldman was mentioned as a receiver of introduction fees for introducing clients to the fund in a Galaxy filing dated March 8, revealing this practice.

Galaxy Digital is a crypto-focused financial services company founded by billionaire Mike Novogratz. As of the end of Q4 2021, it had $2.8 billion in assets under management (AUM).

The exact amount purchased by Goldman clients is unknown, but the minimum investment per investor is $250,000. Galaxy’s ETH Fund has made sales of just over $50.5 million since its inception, according to the filing.

CAIS Capital, an independent asset management business, was also named as a receiver of placement fees for sending its clients to Galaxy’s ETH Fund in the petition. Goldman’s introduction fee and CAIS’s placement fee were not revealed.

In a LinkedIn article, he stated that he will oversee global financial operations to “embrace opportunities afforded by digital assets and its ecosystem.”

Lloyd Blankfein, Senior Chairman of Goldman Sachs, is likewise intrigued by the crypto area. In view of extraordinarily high inflation rates and individual bank accounts being frozen around the world, he wondered on March 7 why cryptocurrency was not “going through a phase.”