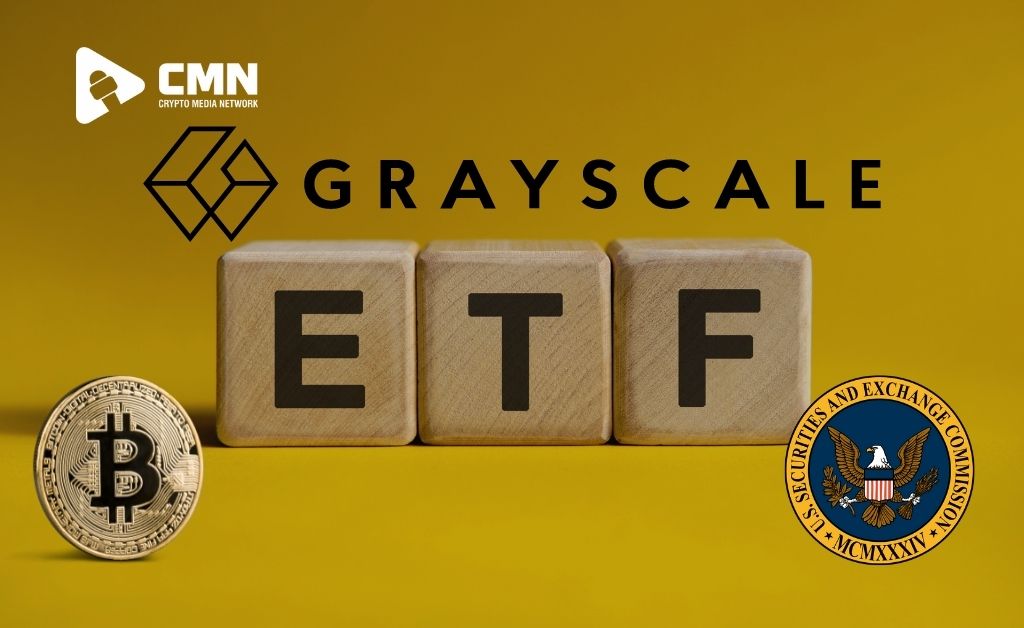 Apparently, Grayscale which is a digital currency company has been gearing up for a legal battle against the SEC or the Securities and Exchange Commission regarding the fate of the Bitcoin ETF that it has.

Legal battles can be pretty messy as they come and according to the latest news in cryptocurrency today, there is a huge battle that is to take place between Grayscale and the Securities and Exchange Commission.

According to the CEO of the company, they have many options, and everything is kept on the table. The company has been planning to use all the resources in order to properly convert the Bitcoin flagship trust that they have. So, this has definitely called for a legal battle between two important organizations for sure.

Grayscale CEO Plans to Use All Resources for Bitcoin ETF

The battle that has been set up between the Securities and Exchange Commission and Grayscale, a digital currency company is all the talk of the town. The CEO of the company Grayscale, Michael Sonnenshien has mentioned that they have planned to use their resources to win the battle.

He has provided a confirmation that a legal fight will take place in case the Bitcoin Sport ETF product that is to be launched by the company is denied by the Securities and Exchange Commission or the SEC is situated in the United States. He also mentioned that the company has been gearing up to fight for the spot and will not be giving up that easily.

On the 29th of March, Michael Sonnenshien, the CEO of Grayscale sat down for an interview discussing the future of the Bitcoin ETF. The CEO was asked if he was considering the APA or the Administrative Procedure Act lawsuit option in case the application for the Bitcoin Spot ETF was denied by any regulator.

“I think all options are on the table,” he responded, highlighting the importance of continuing to advocate for investors. The next decision date for the approval or denial of the investment product is July 6, 2022, it was previously delayed in February, and was originally filed in October 2021.

“The Grayscale team has been putting the full resources of our firm behind converting GBTC, our flagship fund, into an ETF. It’s really important that investors know that we have and will continue to advocate for them.”

Grayscale announced in October 2021 that it was planning to convert its Bitcoin Trust, GBTC to a Bitcoin (BTC)-settled ETF. The SEC delayed a decision to approve the product in December 2021, citing that a longer period was needed to consider the proposed changes, their action was repeated in February.

The SEC opened the changes proposed by Grayscale to public feedback. The feedback received by the regulator showed that 95% of respondents were in support of the conversion, according to an analysis taken in February. Grayscale dedicated a portion of its website to encouraging investors to submit comments to the SEC.

“GBTC today is owned by investors in all 50 states, and there are actually now over 800,000 accounts in the U.S. all waiting patiently to have it converted into an ETF,” Sonnenshein said.

“It was really a very exciting announcement that we now have Bitcoin futures ETFs out in the market, but unfortunately, that’s forced investors into those Bitcoin futures products, because those are the only ones that exist.”

Sonnenshein also added that Grayscale got proper encouragement from the support that the SEC provides to the different crypto exchanges that are still in the process of registering with the regulator. Also, the recent order that was passed by the President of the United States, Joe Biden regarding cryptocurrencies further cemented the encouragement for the company according to the CEO. He said, “Ultimately, we believe it’s a matter of when, not a matter of if a spot Bitcoin ETF is approved.”

Also Read: First Bitcoin ETF is here, What to expect next?