In April: the Leading NFT Marketplace Opensea will Support Solana 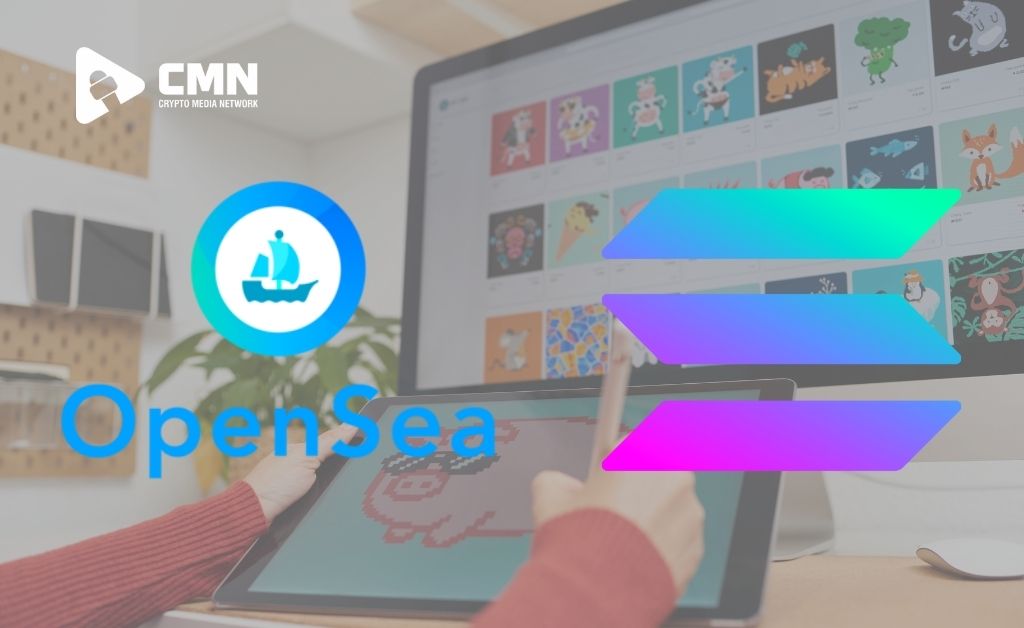 Opensea, the world’s largest non-fungible token (NFT) marketplace, expects to support Solana in April. The announcement comes after numerous reports that the business would be introducing Solana in the near future.

Following a Flurry of Rumors and Speculation, Opensea Today Confirms its Support for Solana

Solana’s Support is Confirmed by Opensea According to a teaser video the company put out on March 29, Opensea has announced it will be adding Solana (SOL) support in April, following a slew of rumors and speculation. With $23.5 billion in total sales, Opensea is the largest NFT marketplace of all time. The $23.5 billion was split among 1,417,562 traders, with an average NFT sale price of $930.59 per NFT this week on Opensea.

Ethereum, Klaytn, and Polygon are the three blockchain networks that Opensea currently supports. The fourth blockchain to join the NFT marketplace’s current protocol lineup will be Solana (SOL).

Solana (SOL) is the seventh-largest cryptocurrency by market capitalization and the third-largest smart contract platform coin by market valuation (at the time of writing). SOL has gained 33.1 percent versus the US dollar in the last week, and is up 537 percent year to date.

Many people expected Opensea to support Solana, and speculations regarding Phantom wallet support (a Solana-based wallet) began to circulate after Solana advocate @bhaleyart tweeted about it in mid-November 2021.

The customer captured a video of the incident, which shows Opensea’s site requesting credentials to access his Solana account through his Phantom wallet. Our newsdesk attempted to recreate the experience at the time, but after seeing the video, we were unable to do it with a Phantom wallet.

Solana is an open-source project that uses the permissionless aspect of blockchain technology to create decentralized financial (Defi) solutions. While the concept and first work on the project began in 2017, the Solana Foundation, based in Geneva, Switzerland, formally launched the project in March 2020. The Solana protocol is intended to make the construction of decentralized apps (DApps) easier. It intends to increase scalability by combining a proof-of-history (PoH) consensus with the blockchain’s underlying proof-of-stake (PoS) consensus.

Also Read: NFT-Backed Sculptures will be Initiated to the Moon by Jeff Koons