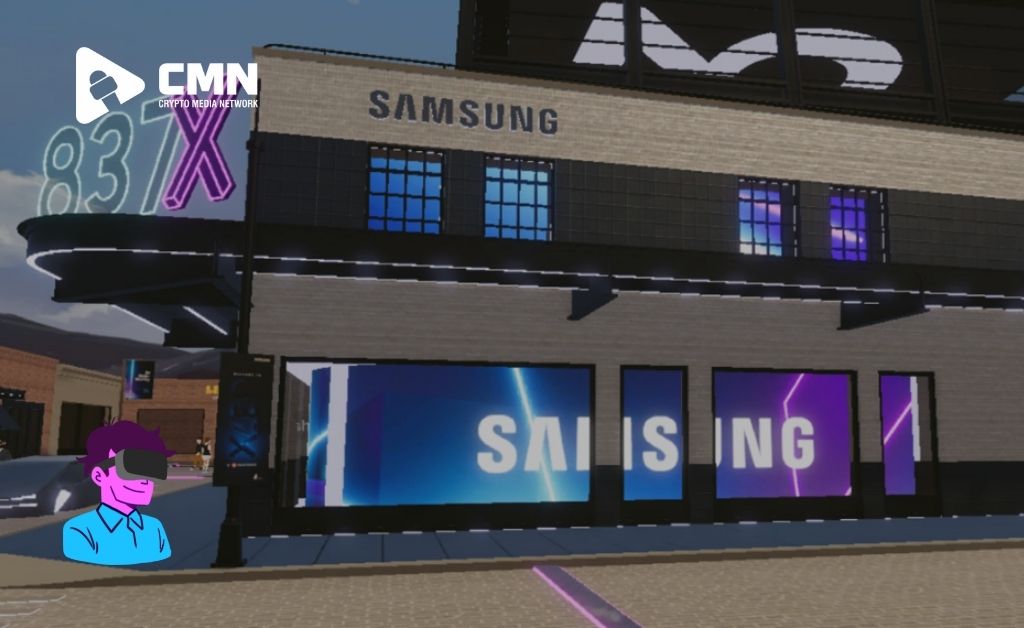 Samsung has invested $25 million in DoubleMe, a metaverse firm based in South Korea, after establishing their own Metaverse store dubbed Samsung 837X in January 2022. Some of South Korea’s largest corporations, such as Coentry Investment and NH Investment, have indicated significant financial support for DoubleMe.

Furthermore, significant worldwide corporations such as Orange, T-Mobile, and Vodafone have lent their support to DoubleMe.

Samsung and DoubleMe have Teamed up to Create a New Product

Heeyoung Kim, Michael Kuczynski, and Albert Kim are the creators of DoubleMe. In 2015, the metaverse startup was founded. Its primary goal was to provide cutting-edge technologies for the smooth conversion of 2D to 3D videos.

Without a doubt, DoubleMe is viewed as a little piece of the metaverse market puzzle. Everyone was captivated by DoubleMe when the business debuted TwinWorld, a metaverse platform focusing on Artificial Intelligence (AI) and Augmented Reality (AR).

They expected it to become a behemoth in the crypto and Metaverse worlds. Since then, TwinWorld has attracted a lot of interest from potential users, partners, and investors.

DoubleMe is Concentrating on Augmented Reality

The startup’s main goal with AR is to create a synergy between the physical and virtual worlds. And Samsung’s significant finance is a huge aid in accelerating the company’s growth.

The monies will be used to improve marketing, staffing, and product development, among other things. In addition, TwinWorld is scheduled to transition into its commercial version in the near future. DoubleMe, which is currently valued at $4.5 million, is rapidly growing, and Samsung’s latest funding is critical to its expansion.

South Korea is the NFT and Metaverse Space’s Leader

NFT and Metaverse are entirely owned by the South Korean government and commercial enterprises. It isn’t hyperbole to say that South Korea has devised a five-year strategy to become the country the world’s Metaverse leader.

This was signed up for by over 200 businesses in South Korea. It is unavoidable for the country. The country’s widespread crypto usage paved the way for technological advancements in the metaverse and NFT space.

The major firms, such as SK Group, LG, and Samsung, have projects in the works that are focused on the Metaverse and NFT markets as early as today. With the seed money from the partnering companies both locally and globally, DoubleMe has gotten a lot of traction.

Samsung has put money on a technology that is based on dreams. Companies like DoubleMe and Samsung, which foresee the future, are making it happen too quickly right now.