KuCoin has a Listing for the Mars4 Metaverse 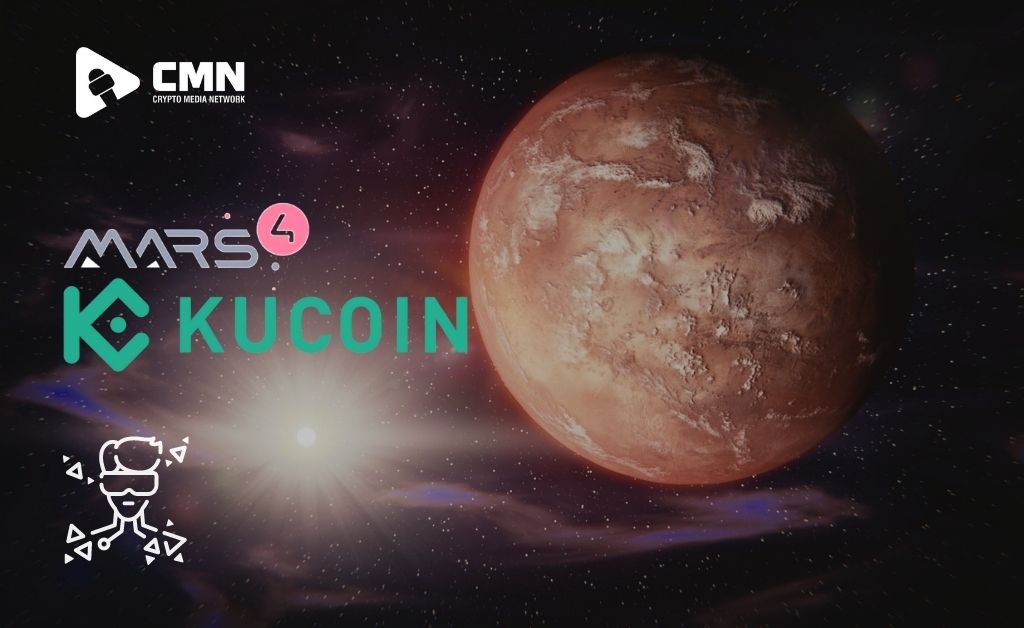 Humans have long wanted to go to other planets. The Moon Landing is still remembered as one of the most significant historical events of all time, inspiring people almost half a century later. Even the planets and moons of our Solar System are beyond our reach if it weren’t for the hard work and effort of the world’s many space programs. MARS4 Metaverse strives to make that ideal a reality.

What is MARS4 and how does it Work?

MARS4 is a blockchain-based initiative that is made up of three parts: NFTs, MARS4 currencies, and the eventual game. All of these aspects will be combined to create an interactive virtual Mars with its own economy. MARS4 will be a Play-to-Earn game, similar to many other blockchain games, in which NFTs and tokens will be used as tools to provide players with a rich and engaging Mars experience.

With MARS4, you may own a one-of-a-kind Mars land NFT based on NASA data. MARS4 land NFTs are already on the market and will play an important role in the forthcoming game, with their topography shaping the playable zones! Landowners will be able to explore and develop their land by building stations, houses, and utilizing the resources available.

The coin for the MARS4 project has now been launched on KuCoin as part of the project’s expansion. KuCoin is a well-known cryptocurrency exchange with over 11 million users worldwide. This listing gives MARS4 clients more options for purchasing and trading tokens.

MARS4 has also created a staking program, which can be accessed through the project’s website. The KuCoin listing coincided with the start of the staking program, giving investors greater alternatives when buying MARS4 tokens. SushiSwap, Bittrex, and Mexc all have MARS4 listed.

In the future game, MARS4 tokens will be used. The first playable version of the MARS4 game is expected to be launched in Q3 of this year, with a web-based Mars Control Center available from Q1 to Q2.

NFT land plot owners will be able to manage their assets using the browser-based Mars Control Center, which will allow them to engage in the NFT marketplace, examine owned NFTs, and receive money. The NFT economy generates yield in MARS4 NFTs.

This isn’t the only way to profit from Mars4. Mars4 is working on an intriguing and engrossing game that will benefit both players and landowners. Both landowners and players without land will be able to earn prizes from the game in a variety of ways.

Players will collaborate to survive in the hostile Martian environment, producing everything from food to oxygen to vehicle assembly. These items, which players can supply to one another, create the game’s player-built economy, and they can be bought and sold via the in-game market, which only accepts the Mars4 dollar as payment.

Also Read: Which is the Best Crypto Exchanges Website in 2022?

Players and landowners will be able to mint their own NFT products with the planned devkit, which will allow them to make additional tradeable furnishings and decorations for their survival habitats. Landowners who do not want to actively develop their lands can appoint land managers to oversee the development and rental of their properties to players.

Landowners also gain passively by earning a modest charge on any transactions done on their lands, which encourages them to develop their lands and recruit player-colonists, as well as a fee for all items carried between players who cross their territories. These mechanisms work together to establish a robust economy that allows players and landowners to shape Mars into their own personal paradises.

MARS4 is rapidly expanding and attracting additional cryptocurrency exchanges. The addition of MARS4 to KuCoin implies a better customer experience and greater options for users. Humans will take their first steps on Mars in the not-too-distant future.