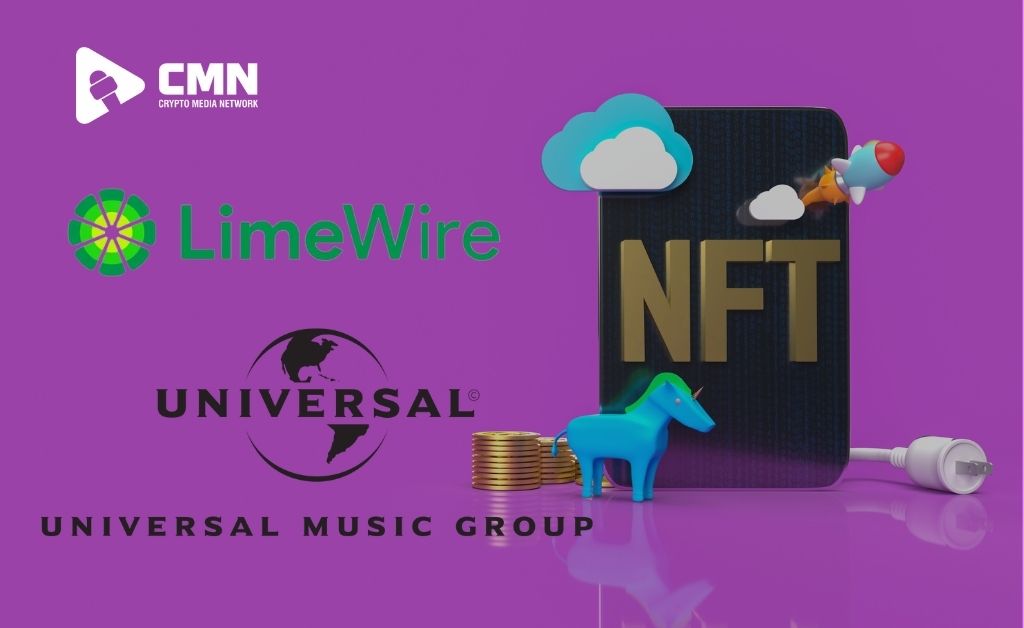 This collaboration aims to broaden the appeal of digital audio artifacts. LimeWire was offered licenses by Universal Music Group, allowing it to collaborate with its artists.

LimeWire, a digital collectibles marketplace, has signed a strategic agreement with Universal Music Group (UMG). LimeWire announced the agreement in a press release yesterday, stressing that non-fungible tokens are involved (NFTs). Both firms will work to make digital audio collections more accessible as part of this collaboration.

According to the news release, UMG artists and record labels will be able to use LimeWire’s Algorand-based NFT marketplace. Through digital collectibles and the web3 ecosystem, the marketplace will offer an extra platform for artists and labels to explore alternative ways to engage with fans.

The marketplace will also assist UMG artists and labels in generating new revenue streams.UMG granted LimeWire licenses to collaborate with its artists as part of this deal. This option makes it easier for new music-based NFT ventures to get started on the LimeWire marketplace.

“We consider this relationship as a true proof of the music industry’s rapid adoption of Web3.” We’re ecstatic to welcome Universal Music Group artists and fans into the LimeWire NFT ecosystem, and we can’t wait to see the first creative initiatives premiere on the platform.”

Returning with a Boom

“Now, NFTs offer an exciting medium for strengthening this bond between artists and spectators.” This is why we’re thrilled to be working with LimeWire, a company dedicated to guiding everyday consumers into this vast world of Web3 participation and music appreciation.“

LimeWire stated plans to reopen as an NFT marketplace in March, prompting this report. The startup raised $10.4 million in a private sale of its LMWR token a month later. Kraken Ventures, Arrington Capital, GSR, and DAO Jones were among the private sale’s investors.

LimeWire stated at the time that it plans to begin its official launch campaign this month and open its marketplace soon after. LimeWire will list digital collectibles in US dollars, unlike other NFT marketplaces.