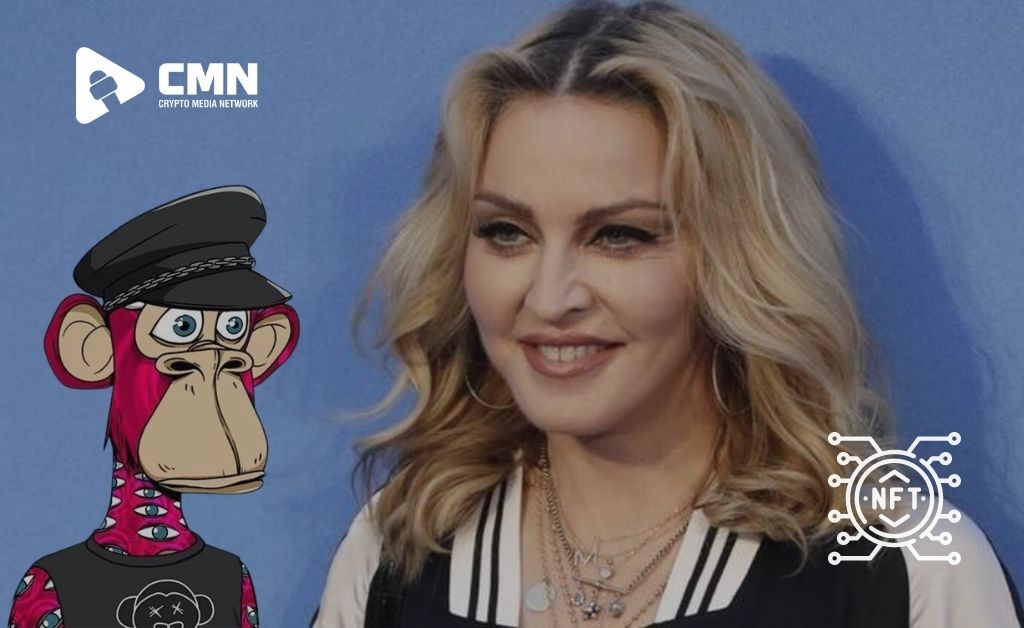 Madonna, the “queen of pop,” is the newest member of the BAYC. She is the latest celebrity to own a Bored Ape NFT worth more than half a million dollars.SHE updated her Twitter page with a Bored Ape.

The 63-year-old music star announced his entry into the Metaverse in a Twitter post after purchasing a Bored Ape NFT worth more than half a million dollars. Madonna purchased Bored Ape #4988, a six-trait DMT primate with an S&M hat and a sleeveless branded tee.

The newest transaction was carried out by MoonPay, a cryptocurrency custodian and payment processor that acts as a “concierge” service for celebrities interested in purchasing NFTs.

MoonPay purchased 180 ETH (about $564k) ten days ago, according to the latest statistics on the NFT marketplace OpenSea, which was subsequently sent to the singer’s wallet on March 23rd.

Even though high-profile artists are increasingly turning to NFTs, many fans on Madonna’s Instagram post were dissatisfied. Some criticized the singer’s decision, while others demanded that she remove the post. Another user expressed his dissatisfaction, saying,

“Madonna. I’ve always admired you, but this is a huge letdown.”

The music queen first became involved with bitcoin in 2018, when she teamed up with Brad Garlinghouse’s blockchain business Ripple to collect money for orphans in Miami.

The singer now joins a growing list of celebrities who have snatched an ape from one of the most well-known NFT collections. Justin Bieber, a Canadian musician, appears to have a taste for Bored Ape yacht club NFTs, having made two transactions in as many weeks, the most recent of which being $470k worth of ETH. Previously, he paid $1.3 million for a Bored Ape NFT (500 ETH).

The Bored Ape avatars are what’s known as a “generative” image, which is a form of NFT image. There are many different perspectives on this, with NFT pioneers Larvalabs, famous for their identical Cryptopunks avatars, being perhaps the oldest example prior to the boom.

In essence, a company like Larvalabs will create a set of avatar images utilising a random generation approach that mixes and matches character art parts, similar to how a video game character generator works. This assures that each image is one-of-a-kind. You can think of it as a set of trading cards, however, each card in the set is unique.

The monkey-trading begins after the original run of NFTs is purchased from the set’s developers. Owners of these NFTs can list them for sale to see if there are any takers, and there have been several. The NFT sales of the Bored Ape Yacht Club have surpassed one billion dollars. The current world record for a Bored Ape NFT is $3.4 million, while they usually sell for hundreds of thousands of dollars.