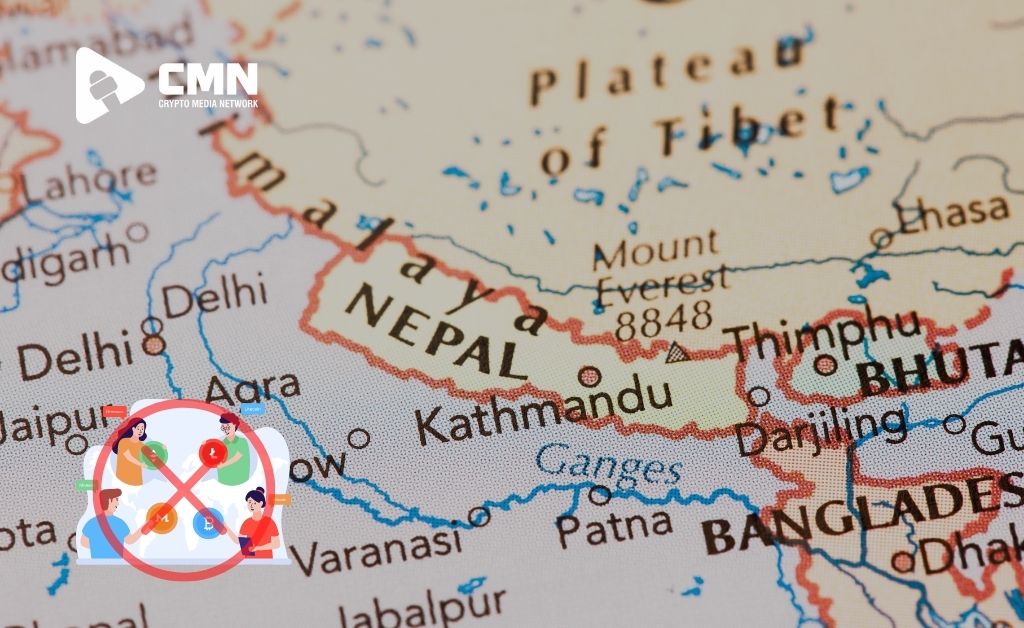 Crypto operations are banned, according to the Nepal Telecommunications Authority. Websites, applications, and internet networks associated with crypto activities are prohibited from being used, operated, or administered within the country, according to the authority.

The Nepal Telecommunications Authority (NTA), Nepal’s technology regulator, published a notice cautioning the public against indulging in unlawful activities such as cryptocurrencies, bitcoin, and online gambling.

The NTA stated that websites, apps, and internet networks related to crypto activities are illegal to be utilized, operated, or managed within the country, despite the fact that transactions using digital technologies, such as cryptocurrencies, have been on the rise in Nepal.

The regulator went on to say that operations involving cryptocurrencies, such as bitcoin, are “illegal and criminal,” adding:

If someone is found to be engaging in or has engaged in such actions, legal action will be taken in accordance with the law.

The NTA ordered internet service providers (ISPs) to shut down all crypto trading websites and applications in March, at the request of the country’s Ministry of Communications and Information Technology. The regulator stated that they have been disabled and blacklisted.

According to the NTA, the Ministry of Finance claims that the trading of cryptocurrencies, such as bitcoin, has boosted economic crime in the country.

After conducting an inquiry, the government has asked us to shut down the apps.

The Nepal Police’s Central Investigation Bureau (CIB) has also arrested and prosecuted some people involved in the cryptocurrency industry.

The central bank of Nepal, the Nepal Rastra Bank, issued an order earlier this year prohibiting all Nepali nationals and non-nationals living in the country from purchasing or investing in cryptocurrencies. The main causes, according to the central bank, are increasing fraud risk and unlawful outflows of domestic capital.

Bitcoin and other cryptocurrencies are not allowed to be traded in Nepal. It is against the law to do so.

Also Read: The Overall crypto crime rate is all set to go down in 2022