News from Top 10 Crypto Sites: The Godfather of DeFi Quits Due to Tanking of Token Related to Projects 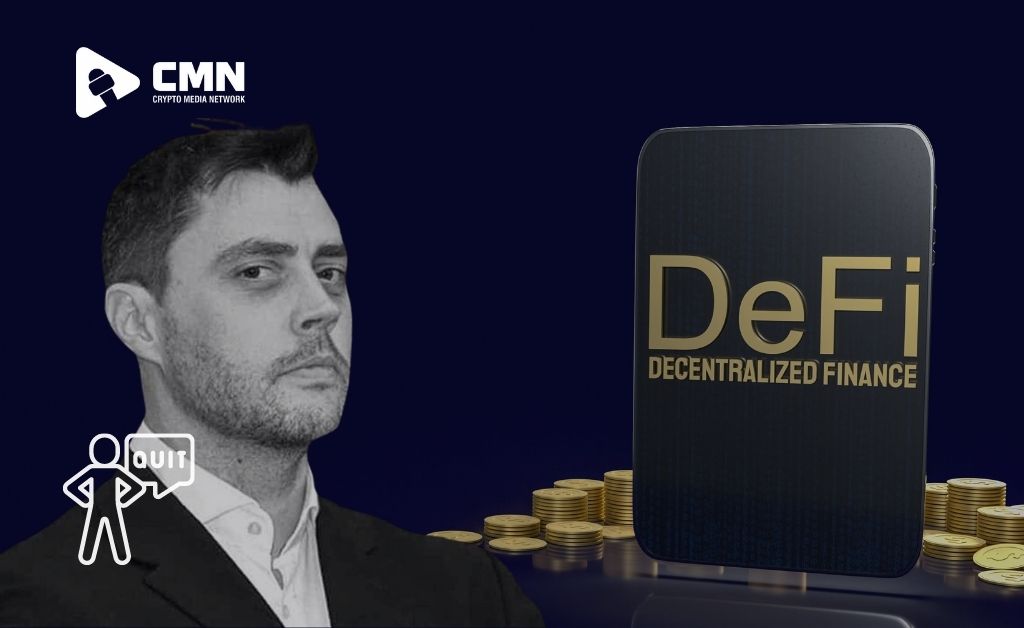 According to the news from top 10 crypto sites, the technical adviser for Fantom Foundation as well as the founder of Yearn Finance, Andre Cronje has made this important decision to leave the space of Decentralized Finance and has deactivated his Twitter account after sharing this news with the public.

The prolific project leader, as well as a prominent developer, has made the decision to step down and leave the upcoming projects in the DeFi and crypto world following the spotty launch of the Solidify project that took place.

This news has sent shockwaves in the entire cryptocurrency community and most people are trying to find the reason behind this sudden departure of the eccentric developer from the crypto space.

A long-time colleague of Cronje at the Fantom Foundation was Anton Nell. He also stated in a tweet on the 6th of March that he and Cronje had this decision ready to leave the entire crypto space and never come back. However, this has led to the rise of concerns regarding the different decentralized apps that they were opening up during their projects.

According to the data, there were about 25 different apps that were to be opened up. Fantom Opera is a layer-2 Ethereum scaling solution. He said, “Andre and I have decided that we are closing the chapter of contributing to the defi/crypto space. There are around ~25 apps and services that we are terminating on 03 April 2022.”

The community’s reaction to Nell’s announcement has been generally sympathetic, as many understand that the duo likely needed a mental break from the immense rigors of their work. Other disgruntled investors have not been so kind with their words as token prices and TVL tanks.

Doubts Rise Amongst the People About Decentralized Apps From Fantom Foundation

Fantom CEO Michael Kong clarified the consequences of Cronje’s and Nell’s stepping down. Although Cronje was instrumental in founding many projects, Kong said in a Mar. 7 tweet that “these projects are not closing down development. Some of them have been running independently for years.”

The lead developer at Yearn Finance, Banteg, also chimed in to assure users and investors that Andre’s leaving was of little consequence to the day-to-day operation of the DeFi yield aggregator. The price of Yearn (YFI) and Fantom (FTM) crashed immediately following Nell’s tweet. YFI is currently down about 10% to $18,187 while FTM is down 20% to $1.33 according to CoinGecko.

Although the total value locked (TVL) at Yearn has remained fairly steady at $3 billion, Fantom TVL is down 40% since Mar. 3 to $7.16 billion. The TVL of Cronje’s latest project, Solidly, has dropped 68% since Mar. 3 to $735 million today according to DeFiLlama.

Also Read: Solana TVL and Value are Down 50% or more from their All-Time Highs, but Gaming DApps may be able to Flip the Tide

Cronje has been one of the most influential characters in DeFi since its rise to prominence within the crypto space. His contributions to the industry have been so profound that market analyst The DeFi Edge on Twitter lamented his leaving and said “Andre Cronje is the Godfather of DeFi” in a March 6 tweet.

Signs that Cronje was planning to leave the space became abundantly clear last week when all of his tweets were deleted from his account, followed by full deactivation. Core member of Wonderland (TIME) and Abracadabra.money (MIM) Dani Sesta signed on to do the marketing for Cronje’s latest project, Solidly.

However, since Sesta had to step down from Solidly to deal with a crisis at Wonderland, Cronje had to be the face of the project, according to news from top 10 crypto sites.

The stress from such a burden may have been too great, leading The DeFi Edge to write: “Was this a RUG? Nah. I see a developer who signed up to build but didn’t sign up for all the bullshit & drama that comes with it. He reached a tipping point where it wasn’t worth it for him anymore.”