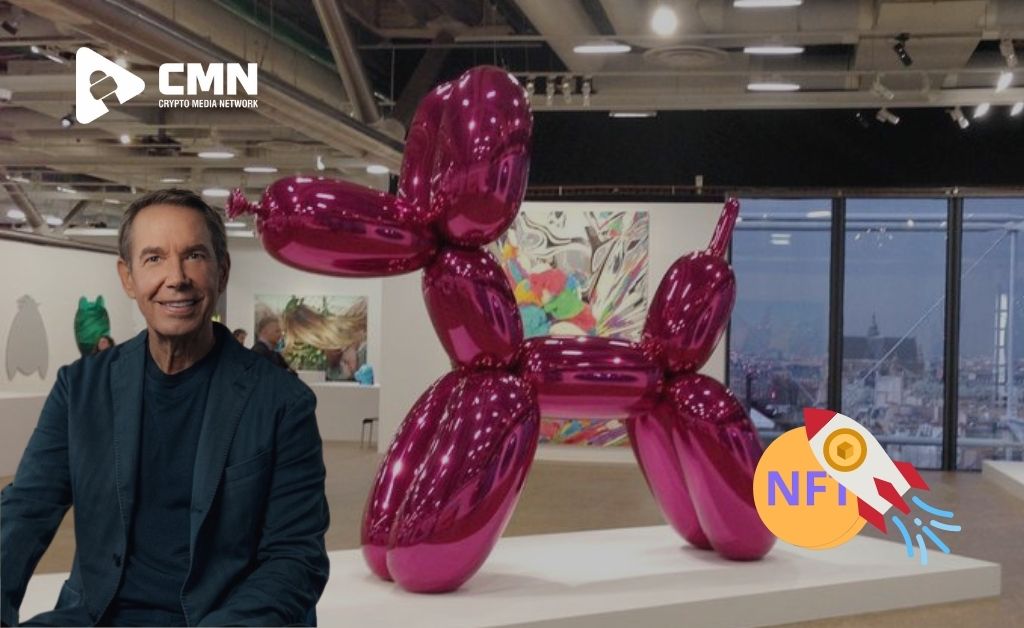 The most renowned living artist in the world has unveiled his first NFT endeavor. Jeff Koons, a pop artist, has unveiled a plan to make a series of sculptures and send them to the moon.

Each sculpture will be accompanied by an NFT that will be sold, with proceeds going to Doctors Without Borders. The Balloon Dog sculptures by Jeff Koons are arguably his most well-known works.

Jeff Koons, a pop artist, has launched a project in which he would make a series of sculptures based on different NFTs, which he will then send to the moon.

“Moon Phases” is a New Project by Jeff Koons

Jeff Koons, an American pop artist, is planning a new NFT endeavor to the moon.

Moon Phases is the name of the project, which will see the artist create a series of sculptures that will be launched into orbit from the Kennedy Space Center in Cape Canaveral, Florida. After that, the sculptures will be placed on the moon.

According to Koons, he wants to produce a “historically significant NFT project,” and that space exploration “represent[s] humanity’s boundless potential.” The project commemorates the 50th anniversary of Apollo 17, the last manned lunar trip, which took place in 1972.

There will be a non-fungible token associated with each of the sculptures. The proceeds from the sale of those NFTs will be given to Doctors Without Borders.

Pace Gallery’s NFT gallery Pace Verso, which opened in November 2021, is in charge of the project and NFT sales.

4Space and NFMoon are two more companies interested in Koons’ idea. Intuitive Machines is also responsible for the design of the lunar lander that will carry Koons’ work.

Jeff Koons with the Top Value

Last year, Koons revealed plans to collaborate on an NFT project with David Zwirner and the Gagosian network of art galleries, but he ended up working with the Pace instead.

The artist is most known for his metallic “Balloon Dog” sculptures, two of which are on display at the Museum of Modern Art in San Francisco and the Broad Contemporary Art Museum in Los Angeles.

When another sculpture, “Rabbit,” sold for $91 million at Christie’s in 2019, it earned Koons the distinction of the most expensive living artist.

Also Read: Madonna has Purchased a New Bored Ape NFT for $560K in the Metaverse