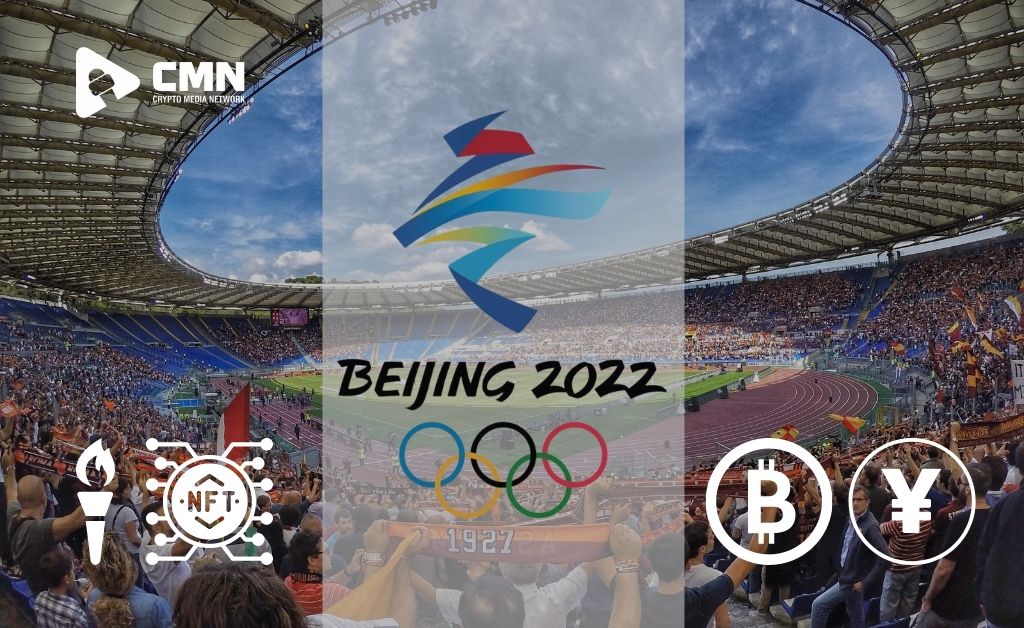 The 2022 Winter Olympic Games, formally known as the XXIV Olympic Winter Games, began on February 4 in Beijing, with crypto playing a prominent role, owing in part to the Chinese government’s digital currency ambitions.

Over the last few years, the bitcoin community has had few ties to the Olympics. The last significant newsworthy encounter occurred in 2014 when the Dogecoin (DOGE) community helped pay the Jamaican bobsled squad so they could compete in the Sochi Olympics.

The presence of nonfungible tokens (NFTs), Bitcoin (BTC)-supporting athletes, the unveiling of the world’s first major central bank digital currency (CBDC), and their potential use as a payment method in a country that recently prevented cryptocurrency trading and mining last year are all contributing to the 2022 Winter Olympic games setting records.

The Digital Yuan Debate in China

The Winter Olympics in 2022 was going to be a sort of coming-out celebration for China’s CBDC, the digital yuan. The People’s Bank of China, China’s central bank, has been testing the digital yuan in many regions for years, and for the first time during the event, foreigners were allowed to use the digital currency.

The digital currency can be utilized through the government’s e-CNY mobile app or via publicly owned mobile payment platforms such as Tencent Holdings’ WeChat, China’s messaging app with over one billion users.

COVID-19 restrictions apparently hindered the app’s introduction, with athletes, officials, and journalists being mostly isolated from the rest of China in a quarantine “bubble” aimed to prevent the spread of multiple COVID strains. The number of people testing the digital yuan appears to have dropped dramatically as a result of this bubble, paired with the government limiting the number of in-person observers.

However, other accounts claim that on the day of the inauguration ceremony, more transactions were made with the digital yuan than with Visa. Since its inception, the digital yuan has processed over $13 billion in transactions, with around 10 million merchants using digital wallets by November 2021. Visa’s $12.5 trillion volume for the 12 months ending June 30, 2021, exceeds that sum.

The Olympics have “become a marketing opportunity for governments, usually, one that loses money,” according to Fergus Hodgson, director of the financial advisory firm Econ Americas.

“A digital yuan is just another fiat currency that deserves to be beaten by private currencies or, at the very least, sovereign currencies that aren’t based on slave labor and dictatorship.“

Because of the perceived danger of a digital yuan on dollar hegemony, US Secretary of State Antony Blinken and Treasury Secretary Janet Yellen have warned against the digital yuan’s implementation during the Olympics, claiming that it may jeopardise US interests.

Three senators wrote to the United States Olympic and Paralympic Committee in July, claiming that the Chinese Communist Party could use the CBDC to spy on visiting athletes.

China’s digital currency is intended to provide the government with new capabilities for monitoring the economy and controlling a larger portion of the global digital economy.

Nonfungible tokens have been utilised to captivate fans and art lovers while China’s CBDC has been generating news.

Several NFT programmes have been established in order to engage with Olympic fans. The International Olympic Committee (IOC) cooperated with NFT marketplace and gaming studio nWayPlay to launch the Olympic Heritage Collection of NFT pins, which was one of the major undertakings.

These Olympic NFT pins are digital reproductions of tangible valuable and tradable pins that commemorate former Olympic Games through posters, emblems, pictograms, and mascots from the last 125 years.

Olympic Games Jam: Beijing 2022, a play-to-earn (P2E) multiplayer video game developed by nWay, was launched by the IOC. Players participate in a variety of Winter sports to acquire Olympic NFT digital pins in this game.

These NFTs can be traded on the nWayPlay marketplace to increase a player’s power-ups, as well as provide them with unique avatar skins and athletic equipment. The software is not available in China, which is hosting the Olympic games.

Through the so-called Gold Lion Club NFT community, the British Olympic Association, which represents Great Britain and Northern Ireland, has also entered the NFT area. The concept, which was developed in collaboration with commerce supplier Tokns, aims to engage fans.

Taranto said that NFTs are a “wonderful method to control emotion and establish long-term loyalty,” and added a Chinese adage to shed light on the current state of digital assets in China: “Good Medicine Always Tastes Bitter,” which encourages short-term sacrifices for long-term rewards.

NFTs are “no different,” according to Taranto, and crypto assets “will be authorised in China, and this prohibition is most likely temporary:

“As soon as CBDC testing is complete and nationwide adoption is a virtual certainty,” he said, the limitations would likely be lifted.

The orange pill of a bobsledder from the United States

Johnny Quinn, an Olympic bobsledder, is the latest athlete to take the orange pill and support Bitcoin. Quinn posted information on social media that could help his admirers understand more about the flagship cryptocurrency and urged them not to take orders from “the mainstream” because “they are confused.”

Quinn indicated that for people interested in obtaining exposure to Bitcoin, using a dollar-cost averaging method with a lengthy time horizon is the optimal strategy. The American bobsledder joined other athletes in endorsing Bitcoin, with some even receiving their annual pay in the digital currency.

He isn’t the first Olympian to advocate for cryptocurrency. The Gemini cryptocurrency exchange’s founders, Cameron and Tyler Winklevoss, were also Olympic rowers.

After partnering with donations platform Engiven, the national governing organisation for the sport of figure skating in the United States, U.S. Figure Skating, now accepts donations in cryptocurrencies such as Bitcoin.

The increasing prevalence of cryptocurrency at games such as the 2022 Winter Olympics demonstrates that the space’s significance is rising to the point where it’s hard to overlook. With firms like FTX, Coinbase, and Crypto.com airing commercials during the Super Bowl and forming new relationships with fan-friendly sports teams, crypto exposure could skyrocket this year.

Also Read:Free Bitcoin!!! FTX.US to Give Away Bitcoin As A Part of The Superbowl Ad Campaign