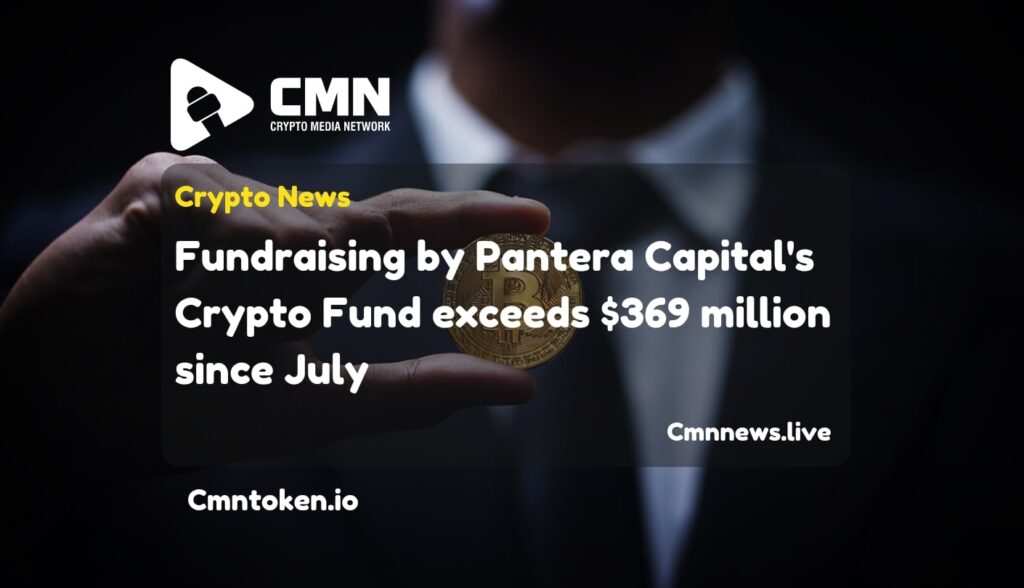 Pantera Capital has raised $ 369M from 107 investors for its new blockchain fund, which was disclosed in regulatory filings on Friday 10 September, and is keeping the fund open indefinitely. A $600 million target Pantera had projected in early May was well short of the raise amassed from 107 investors. Pantera began taking investments in July and is leaving the fund open “indefinitely,” meaning it could get there eventually.

Pantera Capital is an American hedge fund that specializes in Cryptocurrencies. The firm was founded in 2003 by Dan Morehead. In 2013, it launched the first investment fund focused on bitcoin in the United States. As of May 2020, Pantera had $500 million in assets under management.

A blockchain fund is used to invest in companies involved with the transformation of business applications through blockchain innovation, or to invest in futures and options tied to the performance of other cryptocurrencies. Pantera’s announcement coincides with other VC firms announcing substantial funds for crypto investments, including a $2.2B investment from a16z announced in June 2021. A16z, by American venture capital firm Andreessen Horowitz, has previously successfully invested in crypto exchange, Coinbase, using a crypto-investment fund.

Also Read: Bitcoin has the potential to become a form of digital gold

Pantera’s fund will remain open indefinitely, since it has not yet reached its goal of $600M, set in May 2021. The company self-identifies as the first U.S. institutional asset manager with $4.7 billion assets under management on August 31, according to an investor deck. A majority of its investments are in startup equity, protocol tokens in early stages, and other less-known assets like bitcoin.

Startup equity refers to an owner of the percentage of the startup. Investing in early-stage protocol tokens involves meeting with protocol developers when they have a new idea, investing in the project, and then helping them to grow until they become public. Pantera has invested in companies such as Balancer, and Pintu, an Indonesian exchange. VCs have been investing heavily in cryptos this year. CB Insights reported in July that a record $4 billion had been invested in crypto startups in the second quarter of 2021.