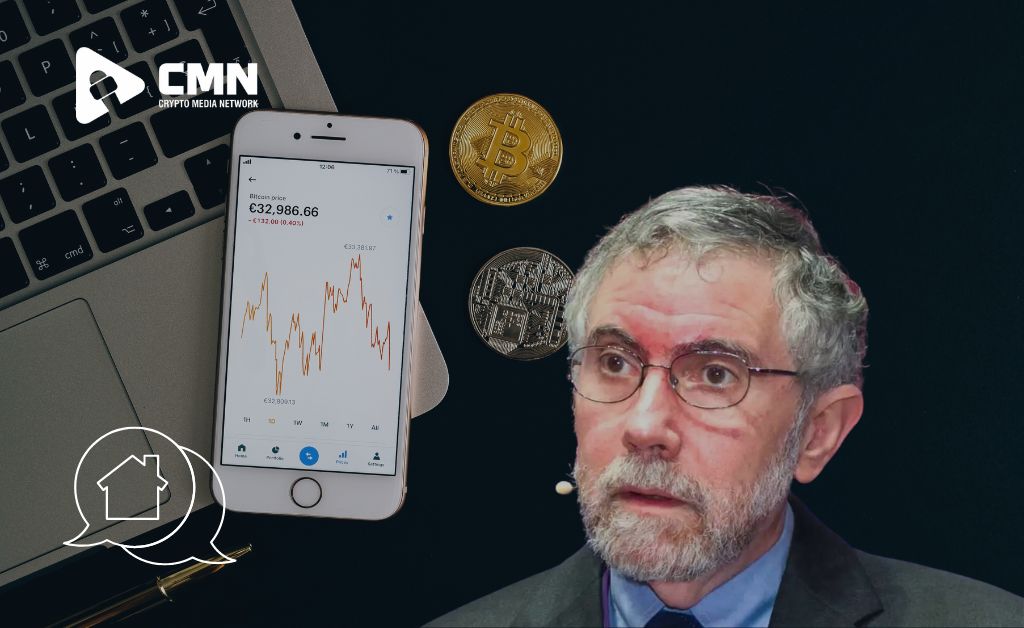 The current condition of cryptocurrencies has been equated by Nobel Laureate economist Paul Krugman to the housing boom and the economic downturn. “It is a house constructed not on sand, but on nothing at all,” he remarked, referring to crypto’s lack of genuine worth.

According to the Nobel Prize website, Krugman earned the Sveriges Riksbank Prize in Economic Sciences in Memory of Alfred Nobel in 2008 “for his study of trade patterns and the location of economic activity.”

He started by mentioning The Big Short, a book and film about investors who bet on “the proposition that the huge rise in housing prices in the years leading up to the 2008 global financial crisis was a bubble, and that many of the seemingly sophisticated financial instruments that helped inflate housing would eventually be revealed as worthless junk,” as the economist explained.

It didn’t seem possible that markets, and the popular thinking that said they were OK, could be so incorrect. They were, though.

He then went on to talk about “the current condition of crypto,” citing the Federal Trade Commission (FTC) as saying that bitcoin is quickly becoming the preferred method of payment for many criminals. He also referenced the terrausd (UST) algorithmic stablecoin’s demise, claiming that the “stablecoin” was “neither stable nor a coin.”

Krugman went on to say that the overall market value of cryptocurrencies was about $3 trillion at their peak in November. He went on to say that early investors profited handsomely, that prestigious business schools now offer blockchain courses, and that multiple towns are striving to become the most crypto-friendly.

The Nobel Laureate in Economics stated:

To imply that an asset class that has grown so huge, whose proponents have gained so much political clout, may be worthless – that it is a house constructed not on sand, but on nothing at all – seems radical and improbable.

However, I recall the property boom and the subprime mortgage catastrophe. “And, if you ask me, it appears like we’ve moved on from the Big Short to the Big Scam,” he said.

Also Read: Nobel laureate compared the cryptocurrency market with the mortgage bubble of 2008