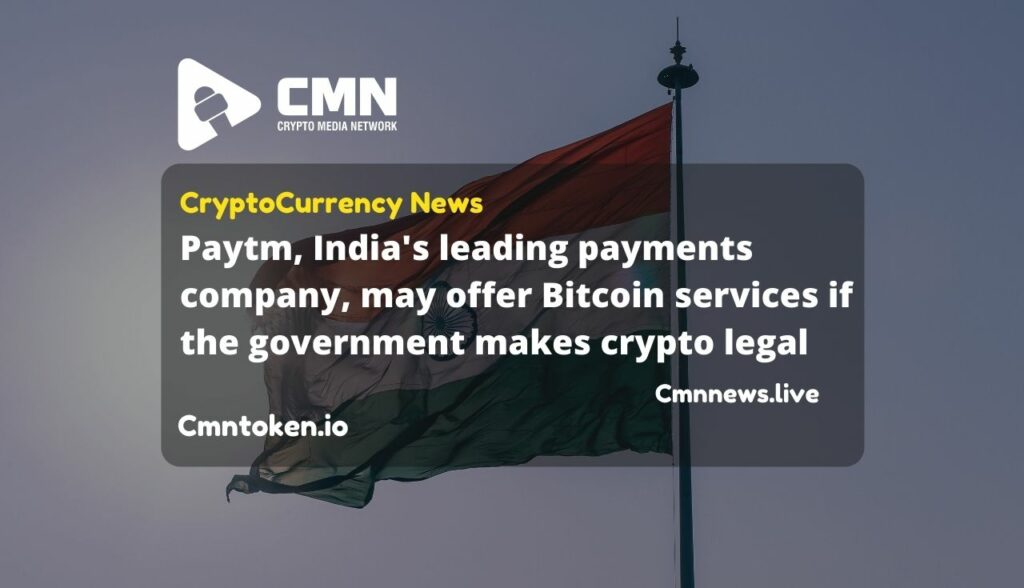 According to local media reports, Paytm’s Chief Financial Officer Madhur Deora indicated in an interview with Bloomberg TV that his company is open to offering bitcoin services should the crypto asset become legal in India.

Madhur Deora said “Bitcoin is still in a regulatory grey area if not a regulatory ban in India. At the moment Paytm does not do bitcoin. If it was ever to become fully legal in the country, then clearly there could be offerings we could launch.”

Earlier this year, Paytm froze accounts of Paytm Payments Bank customers suspected of crypto trading. Currently, Paytm is India’s second most valuable internet company. The company plans to launch an initial public offering (IPO) between Nov. 8 and Nov. 10. As a result of the IPO, the company’s valuation will reach $20 billion, making it the biggest IPO in the history of Indian capital markets.

At the same time, the country’s central bank, the Reserve Bank of India (RBI), still has “serious concerns” about cryptocurrencies, which have been communicated to the government. A digital rupee model may also be unveiled by the end of the year, the RBI said.