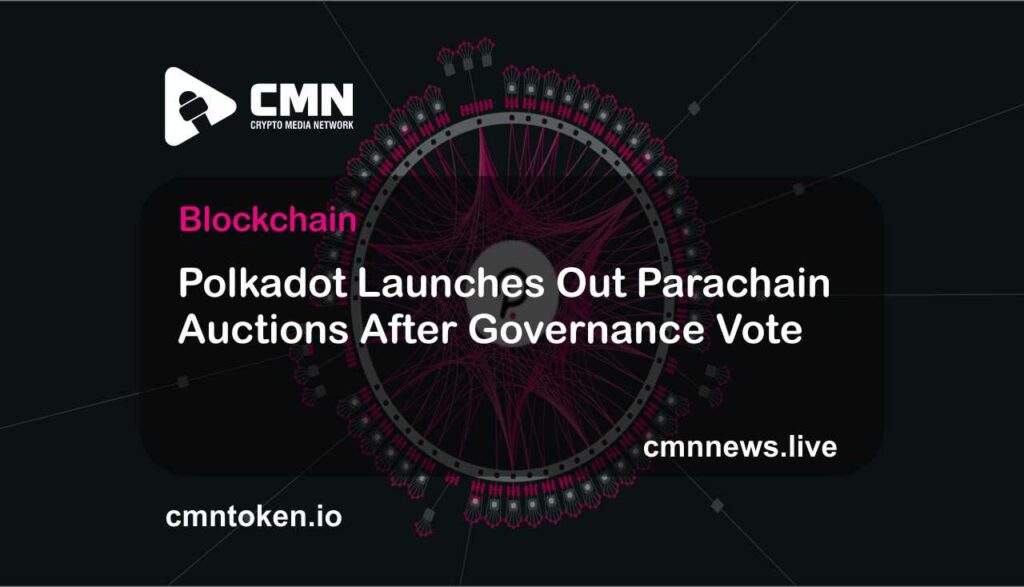 Polkadot has laid out a schedule to debut parachain auctions on Nov. 11 following unanimous approval from the blockchain’s on-chain governance council members. The information marks a landmark achievement because it fulfills the ultimate core technical component of the white paper published five years in the past.

The primary series of auctions will start on Nov. 11 and run till Dec. 9.

Parachains are uniquely distinctive layer-one blockchain platforms that function laterally alongside the primary Polkadot community, along with being tethered to the Polkadot Relay Chain. Their purposeful function might be witnessed throughout a large number of areas from decentralized finance to smart contracts.

Speaking at the Sub0 Conference as representatives of Parity Technologies, Polkadot founders Gavin Wood and Robert Habermeier confirmed that Polkadot now holds the technical capabilities to implement parachain auctions and crowdloans for the first time.

In an immediate response, Proposal #118 was motioned by governance member Joe Petrowski, expressing details and recommendations for the deployment.

The primary Polkadot parachain auctions of the initial batch is slated to start on Nov. 11 and can proceed at a charge of 1 per week for 5 consecutive weeks till the ultimate public sale on Dec. 9.

The preliminary bidding interval will last for 2 days, adopted by a five-day ending interval. Two distinctive options concerning the proposal of this public sale schedule are that not like the immediacy of Kusama’s project onboarding after auctions, Polkadot auctions will be held in transit for a period of 1 month.

Along with this, there shall be a 75% capability of tasks to that witnessed on Kusuma, in a bid for high quality over amount.

Throughout the proposal, and indeed further quoted later on this piece, canary network Kusama was cited as having a positive impact on the evolution of this idea in each summary and practical terms.

Kusama, a sandbox platform designed for builders to experiment with blockchain applications earlier than their official launch on the Polkadot blockchain, has just lately applied the success of 11 parachain auctions.

In addition to commending the near-flawless strategy of the Kusama auctions, the official report also noted that 2.4 million Kusama (KSM) tokens have been contributed by 49,000 uniquely energetic addresses in the course of the auctions.

Cointelegraph reached out to Peter Mauric, head of public affairs at Parity Technologies, for an exclusive commentary on the inspiration behind the proposal in addition to the potential impact the implementation may have on the Polkadot ecosystem:

“Kusama was launched to be able to give the groups constructing the core Polkadot protocol, parachains and their constituent communities an opportunity to battle-test their tech and teams. Whereas there have been a couple of bits of anticipated chaos alongside the way in which, the expertise over the past few months deploying parachains on Kusama have given us confidence that they’re ready for prime time on Polkadot.”

“That is the moment everyone has been ready for because the Polkadot paper was launched over 5 years in the past. The promise of parachains has always been core to what Polkadot goals to attain: scalable, customizable and really decentralized infrastructure for the next generation of layer-one protocols, in the type of these parachain networks.”