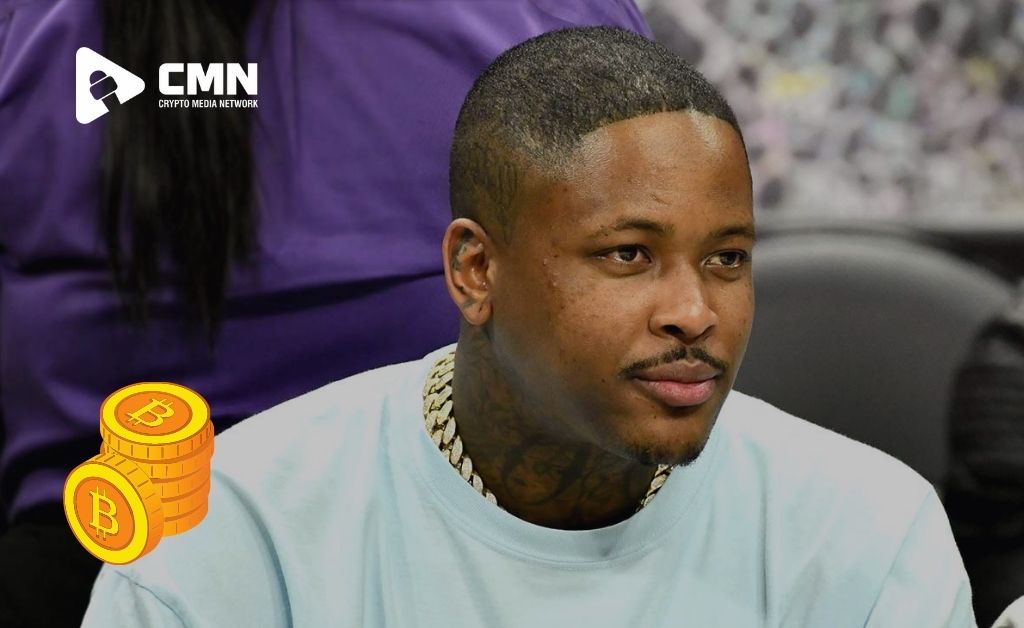 The music industry has a lot of songs about different aspects but one of the latest reports of a famous rapper YG rapping about cryptocurrency has made breaking news. Talking about crypto in news today, there was a very interesting report that Rapper YG has rapped about Bitcoin in a music video, apparently showing off to his fans his immense stack of $30.6M bitcoin.

In the music video, rapper YG was seen holding a particular ledger cold storage USB that is kept close to a smartphone. On the phone, you can see a small screen that bears an application of a wallet that shows about $30.6M BTC in there. Rapper YG, whose original name is Keenon Dequan Ray Jackson has been apparently trying to show off his stack of Bitcoin.

The reveal appears to either be an eye-watering — but possibly fake — flex, or a crafty bit of product placement, as a cold storage device from crypto wallet provider Ledger is featured prominently in the video.

The social team from Ledger was on it immediately too: In one of the scenes of the music video for the song titled “Scared Money” featuring J. Cole and Moneybagg Yo, YG is seen holding a Ledger wallet close to a smartphone which has a screen bearing a wallet app with more than $30.6 million worth of BTC in it.

While the image could have easily been faked, rappers are well known for flaunting their wealth and success, especially so in this song which has a theme focused on spending money, investing, and wearing half a million dollars worth of jewelry around one’s neck.

YG is quite the BTC proponent, as he has mentioned owning digital gold in multiple other songs such as “Big Bank” from 2018, and also in an interview with RollingStone from mid-2021.

During that interview, YG said that he liked the simplicity of holding crypto as he could invest his money into the asset class without being distracted from his music career. He drew comparisons to the real estate market, where he would have to spend a lot of time working and learning to do it successfully.

“I like Bitcoin. I got Ethereum recently and I got Dogecoin recently but I’ve had Bitcoin for about three years. Bitcoin came around and it was like ‘what?’ and I can just do it and it turns into that?” he said in reference to the booming price of the asset last year.

In a Reddit post on the r/Bitcoin Reddit community earlier today, users were questioning YG’s mammoth BTC stack, with AvoidMyRange stating that “the chance of all these ending at 0 and the cents ending in .00 is incredibly low. This is obviously fake.” “It is fake because that isn’t even the layout of the ledger app,” user AKeveryday responded.

Other users saw the funny side of YG’s music-based BTC antics, with Redditor Lexstell11 doing the math on the lyrics from the Big Bank song when BTC was priced around the mid $7,000 range.

“In YG’s song Big Bank, he says ‘I might buy her red bottoms with the crypto- 3 coins that’ll pay your whole semester…’ the song was released on 5/25/2018 when BTC was $7,459 at the close. So presumably YG paid $132,000 by today’s conversion for a girl’s semester at what I’m assuming was the University of Phoenix. I think about this a lot.”

Crypto has managed to attract a lot of rappers to the front over the last couple of years and the list includes big names like Snoop Dogg and Jay Z. Other well-known figures to jump on the gravy train include Meek Mill who snapped up Dogecoin amid the hype last year, Nas who tokenized his music as NFTs earlier this year, and Post Malone who featured a Bored Ape Yacht Club NFT in one of his recent music videos.