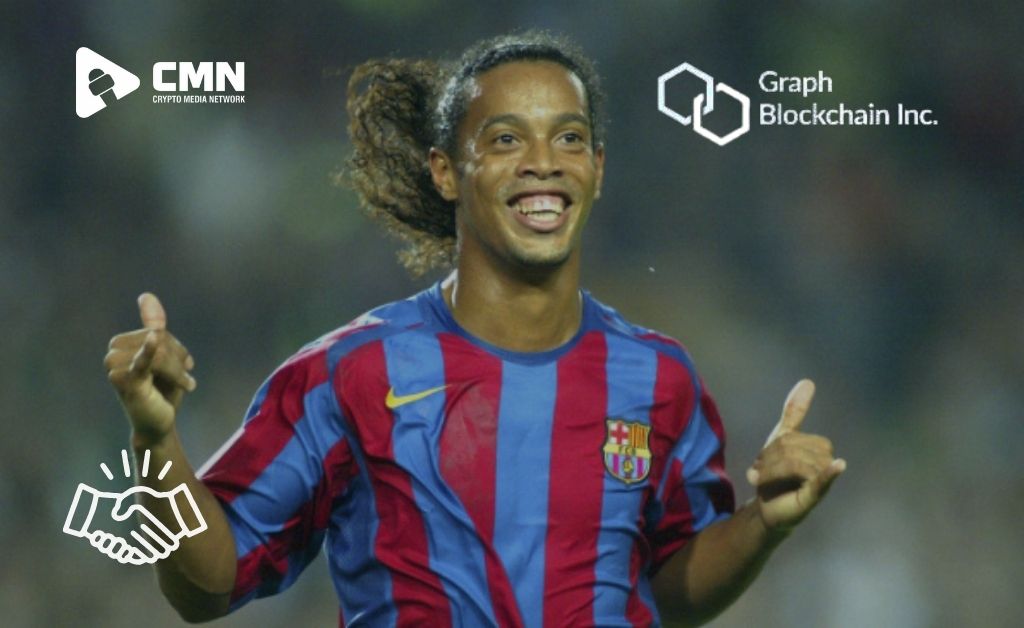 Former soccer legend Ronaldinho partners with Graph Blockchain to venture into crypto. Ronaldinho will be an official ambassador for New World and will organize events and NFT experiences for his many admirers.

Ronaldinho will Assist with NFT Campaigns

Ronaldo de Assis Moreira, better known by his nickname Ronaldinho, has signed an agreement with the Canadian blockchain company New World. The company’s efforts to build a non-fungible token (NFT) platform will be aided by the 41-year-old Brazilian.

The 2005 Balon d’Or winner will represent New World as the official ambassador. As a result, for his millions of admirers, he will organise special events and NFT experiences. He will collaborate closely with Diogo Snow, the company’s co-founder. The latter has created a number of digital artefacts for celebrities, including Drake and Fetty Wap of the hip-hop duo Drake and Fetty Wap.

I recognise my power over my fans, and communicating with them has always been a priority for me, which is why I chose to become the global ambassador for New World.

The global growth of the NFT market has been incredible, and this platform allows fans to communicate with their favourite athletes, musicians, and celebrities in ways that have never been done before,” Ronaldinho said.

The relationship, according to Paul Haber, CEO of Graph Blockchain, has been extremely advantageous to his company. He anticipated that the Brazilian soccer player’s “extraordinary reach and exposure” may propel New World “to the next level.”

The firm will issue four million common shares as part of the agreement, which is subject to regulatory approval, including from the Canadian Securities Exchange (CSE).

The Graph is an indexing mechanism for searching data for networks such as Ethereum and IPFS, and it powers many Defi and Web3 apps. Anyone can create and publish open APIs, known as subgraphs, that applications can use to access blockchain data using GraphQL. The decentralized network will launch later this year, and there is a hosted service in production that makes it easy for developers to get started building on The Graph. The Graph now indexes data from Ethereum, IPFS, and POA, with support for more networks on the way.