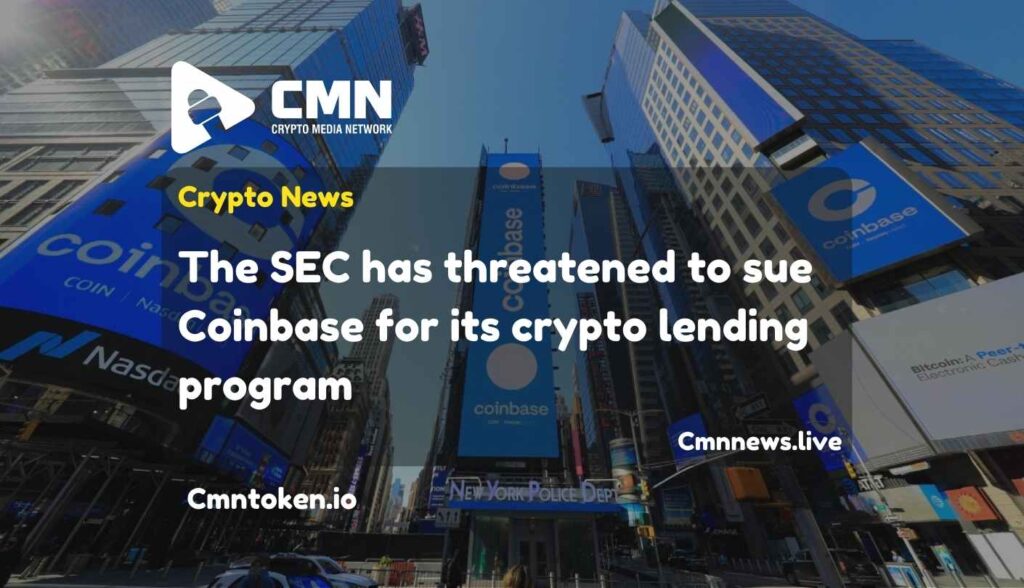 Coinbase said on Wednesday it was threatened by the Securities and Exchange Commission (SEC) if it proceeds with a plan to launch a program allowing users to earn interest by lending crypto assets. The SEC has issued Coinbase with a Wells notice, an official way it tells a company that it intends to sue the company in court, Paul Grewal, the company’s chief legal officer said in a blog post. He said Coinbase would delay the launch of its ‘Lend’ product until at least October as a result.

Coinbase is a secure platform that makes it easy to buy, sell, and store cryptocurrency like Bitcoin, Ethereum, and more by using the Coinbase app. Is Coinbase safe? Yes, Coinbase is a crypto company based in San Francisco and backed by trusted investors. As of August 2020, it has raised over $547 million.

It is becoming a more common place for cryptocurrency owners to lend their coins in exchange for interest. However, some regulators, including those in the United States, are concerned that such products should comply with securities laws. The US state of New Jersey ordered the cryptocurrency platform BlockFi Inc in July to stop offering interest-bearing accounts that have raised $14.7 billion (€12.4 billion) from investors.

Coinbase said it had contacted the SEC about Lend and the company believed it was not covered by securities laws. In a tweet linking to the blog post, They further said: “After months of trying to engage with the @SECGov on our planned Coinbase Lend product, we recently received notice that it intends to pursue legal action against us.”

Grewal’s blog post said the company had been in contact with the SEC and that it had decided to keep Lend off the market as a result of the legal threat. He added: “Despite Coinbase keeping Lend off the market and providing detailed information, the SEC still won’t explain why they see a problem.”

“Rather they have now told us that if we launch Lend they intend to sue. Yet again, we asked if the SEC would share their reasoning with us, and yet again they refused.” Grewal confirmed that Lend would not be launched until “at least October.”