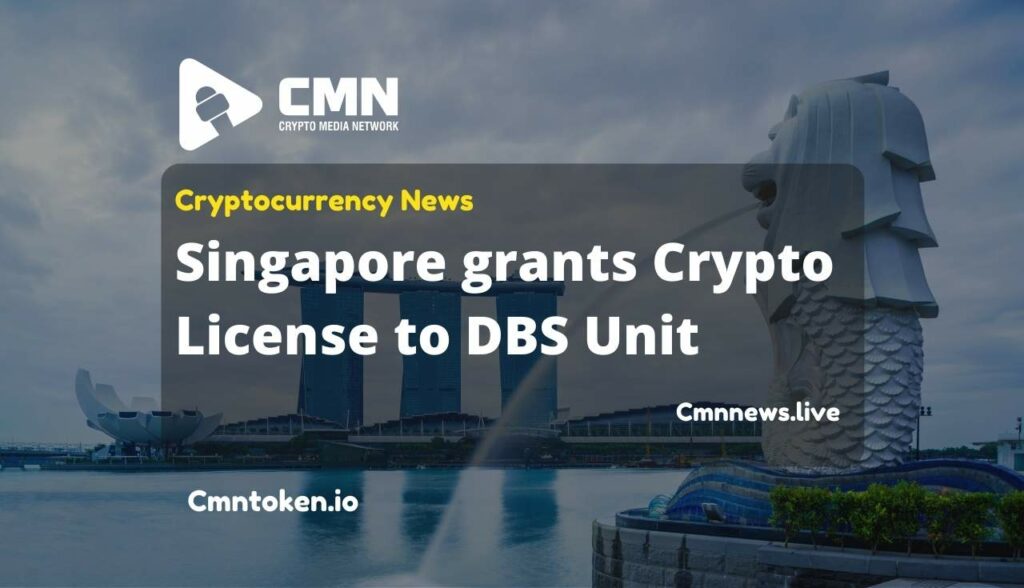 Licenses are critical to cryptocurrency business models for more efficient money transfer. The central bank of Singapore, Monetary Authority of Singapore (MAS), has already approved two firms for the crypto license. The first one went to DBS. A number of South-East Asian countries as well as Singapore hold accounts with this bank. The second license went to Independent Reserve. This is a crypto exchange and OTC trading platform.

DBS is an international financial service and banking company. From 1968 to 2003, it was known as The Development Bank of Singapore Limited. Its headquarters are located in Marina Bay, Singapore. Bank of Singapore announced on Friday that the Payment Services Act 2019 has already been formally approved by MAS for DBS Vickers (DBSV).

DBSV is a trading platform for securities and derivatives. According to the bank, the approval will enable them to directly support asset managers and firms looking to trade digital tokens. (Tokens and Crypto Coins are both digital assets but Cryptocurrencies have their blockchain, and on the other hand, tokens require existing crypto blockchain).

The Bank reports that since the launch of the DBS Digital Exchange in December, it has grown rapidly. They also expect that number of trading members will double by the end of December. It will also see a growth rate of 20-30 per cent annually for three consecutive years.

Independent Reserve, a cryptocurrency exchange firm based in Australia, was granted the second license. Furthermore, it is one of the most trusted cryptocurrency exchange platforms in the world. On Friday, the firm also announced that it had received approval from MAS. The platform provides AUD, USD, SGD as well as NZD fiat-to-crypto trading pairs.

The CEO of the firm, Adrian Przelozny, says that a well-organized environment will surely benefit both investors as well as stakeholders. He also feels that Singapore has the most exact licensing requirements of any jurisdiction in the whole continent of Asia.

Trading cryptocurrencies in Singapore is completely legal. Since China is an Asian country, Cryptocurrency Exchanges have been banned. Singapore, meanwhile, has just started issuing licenses to cryptocurrency exchanges. The MAS has been friendly to cryptocurrency, but it does not forget to warn its citizens about the risks associated with it.