Stock of Robinhood down 41% since August as amateurs stop using it for stock and crypto trading: 80% fewer app downloads 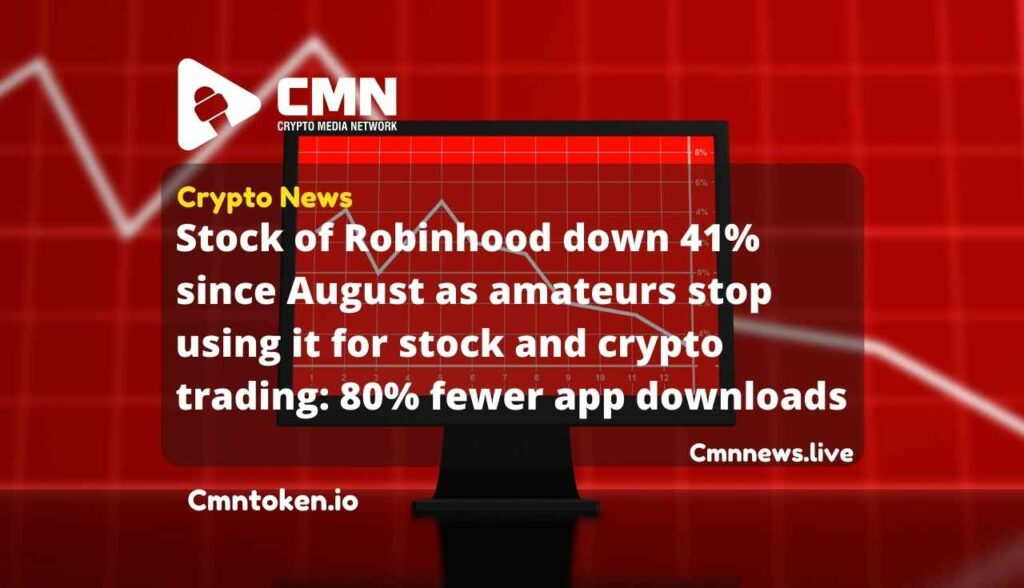 Stock of Robinhood down 41% since August as amateurs stop using it for stock and crypto trading: 80% fewer app downloads

Stock of robinhood down

On Jan. 28, Robinhood, a popular investing app, decided to freeze trades with GameStop. Investors on Reddit bought the stock of the retailer in a flurry following traders’ posts. Shares of GameStop have since fallen only to rise again.
A group of Reddit posters saw an opportunity to make money while also giving a dig at Wall Street and hedge funds when Robbinhood came into play. Robinhood, however, decided to restrict GameStop purchases in response to volatile stock prices and regulatory requirements. As a result of its involvement in the trading frenzy, Robinhood has been scrutinized by its users, regulators, and lawmakers.

Also Read: Bitcoin Cons: Some Faults with the king

In the stock market for the darling of U.S. retail trading mania, Robinhood Markets Inc., looming share sales and toughening regulations for crypto assets are adding to the headwinds.

The decline in interest in stock trading by novices as they returned to the office already has put pressure on the stock, which has fallen 41% from its August peak against a 1.8% drop for the Nasdaq 100 Index.

In a note, Mirabaud tech analyst Neil Campling wrote that sports betting apps are on the rise in the U.S.
“We can’t help wondering if the combination of the end of benefits, the return to work and the return of live action sports are all conspiring to hurt the ‘3 R’ (retail, Robinhood, Reddit’ brigade)?” he said.

A regulatory intervention in cryptocurrency trading, and in the payment arrangement between brokerages and trading firms, could pose risks to Robbinhood’s business, it said in a regulatory filing late Friday. Company officials also plan to expedite a shareholder stock sale previously announced. As of 9:39 a.m., shares were down 1.3% to $41.25 on the New York Stock Exchange.

In his opinion, Robbinhood faces a number of headwinds and risks, and investors are recommended to sell their shares.
Robbinhood’s app downloads, which are a proxy for account openings, fell 78% in the third quarter compared with the second, analysts at JPMorgan Chase & Co. said last month. Binance, Coinbase, and other crypto apps that rode the retail trading trend also saw a drop of about 50%.