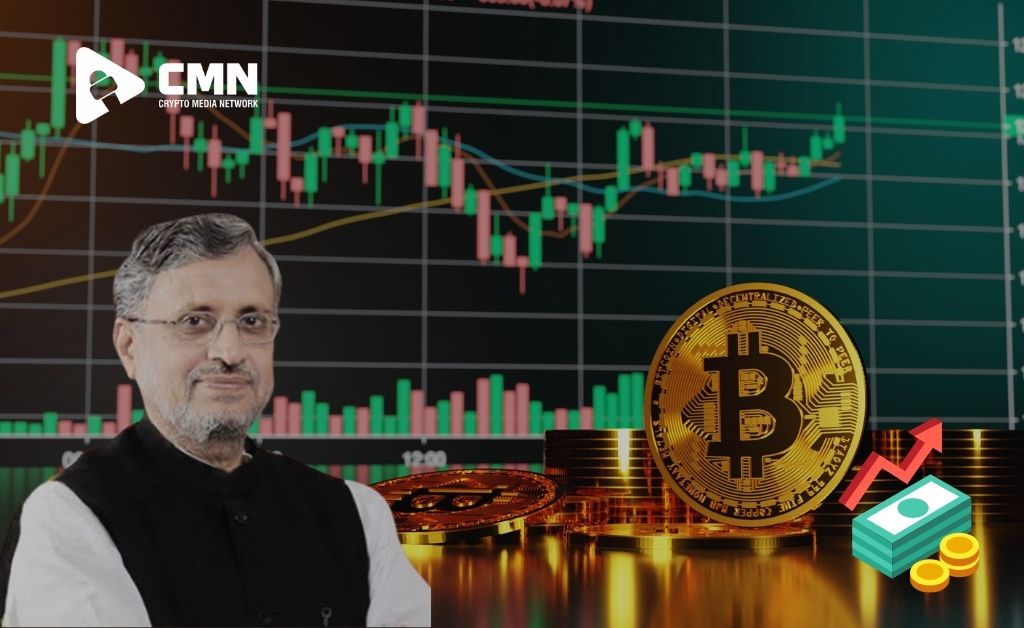 Gains on cryptocurrencies and digital assets should be taxed up to 50% in India according to Sushil Kumar Modi, a member of India’s upper chamber of parliament and a member of the ruling Bharatiya Janata Party( BJP).

“Nobody knows what crypto (sic) is,” he added, “which is why we need to discourage and deter people” trading and investing in the asset class. The 70-year-old MP had previously asked for a hike in India’s capital gains tax on cryptocurrency income from the current flat rate of 30%, which took effect on April 1.

Modi said that the government hasn’t decided whether or not cryptocurrencies should be outright outlawed, or how to regulate them.

“They (the Indian government) are drafting legislation, and in the following days, they will decide on the fate of this cryptocurrency – how to treat it — is it an asset?” Is it a product? Is it possible that it’s a stock? “Do you mean products or services?” Modi stated the following. “All of these issues must be resolved in the near future.

As it confronts a growing fiscal imbalance, the down-on-its-luck government is looking for a return on the exponential gains earned in digital assets.

India began collecting a 30% tax on all profits made on the sale of virtual digital assets and crypto-assets on April 1 and will begin deducting a 1% tax at source on all crypto transactions on July 1. Investors will also not be able to balance losses with profits made elsewhere, according to the government.

However, the legal status of cryptocurrencies and digital assets remains unclear. The Reserve Bank of India (RBI) has warned against cryptocurrency transactions on several occasions, with its deputy governor pushing for a complete prohibition.

All of these actions, according to Modi:

Are aimed at suffocating the cryptocurrency business.

The government has not mentioned — in so many words — that crypto is like gambling, lottery, casino, horse racing — and that all of these enterprises have very high tax rates,” Modi added.

Modi also wants the Indian government to levy a 28 percent goods and services tax (GST) on the full value of crypto transactions, equivalent to the existing tax tier for gambling operations. Because crypto exchanges are classified as financial services, they are now subject to an 18 percent GST or factory-gates tax.

“Like gambling, horse racing, casino, and lottery,” Modi remarked, “the GST should be on the total transaction value (of crypto trading).” As a result, the government recognizes gold as an asset and taxes it at a lower 3 percent GST rate, he explained.

He did admit that the Indian government must decide whether to treat crypto assets as a commodity or an asset. “When you compare it to other markets, like the stock market, every share has a corporation behind it,” Modi explained. “However, no one knows who is responsible for these cryptos.”

“It’s also believed that when it (crypto) first started, it was mostly on the darknet that individuals dealing with drugs or smuggling did their business in cryptos, Modi added. “As a result, the RBI, as well as bank officials in other countries, may not catch them.

As a result, it is critical that the Indian government collaborates with the International Monetary Fund (IMF) and the World Bank on regulatory issues and information sharing, according to Modi. “The Indian government should not be in a rush and should issue a consultation document,” he added.

India will not Accept Cryptocurrency as Legal Tender

It’s a different matter to legalize it as an asset or commodity and figure out how to tax it. Modi said. “However, it will not operate in the same way as a parallel currency.” He went on to say that it will not be a fiat currency.

He posed a hypothetical question: “Why are these younger individuals interested in crypto?” Mutual funds and the stock market, according to Modi, are more secure and safe for such investors.

“I recall approximately 10 or 15 years ago, there was a dot com bubble that exploded,” Modi explained. He compared cryptocurrency investing to the Dutch Tulip frenzy of 1634, citing Reserve Bank of India governor Shaktikanta Das as an example.

According to Modi, the government wants younger Indian investors to leave the asset class. “We’ve given younger people time to depart (cryptos),” Modi remarked. Those who wish to stay will have to pay greater taxes because “it’s like gambling,” he explained.

Neither he nor the Indian government is concerned about Indians continuing to deal in cryptocurrencies from outside.

“Anyone can travel outside of India. You can’t stop individuals from going to Dubai or other areas. There are casinos in Southeast Asian countries, and individuals may visit them. These things are not really helpful for society,” Modi said, revealing his personal viewpoint on the matter. We’ve seen how these lotteries and gambling have wrecked people’s life.

We believe that these cryptos are harmful to any country’s financial stability. These tenders are only legalized in nations with insecure finances.

Also Read: Indian Government: Disclosed that 11 Crypto Exchanges have been Examined for tax Dodging and that $13M has been Retrieved