Taproot, Bitcoin’s major upgrade, what is it about? 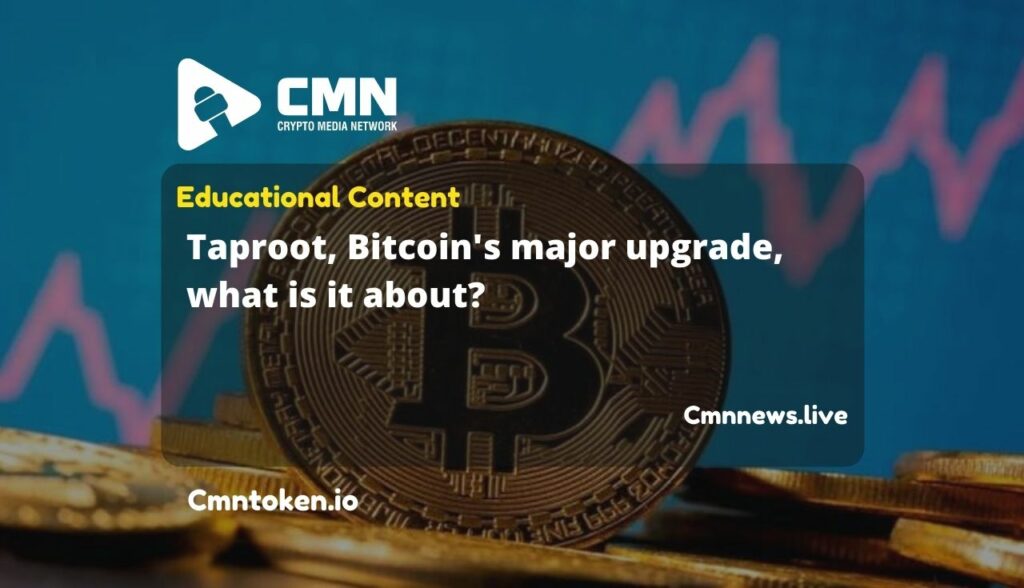 Taproot, Bitcoin's major upgrade, what is it about?

Taproot, the much-anticipated Bitcoin (BTC) upgrade, will be activated this week.

According to taproot.watch, the upgrade will activate in 872 blocks, or approximately 6 days from the time of writing.

Taproot is a major event and a major upgrade – the largest since SegWit in 2017.

What new will be bought by the taproot update

Complex transactions, such as those involving multiple signatures or time-locking, will require less data to be processed.

The update will enable a solution called MAST (Merkelized Abstract Syntax Tree), which makes smart contracts more efficient and private by revealing only relevant parts of the contract when spending, while the rest remains hidden. Smart contracts will be able to be viewed on the blockchain as regular transactions, regardless of their complexity.

Also, Update comes with Schnorr, a soft fork that increases privacy, scalability, and speed, and encrypts multiple keys into one. A MAST-structure can also be hidden with a signature scheme. It, combined with Schnorr signatures, will allow users to mix transactions made with complex wallets (such as multisig or time-locking wallets) with those using only single signatures, thus enabling anyone to hide their use of multisig.

Originally proposed by former Chief Technology Officer of major blockchain firm Blockstream Gregory Maxwell in 2018, the upgrade was confirmed in mid-June of this year, after it passed the minimum threshold of 90% miner approval, resulting in a November implementation. The testnet was activated in early July.

As the event draws near, users are urging all parties to update their nodes. As of 7:30 UTC, Bitcoin node Taproot support was 49.46%, according to data provided by Twitter account Taproot Signal.

According to almost every developer Cryptonews.com spoke with, Taproot’s core features will be widely used, but not immediately.

Taproot is approaching at a time when Bitcoin is appreciating, nearing its all-time high of USD 67,276 (according to CoinGecko.com). It is currently trading at USD 65,867 as of 8:44 UTC, having gained more than 6% in a day and 7% in a week.