Tether and Evergrande Theory : What is it? Is Tether a scam? Explained 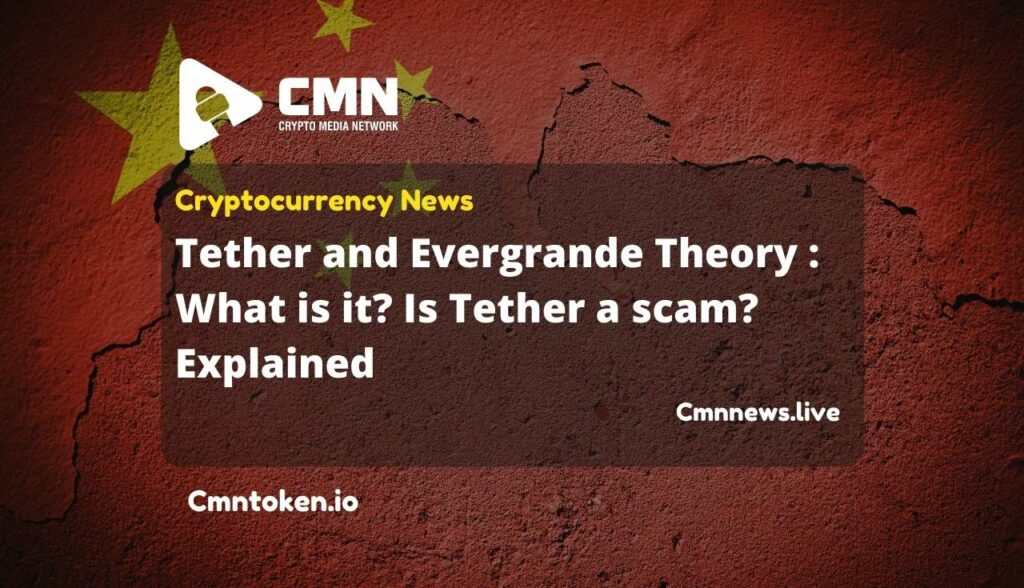 Tether and Evergrande Theory : What is it? Is Tether a scam? Explained - CMN

Since months, financial circles have wondered about stablecoins, in particular the one called Tether: are they stable enough? Numerous observers, including Jim Cramer, Nouriel Roubini, podcasters Bennett Tomlin and Cas Piancey, as well as Twitter user Bitfinex’ed, have raised concerns about Tether’s potential impact on the cryptocurrency ecosystem. Company reassuring users that its reserves are stable by releasing an attestation on August 9th.

As attested by Stablecoin Giant, it is unlikely to reassure the loudest critics, who fear that USDT will only keep the bitcoin price high. New York’s attorney general investigated the company’s backing earlier this year and settled with it. As part of the agreement, Company is prohibited from doing business in the capital of the US financial world, New York State.

Tether isn’t the only stablecoin causing concern. Gary Gensler has requested more authority to regulate cryptocurrency after months of hemming and hawing from regulators. “We have a role as a nation to protect those investors against fraud.” Janet Yellen, the Treasury secretary, met with the President’s Working Group on Financial Markets to discuss stablecoins specifically.

Is Tether a scam?

The second component is much more crypto-specific. And this is related to the concerns around Tether– stablecoin which accounts for about half of the market capitalization of stablecoins and is a significant component of crypto market liquidity.

The Tether and Evergrande relation has been gaining popularity since last few days. Here’s how it affects the crypto space.

We are talking about the situation with one of the largest Chinese real estate developers – China Evergrande Group, which found itself on the verge of default, crumbling under the weight of roughly $300 billion of debt (let’s recall Lehman Brothers). Some investors are concerned that Evergrande’s default could trigger a chain reaction when other companies also face financial difficulties and won’t pay off their debts.

Fears that the world economy will find itself amid another global financial crisis, comparable to the crisis of 2008, forced traders to redirect their capital in favor of defensive assets such as gold and US Treasuries. It is worth noting that the potential Evergrande default could negatively affect the stablecoin, which plays a vital role in the cryptocurrency ecosystem.

Earlier, Tether Holdings Ltd. stated that about half of its assets are securities and commercial paper. Since the company’s management chose not to disclose the details of the corporate investment portfolio, traders assumed that Evergrande could hold some of the Tether Holdings Ltd. reserves in its commercial paper. Thus, if China Evergrande Group cannot avoid default, it’ll have a domino effect on China’s property sector.