The Austrian government plans to tax cryptocurrencies like stocks 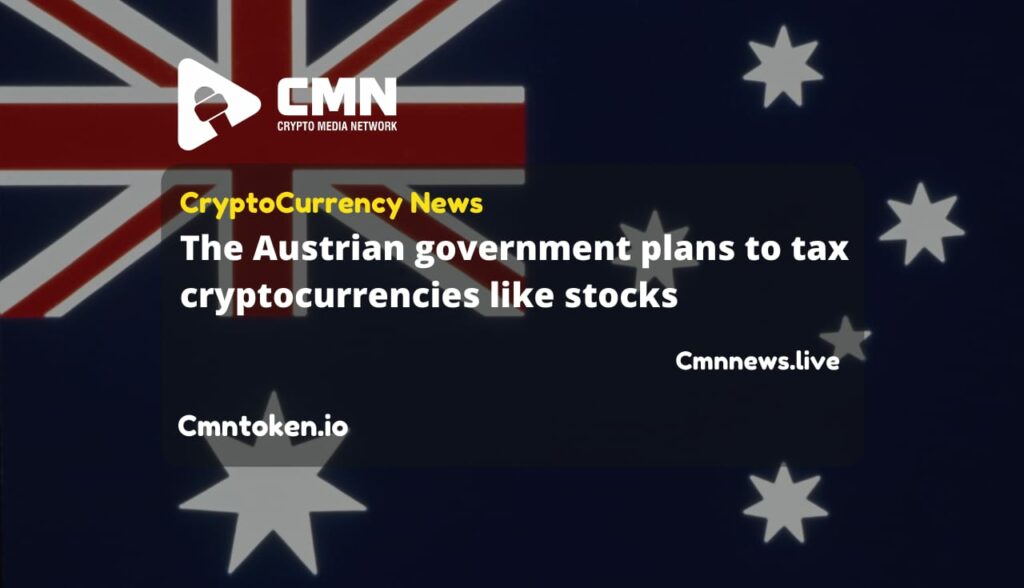 The Austrian government plans to tax cryptocurrencies like stocks - CMN

The government in Vienna, which claims to seek equal treatment for investments in cryptocurrencies like bitcoin, recently announced that it will consider applying the same tax rate of 27.5% to crypto-assets that it currently uses to tax capital gains from traditional stocks and bonds. The Austrian government plans to impose the measure as part of a broader tax overhaul to be carried out next year.

Several nations around the world are exploring ways to tax income stemming from the growing crypto-asset market, according to a report by Bloomberg. Earlier this week, the global crypto economy is worth $3 trillion, and that number is expected to grow.

In a statement issued this Tuesday, The Ministry of Finance of Austria commented that cryptocurrencies are still not regulated equally to stocks and bonds. It also noted that Austria’s new tax framework will be the first in the EU to include bitcoin and the like and ensure fair conditions for investors across asset classes.

Also Read: The Cons of Vechain : Is VET really that strong?

“In the course of the tax reform, we will take a step towards equal treatment in order to reduce distrust and prejudice against the new technologies.” Officials Elaborated.

This regulatory move will make crypto-related financial products more accessible, says the department. “We are not only pioneers in Austria, but also pioneers in Europe,” Austria’s Finance Minister Gernot Blümel said.
The new tax rules will become effective on March 1, 2022, and will only apply to cryptocurrencies purchased after Feb. 28, 2021, or “new assets.” Previously acquired digital coins, referred to as “old assets,” will not be subject to the new rules. In the latter case, Austrian taxpayers should refer to the general tax regulations and report crypto gains as income from speculative transactions if their sale has taken place within a one-year period of their purchase.