The Coinbase NFT Beta is now available, but will it be enough to Resurrect the Platform’s Popularity? 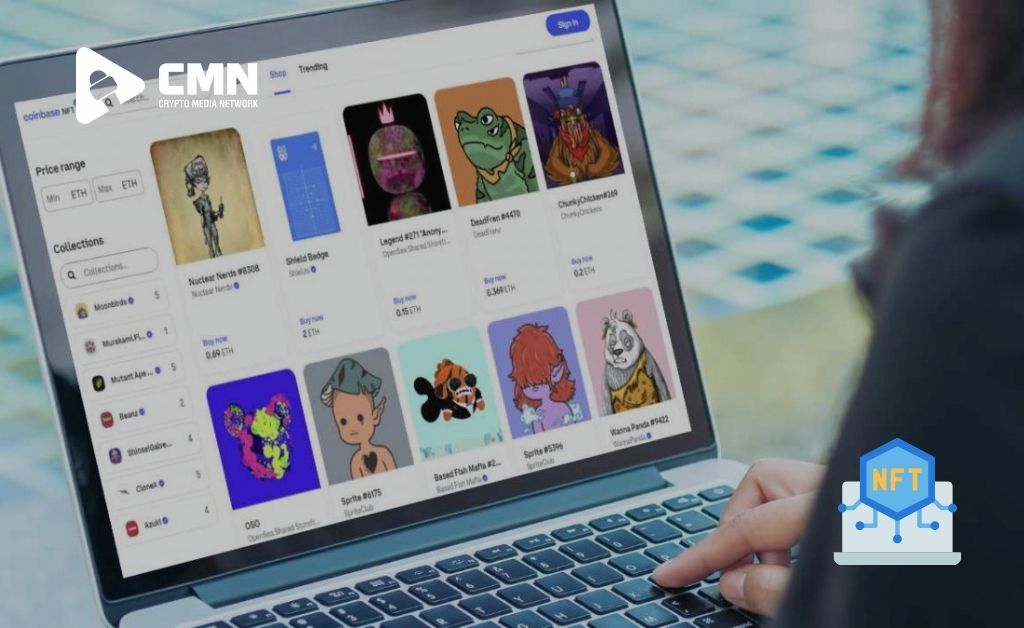 Coinbase has officially launched a beta version of its non-fungible tokens (NFT) marketplace, six months after introducing it. Coinbase has provided $0 transaction costs to its platform for a limited time as part of its new offering. Existing leaders like OpenSea continue to pose a serious threat to the platform.

Coinbase NFT was the moniker given to the first iteration of the Web3 social marketplace. Coinbase has decided not to charge transaction fees on its platform for a limited time as part of its new offering in order to achieve popularity.

The beta platform was built on the Ethereum blockchain by the firm. Currently, the marketplace is only open to beta testers who have been invited, and there appears to be a waiting list.

“We learned that people don’t just want better tools to buy and sell NFTs: they want better ways to discover them, better ways to find the right communities, and better spaces in which they can feel connected with each other,” Sanchan Saxena, VP of Product, wrote in a blog post about the differentiating factors of Coinbase NFT from other existing marketplaces.

This effectively means that Coinbase will allow users to like, share, and interact with content on the site, similar to some of the choices offered on Web2 social networking networks.

Coinbase is Getting a Boost

Coinbase is also failing to maintain its high price action from last year as a result of the announcement. Cathie Wood of Ark Invest recently admitted in an interview that Coinbase was down over 40% in their holdings. Ark Invest has the third-largest exposure to Coinbase based on weights, but its valuations have nearly halved in the last year.

Coinbase intends to expand its social marketplace with new features in order to maintain its current growth speed. “We plan to add drops, minting, token-gated communities, and the ability to buy NFTs using your Coinbase account or a credit card,” they said. Support for NFTs on numerous chains will be added as well.”

Through its NFT vertical, the exchange also seeks to decentralize more of its solutions. Not everyone, though, is convinced.

“I don’t think this is the big, promising thing,” Mizuho Securities managing director Dan Dolev told Bloomberg, believing that the platform is “too little, too late.”

Meanwhile, OpenSea, one of the major digital marketplaces, is putting a lot of pressure on the platform. At the time of writing on April 20, OpenSea had a daily volume of over 88 million on Ethereum.

Furthermore, LooksRare, which has lately been the subject of multiple wash trading charges, is a direct rival to Coinbase’s NFT business.