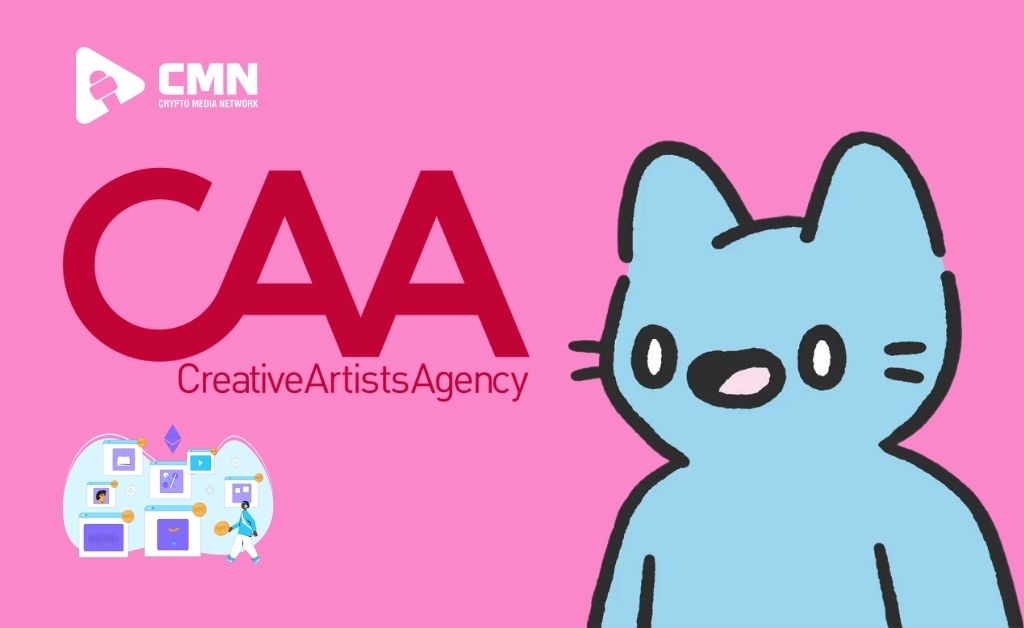 Cool Cats, the founders of the non-fungible token (NFT) collection, have secured a partnership with CAA, a Los Angeles-based talent and sports agency (Creative Artists Agency). Cool Cats is one of the top 20 NFT projects in terms of total sales volume, and it follows in the footsteps of other NFT initiatives such as Cryptopunks, Meebits, and World of Women, who have signed partnerships with talent managers or agencies.

CAA, a talent agency that represents a variety of clients in the entertainment and sports industries, has announced that it has secured a deal with the producers of the NFT initiative Cool Cats. Rob Mehew, Colin Egan, Evan Luza, and Tom Williamson invented the Ethereum blockchain‘s randomly produced NFTs in July 2021. The Cool Cats collection includes 9,999 cats with over 300,000 features that were assembled at random.

Colin Egan, the project’s co-founder, told hollywoodreporter.com author J. Clara Chan on Friday, “The world we’re constructing is full of imagination and just things to explore.” “Rather than simply a JPEG, it’ll be more of an experience,” Egan noted. Early versions of the cat pictures were done by Egan in high school.

There are a handful of NFT projects that have secured talent agency relationships. United Talent Agency (UTA) announced in September 2021 that it has signed three NFT projects from Larva Labs. The following month, in October, CAA signed an agreement with the NFT asset collector known as “0xb1.”

CAA stated at the time that it wanted to assist 0xb1 in “monetizing their collection of NFTs through licensing and brand agreements.” The NFT initiative World of Women (WoW) teamed with Guy Oseary in mid-January 2022, announcing that WoW’s brand would be exhibited across a variety of media platforms.

Cool Cats is currently the 11th largest NFT project in terms of sales, according to dappradar.com’s all-time sales volume statistics per NFT collection. Cool Cats has totaled $290.44 million in sales over the years, with 11,353 dealers and 35,939 transactions. Its’ current floor price is 8.5 ether or $25,900 for the least expensive NFT. Its has a market capitalization of roughly $261 million, according to metrics.

Cool Cats is also linked to the NFT project Cool Pets, which begins with a pet in the form of an egg that hatches and grows during its existence. Each Cool Pets NFT is unique at the end of the process and “ultimately inherits a certain element: Grass, Fire, Water, or Air, with more elements added over time.” The team also presented the game Cooltopia at the same time as the debut of the Cool Pets NFT. Cool Pets must perform quests and obtain goods for pet evolution in order to progress in the game.

CoolCats’ co-founder Evan Luza told J. Clara Chan of hollywoodreporter.com that the goal is to “transcend the limited niche that is only NFT, blockchain-centric” with various mediums derived from intellectual property (IP). A Cool Cats NFT was recently featured in a Yuga Labs teaser film about the impending mystery project powered by Apecoin, which was released on March 19. (APE).

According to Dune Analytics, there are between 5,372 and 5,379 unique addresses with at least one CoolCats NFT. One address can command 323 Cool Cats, and the average owner owns at least two from the collection, with one NFT being the median.

Also Read: ApeCoin (APE) by Bored Ape is off to a Sluggish Start after its Release