The South African regulator warns Binance against its products 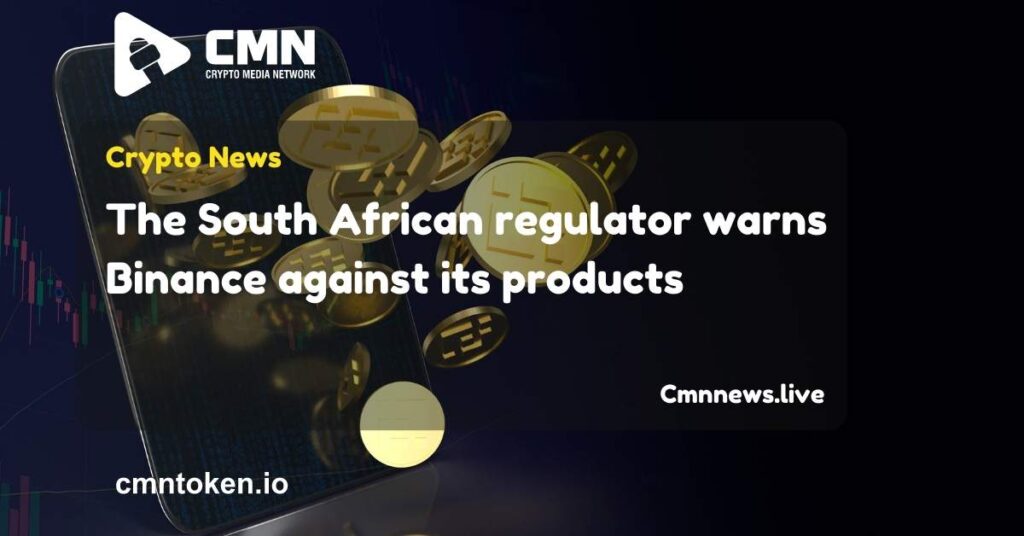 The South African regulator warns Binance against its products - CMN

Binance, a major cryptocurrency exchange, has responded to a warning from the Financial Sector Conduct Authority and said it does not offer financial advice or intermediary services to South African residents.

“Binance.com is registered with the FIC as a voluntary self-disclosure institution,” said the exchange. “Binance complies with the FIC Act obligations relating to establishing and verifying of clients’ identities, record keeping and reporting suspicious or unusual transactions.”

In its warning, the FSCA urged South Africans to exercise caution when investing in Binance Group, which was described as an “international company” based in Seychelles. Despite this, since July 2017, Exchange does not have any subsidiary with the same name in the archipelago nation.

Crypto in South Africa has been viewed with suspicion until recently, when local governing bodies announced plans to reevaluate the issue. Several months after being formed, the South African Intergovernmental Fintech Working Group announced plans to “phase in and structure” regulation of cryptocurrencies. In some cases, the FSCA cites cryptocurrency scams and financial risks as reasons for pushing for tighter regulations.

As a result of the FSCA warning, Exchange and its affiliates have been barred from providing financial services to citizens of several countries. Italian, Malaysian, Polish, German, UK, Canadian, Japanese, and Singapore authorities have urged investors to exercise caution in regard to Exchange or alleged it is operating illegally.