Time Magazine Interview With Vitalik Buterin About the Perils of Cryptocurrency 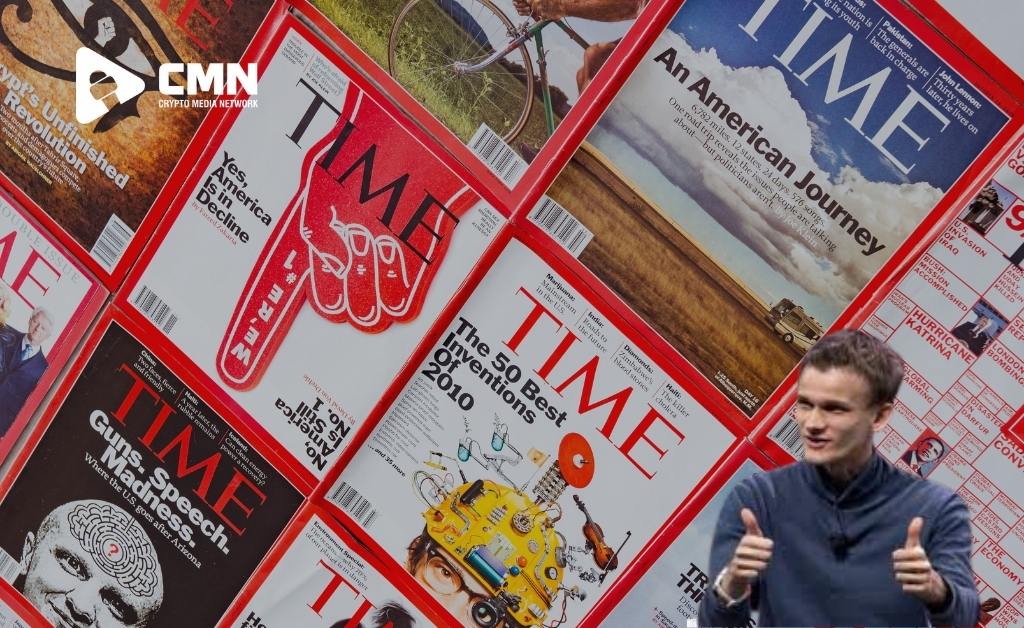 Vitalik Buterin, the eccentric co-founder of the second most popular cryptocurrency in the world, Ethereum, recently sat down with Time Magazine for an interview, according to crypto news current. The Interview was about the challenges and perils that crypto has to go through in the world today. Time Magazine called Vitalik the Prince of Crypto in the interview. According to Vitalik, the most challenging issue for cryptocurrency in the present time was the image problem and how people and investors viewed the platform of cryptocurrency.

Quite recently, the co-founder of Ethereum, Vitalik Buterin, graced the Time Magazine with an interview. His interview on the potential perils of the entire crypto industry was featured in the magazine. During his interview which was about 80 minutes long, he managed to explain the dystopian potential that digital assets had these days if they were not handled properly.

Amongst the biggest concerns that he had, one was the existence of overzealous investors. Also, the public displays of wealth and the higher fees of transactions with the cryptocurrency were some of the other challenges, according to Vitalik. He mentioned that people who claimed to make a fortune out of cryptocurrency and non-fungible tokens also added to the issues of the image that cryptocurrency has in the present world for sure.

Buterin Still Has Higher Hopes of Ethereum Being On Top

Despite the perilous times for crypto, Butalik still has a lot of hope for Ethereum. It is the network that is currently powering the second-most popular crypto in the world, Ether. Ether is definitely pretty popular when it comes to market capitalization as well as some of the other aspects as well.

According to different cryptocurrency analysts, Ethereum also has the potential to surpass Bitcoin in the near future due to the amazing benefits that the users are provided when compared to Bitcoin. Hence, it is pretty natural that the co-founder of the Ethereum network has expectations that it will be a top-performing cryptocurrency in the future.

However, despite having such hopes, Butalik also has a fear that the vision he has for Ethereum to be helpful in creating a particularly effective egalitarian digital economy will have disastrous effects. He fears that this vision that he has will just end up creating nefarious actors who are just after the greed of money and fortunes. “If we don’t exercise our voice, the only things that get built are the things that are immediately profitable,” he said.

Apart from the future of cryptocurrency and the challenges that it had to face in the currency world, there were some other topics of discussion in the interview as well. The chat also delved into other Ethereum-focused pain points for Buterin, such as how much power to exercise in the community during highly contentious periods in its evolution, including the infamous 2016 hack of a Decentralized Autonomous Organization, or DAO. The interview painted Buterin as a pragmatic leader taking a “middle ground” approach to solving issues that impact the community.

Over the years, Buterin has used his personal blog to advocate for technical solutions related to Ethereum’s development. In December 2021, he published “Endgame,” a thought experiment that explores the evolution of Ethereum 2.0, which is now referred to as the “consensus layer.” In the post, Buterin suggested improvements to network scalability with notable trade-offs — chief among them being the centralization of block production.

Also Read: Listen to the Origin Story of Ethereum from the Co-Founder Himself

According to crypto current news, the evolution of Ethereum to being a proof-of-stake chain actually remains pretty mired in delays in the present times. However, the investing community has high hopes for the future. Ethereum’s Beacon Chain now has over 316,000 validators and roughly 10.1. billion ETH staked.