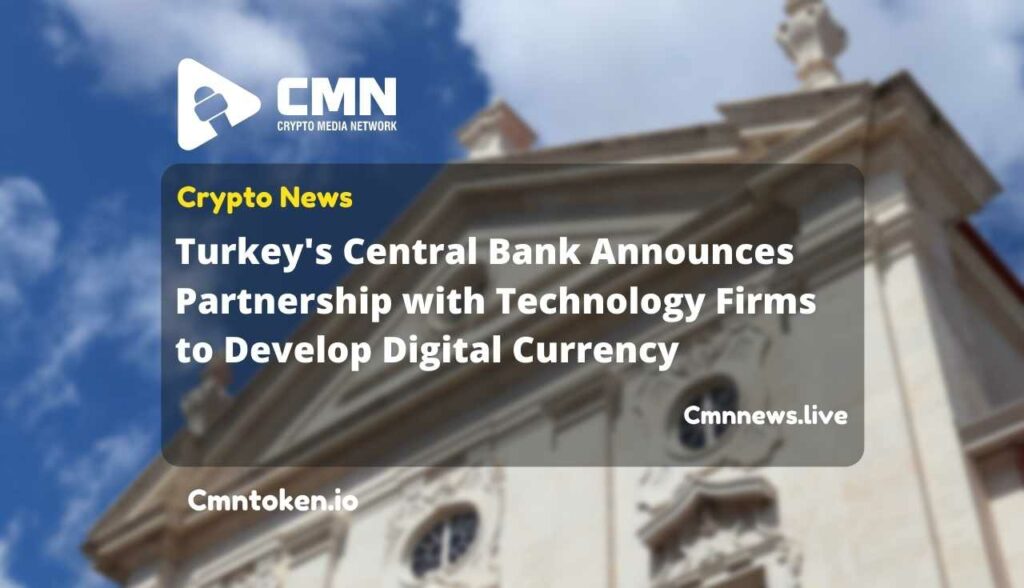 In an announcement, the Central Bank of the Republic of Turkey (CBRT) announced that it has signed agreements with several major institutions and also created the “Digital Turkish Lira Collaboration Platform” to grow its research into the potential benefits of introducing a Central Bank Digital currency to complement the existing payment system.

The central bank of Turkey announced that the organization has formed an agreement with major technology firms like Aselsan and Havelsan as well as the Information Security Research Center (BILGEM) and the Scientific Research Council of Turkey (TÜBITAK) Informatics for the platform. The project aims to research, develop, and test a digital Turkish lira CBDC.

According to the Central Bank about the digital currency

The Digital Turkish Lira Research and Development (R&D) project was initiated with a proof of concept, which has been completed and is now moving on to the next phase, which involves the participation of technology stakeholders.

According to the Turkish central bank, the first phase covered the initial testing of strategic and critical technologies relating to the project. It is now time to move forward with the second phase in which technology companies will be involved in collaborating on the project. It will collaborate with the central bank to create a prototype “Digital Turkish Lira Network” and to run limited closed-circuit pilot programs.

In response to the results of these tests, the Turkish central bank will develop further phases of the pilot tests that will include broader stakeholders’ participation.

In 2022, the monetary authority says it will announce the results of its first phase of a pilot study on the digital Turkish lira. The central bank has not yet listed a date for the launch of the digital currency.

In the global race to develop CBDCs, Turkey has recently joined the fray. CBDCs (central bank digital currencies) are gaining popularity around the world.

Due to the stumbling way in which the digital currency entered international financial policy conversations, analysts believe “2020” will be the year of CBDCs, despite earlier skepticism.

Small countries are making significant progress, as opposed to large industrialized nations such as the US and China.

It was the Bahamas, a small nation with less than 400,00 residents, that became the world’s first CBDC country last October, when the Sand Dollar was introduced nation-wide.

The leading position of small countries can be attributed to two major factors. To begin with, such countries have strong motivations to establish CBDCs because CBDCs can aid them in their financial development.  Small countries remain challenged by financial exclusion, including those with a population dispersed across many islands. Natural disasters like hurricanes negatively impact remote areas since banks are not readily accessible. Small nations are less likely to be affected by CBDCs than bigger nations because of the lower risk associated with their adoption.