Two Problems that Blockchain solved which Internet never did 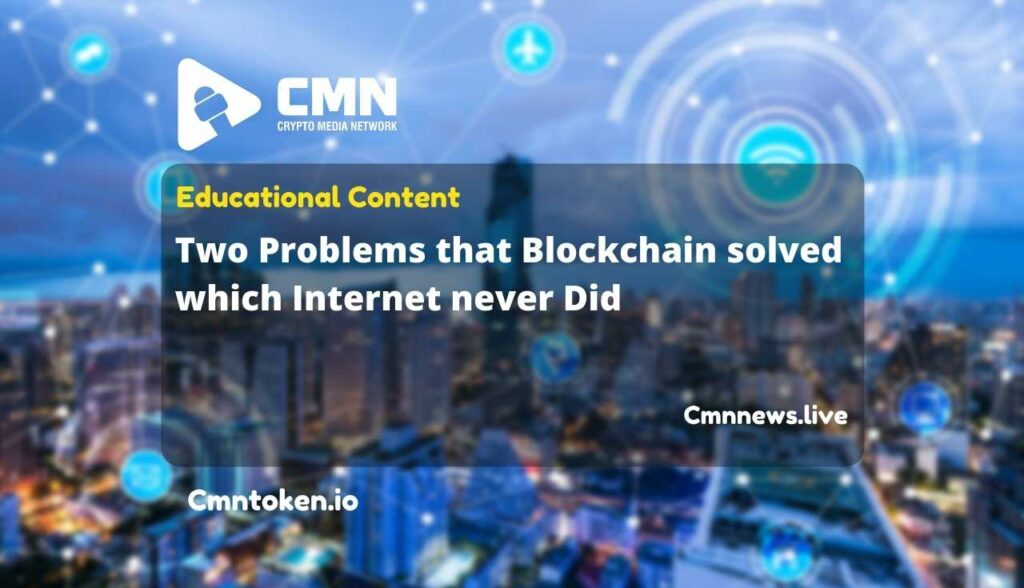 Two Problems that Blockchain Solved which Internet Never Did

Problems that blockchain solved.
Similar to the internet in the 1990s, blockchain development and adoption are at an early stage. The internet at that time was plagued by issues. As innovation took place, the internet became more and more popular. This is happening to blockchain, too.

Also Read: Cryptocurrency scams you should know about

What problems did the internet solve?

The internet has made information available to everyone through search engines. The educational system has changed dramatically. Students can get information in seconds instead of reading so much content. It is now easier than ever to locate and publish innovative research content. The lack of credibility associated with information accessibility, however, is a disadvantage. It has become increasingly difficult to distinguish the truth from lies and propaganda online over the past few years.

Communication was easier with chat, messenger, and email. E-mails require human effort and are time-consuming. Through mobile phones, the world has shrunk into our hands due to the internet.

What problems can the internet not solve?

It was claimed that the internet enabled peer-to-peer communication and money distribution. Inequality can be reduced and the economy revitalized by reducing intermediaries. Peer-to-peer companies like Amazon and Uber claim to be peer-to-peer, but they are actually peer-to-a-company. Businesses have widened the income gap. The Internet instead of reducing intermediaries, increased them and made them more powerful.

Internet solutions allowed for the storage and sharing of information unlike anything else. However, there is no guarantee of security of this data. There are many risks associated with the internet. Instead of a centralized control, the internet is controlled by individual users.

Blockchain application comes here. Distributed network systems are what blockchain is. Instead of being a central server, its nodes are distributed throughout the network. A node is any system connected to the blockchain. Each block in the blockchain relates to the previous one. A hacker may attempt to change information in any block, but he will have to change all subsequent blocks as well. Problems that blockchain solved in this way is All members of a blockchain need to agree to add new blocks.
Blockchain solutions are therefore trusted and secure. Blockchains are peer-to-peer networks without a central authority. They are capable of calculating and updating information without any external assistance. Therefore, disintermediation is possible.