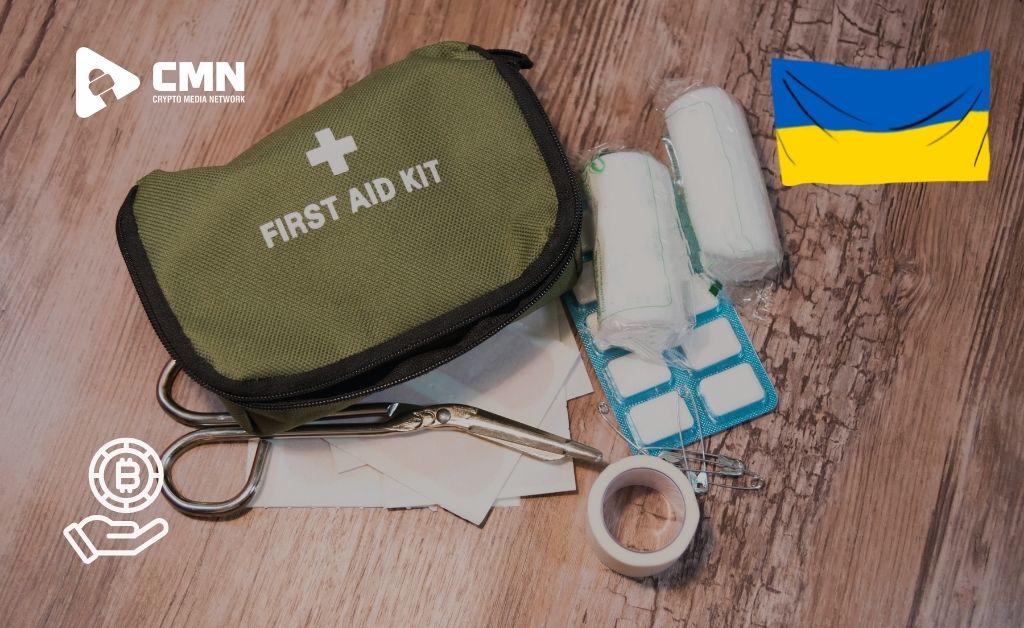 Within a week of Russia’s invasion of Ukraine, the Ukrainian government said that $50 million in cryptocurrencies had been gathered. So far, the government has spent $15 million in bitcoin given by the public to purchase military equipment.

Ukraine’s deputy minister of digital transformation, Alex Bornyakov, said that his government spent $15 million in donated cryptocurrency on military gear, including protective vests. He stated that the acquired military equipment was delivered in a Zoom interview from an unidentified location in Ukraine.

Since the conflict with Russia began, many people have donated cryptocurrencies to the Ukrainian government.

Ukraine’s vice prime minister and minister of digital transformation, Mykhailo Fedorov, tweeted on Friday that the Ukrainian government has raised $50 million in cryptocurrencies in just one week. The majority of donations were made in bitcoin (BTC) and ether (ETH). He now wants to raise $100 million, which would be double what he has already generated.

Bornyakov also stated that the Ukrainian government intends to treble its $50 million in bitcoin donations in the following two to three days.

He claimed that his ministry secured suppliers for the army in the United States and Europe two days after Russia began its invasion of Ukraine, including vests, food packages, bandages, and night vision gadgets.

Furthermore, according to the deputy minister of digital transformation, roughly 40% of suppliers are eager to accept cryptocurrency payments. The rest is paid in cryptocurrency, which is then turned into euros and dollars.

the government is also collaborating with two companies to create a non-fungible token (NFT) collection to raise more funds.

Bornyakov speculated that it may be ready in less than two weeks:

“No one was prepared to do military NFTs; the conflict had only begun eight days before, and they were still figuring out how to design them.”

He confirmed that a Cryptopunk was contributed when it came to donated NFTs. “But it’s so difficult to sell,” he added. We haven’t put it to use yet… For the time being, we’ll keep it… There isn’t enough time to figure out how to transform them. Perhaps once things have calmed down, we’ll be able to figure this out.”