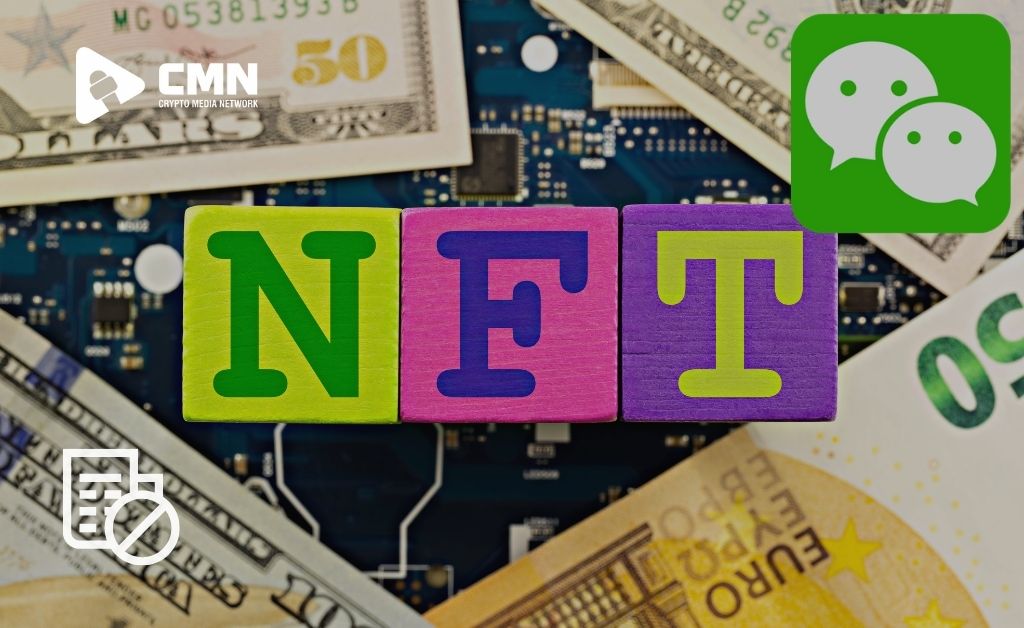 The Chinese messaging platform WeChat is said to have blocked accounts tied to non-fungible tokens (NFTs). The crackdown’s goal is to prevent the impacted accounts from being used to promote NFTs.

Clampdown on Digital Assets is Getting Tougher

WeChat, a Chinese messaging platform, recently announced that it had terminated certain accounts tied to non-fungible tokens (NFTs). According to a BBC report, the suspension of the accounts is intended to prevent such blacklisted accounts from engaging in NFT market promotional activities that help to drive up prices.

Wechat’s targeting of NFT-promoting accounts appears to indicate that China, which currently lacks clear legislation against NFTs, is broadening its digital asset crackdown, which began in 2021.

Since the middle of 2021, Chinese authorities have started cracking down on bitcoin miners and cryptocurrency exchange platforms. Some crypto miners and platforms are thought to have fled mainland China as a result of the ban.

Public Accounts that have been ‘Revised’

While it is unclear whether the shutdown has totally prevented Chinese citizens from trading or mining cryptocurrency, The Chinese government is keen to add NFTs to the list of prohibited activities. The same story went on to explain why citing an update from the Wechat team as follows:

Wechat has lately standardized and corrected public accounts and tiny programs for digital collection speculation and secondary sales. Wechat further stated that the actions that were taken against the now-“rectified” accounts were carried out in compliance with applicable national rules.

It was first introduced in 2011 and in 2018, it surpassed 1 billion monthly active users to become the world’s largest standalone mobile app. Because of its extensive functionality, it has been dubbed China’s “app for everything” and a “super app.” Text messaging, hold-to-talk voice messaging, broadcast (one-to-many) messaging, video conferencing, video gaming, photo, and video sharing, and location sharing are all available on Wechat.

As part of China’s extensive surveillance network, user activity on it is evaluated, tracked, and shared with Chinese authorities upon request. In China, it restricts politically sensitive topics. Data sent from accounts registered outside of China is monitored, analyzed, and used in China to develop censoring algorithms.