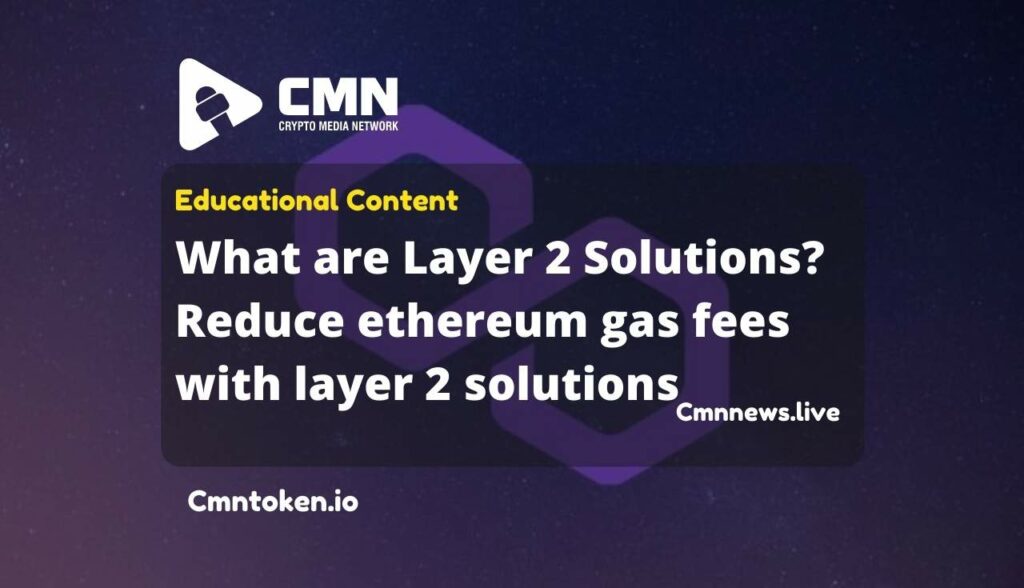 The world is just now entering the “Layer 2 solutions” era which is an incredible new phase of blockchain development in which the Lightning Network and other programming solutions that function “on top” of existing blockchains promise giant leaps in scalability, interoperability and functionality.

Ethereum has been in talks since forever for it’s high gas fees. Binance Founder and CEO CZ has trolled Ethereum several times for it as well. Here are some tweets.

Director of the MIT Media Lab’s Digital Currency Initiative describes it in her Medium article, the defining feature of Layer 2 Solutions is that “computation is moved off-chain, either to enable privacy or to save computing resources.” New security and trust solutions must be figured out for when a majority of the computing activity in individual transactions or smart contracts is taken “off chain.”

Instead of going through the laborious chain process of having the script of a particular program executed by every computer in the blockchain network, it is implemented simply by the two or more computers involved in the transaction.

And yet, she said, “you get similar security protections as with on-chain transactions because the blockchain acts as the anchor of trust.” An avalanche of innovation and development is headed our way and it cannot be a more appropriate time.

The web-based applications that now form part of everyday life, started when the 1989 implementation of Tim Berners-Lee’s Hypertext Transfer Protocol (HTTP) on top of the base-layer Transmission Control and Internet protocols (TCP/IP) paved the way for Marc Andreessen’s Mosaic Netscape browser in 1994.

Although HTTP was universally adopted as an almost immediate standard, there’s a great deal of competition in Layer 2 solutions. Blockchain industry will have a different sequencing.

ALSO READ : The hacking of Vee Finance resulted in the loss of $35 million

Lightning’s payment channels were originally designed for bitcoin transactions, but it supports interoperability and has certain smart contract capability. That could put it up against alternative “state channel” Layer 2 solutions for Ethereum (Plasma, Raiden) as well as with projects aiming to enable cross-chain transactions (Polkadot, Cosmos, Interledger).

The recent Layer 2 solutions Summit hosted by MIT DCI and Fidelity Labs showed us that there are many other lightweight off-chain ways to expand transactional capacity.

More than 2,000 nodes have already made their way to the Lightning Network, managing more than 7,000 channels. Although it is far from being a ubiquitous global network, however as a growing community, it provides a great foundation for experimentation.

There’s an even greater potential for development, now that a unique form of privacy-protecting smart contracts has been developed by Tadge Dryja, a co-author of the original Lightning white paper and now also at the DCI.

Lightning’s payment channels point to the kind of low-fee, fast-paced payments that bitcoin early on promised but failed to deliver. This could potentially disrupt business for banks, credit card companies and money transmitters.

How to Reduce Ethereum gas fees with Layer 2 Solutions

Layer 2 solutions have long been considered to be the holy grail for Ethereum scaling since they allow users to continue to benefit from Ethereum’s impressive security and functionality, while tacking on a better user experience and improved efficiency.

However, it wasn’t until relatively recently that we began to see the emergence of truly viable, easy-to-use solutions that actually have demonstrable utility.

One of the most prominent of these layer 2 solutions is Metis, a platform that allows firms to launch their own decentralized company (DAC) and build highly efficient Ethereum DApps that run at a fraction of the usual cost.

The way it works is simple. It uses a technology known as Metis Rollups to collect a batch of transactions on layer 2 solutions before finalizing these on the Ethereum mainchain in a single transaction.