What caused the collapse of the Solana blockchain? 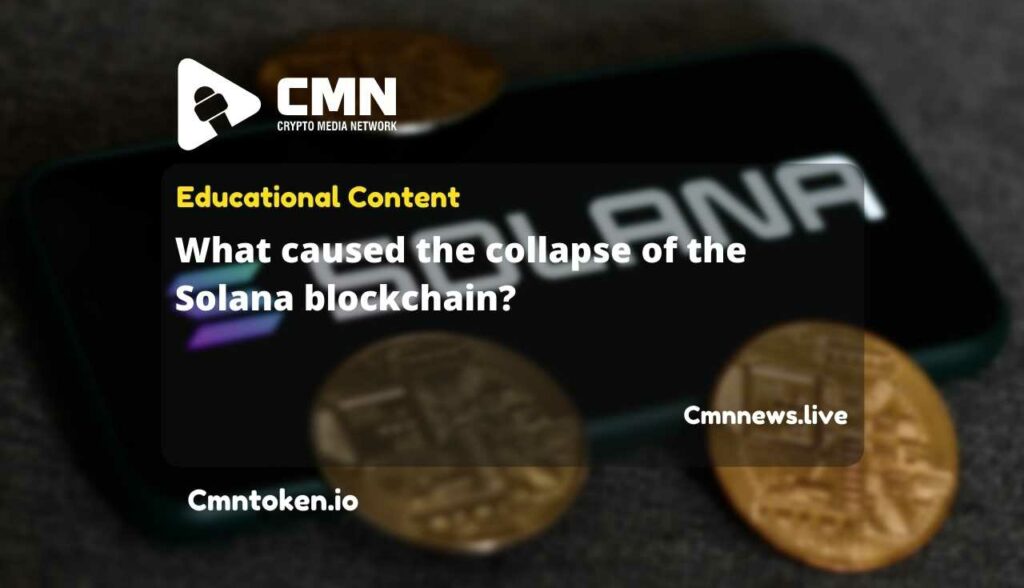 What caused the collapse of the Solana blockchain?

You have seen your fair share of hype cycles if you have been involved in digital currencies for a few years. The next killer blockchain is always kicking off, whether it’s IOTA, EOS, XRP, or Sol. They are flooded with speculation, pumping token prices by thousands of percent, but eventually, as technical limitations are met with reality, all of it collapses or fades away.

A lot of hype has been associated with the Sol digital currency so far this year. Solana’s blockchain came to a grinding halt less than 72 hours ago, and the developers shut down all the developers and froze time and space as they sought out the cause.

A stream of misinformation promoted by those who stand to gain from the token price of Solana remaining high flooded social media channels as well, like most other events in this space that have received significant attention.

Why did that happen? What caused Solana collapse?

Despite the increase in transactions, the network reported 400k per second in a tweet from Solana Status. Apparently, these transactions caused the network to fork due to a flood of transactions. As a result, the forking led to excessive memory consumption and knocked out some nodes.

As a result of the blockchain’s incapabilities and improper design, it burned due to the heat and low temperature. Has the Solana community taken any action? Just like when you call tech support when your Wi-Fi isn’t working, they turned it off and on again.

Also Read: $500 Billion Evergrande time bomb no one is talking about

Hence, Solana’s key claims are called into question, namely that it is fast, secure, and censorship-proof, which are some of the most popular buzzwords in the digital currency industry. In what way is Solana resistant to censorship if validators can turn off the network? When many transactions caused it to fail spectacularly, how can the company claim to be secure?

This is all very confusing, and we won’t be able to determine what exactly happened to Solana for quite some time to come, but there are some key lessons we can take away from this situation right now.

The Solana blockchain doesn’t have the technical advantages it’s marketed as having. It has not made any fundamental improvements over the original Bitcoin protocol, like Cardano, EOS, and many others over the years. Email should be able to run with a TPS of 400k, but an internet and financial system should not be supported by 400k.

In order to save face, Solana’s PR executives are willing to misrepresent the facts. As a matter of principle, we’ll give them the benefit of the doubt until the dust settles, and an audit of what transpired can be performed, but it’s evident there are plenty of skeptics about their first statements.

The developers have once again learned that it’s not a good idea to build their applications on protocols that are currently being adjusted. Suppose the centralized protocol developers switch off the Solana blockchain next time and it never comes back online? Hardworking application developers who use these chains to build applications need to ask themselves some hard questions right now.