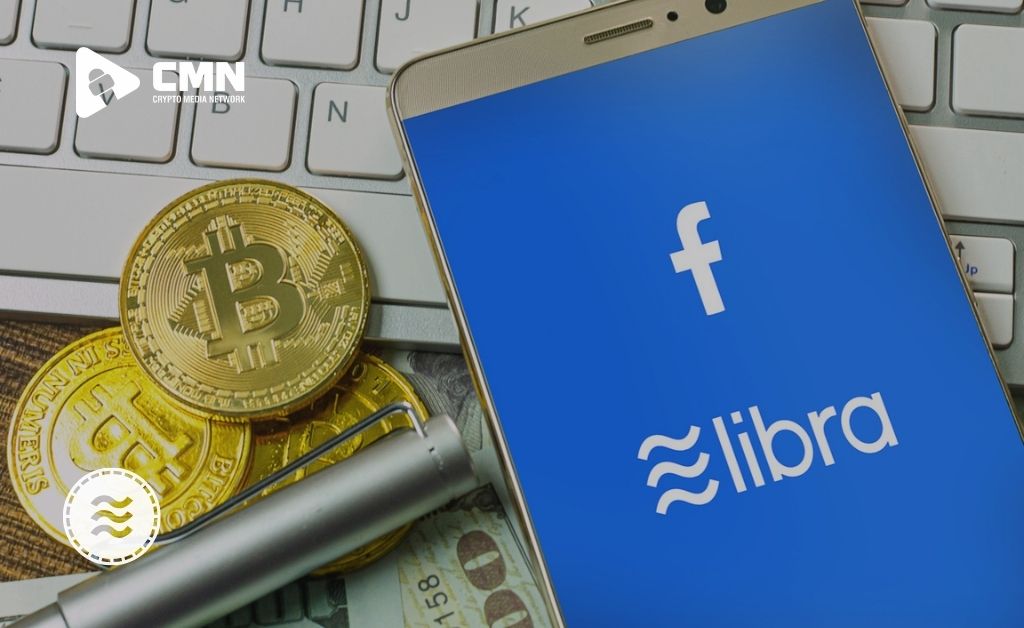 Facebook news cryptocurrency i.e “Libra”. Facebook wants Libra to be a stable coin, which is a token with a consistent, predictable value that does not fluctuate like bitcoin and other cryptocurrencies.

Libra was expected to be able to separate itself from Facebook by forming a subsidiary and an organization. Governments, on the other hand, were quick to oppose Libra. As a result, Facebook had to postpone the introduction of Libra and rebrand it. In late January 2022, Facebook’s Diem cryptocurrency stable coin is no longer in use.

The Libra cryptocurrency is designed to function as a low-cost global currency. Libra will effectively be digital money on your phone that you can use to pay for anything that accepts cryptocurrency. A basket of assets, including major currencies and government debt instruments, backs Libra.

Libra was renamed Diem in December 2020. Diem Association was renamed after Libra Association, which was in charge of monitoring the project, currency, and transactions.

Contents hide
1 How does facebook news Cryptocurrency Work?
1.1 What is Libra’s Function?
1.2 What Distinguishes Libra from other Crypto-currencies?
1.3 How would Libra Boost Facebook?
1.4 Libra’s Challenges
2 Closing Lines

Libra will be available for purchase, storage, and use in cryptocurrency wallets. You may get Libra tokens by cashing in dollars. The cryptocurrency can be used at any establishment that accepts it. Calibra, a Facebook-developed digital wallet service that can store and spend these tokens, is also in the works.

Libra Association, a non-profit organization, monitors and keeps track of tokens (now called Diem Association). Individuals will be able to trade their local money for tokens, which will be backed by a basket of major currencies and equities. The basket ensures that the cryptocurrency’s price remains reasonably steady.

Diem Association will serve as the cryptocurrency’s governing body, and it will not be governed only by Facebook. Instead, the group is comprised of 28 founding members, including Mastercard, Visa, eBay, and a number of other businesses. Facebook, like the other members of the association, is entitled to one vote.

Blockchain technology is used in the Libra cryptocurrency. It is not, however, a true blockchain currency because it is not completely decentralized. The ledger of transactions will be accessible only to Diem Association members.

What is Libra’s Function?

Libra is designed to be a simple means of trade for people all around the world. The cryptocurrency’s price stability is ensured by backing it with a basket of major world currencies. As a result, the coin’s usefulness as a simple payment for everyday transactions is enhanced.

One of the primary issues addressed in Libra’s white paper is how much it costs citizens in underdeveloped nations to move money. Money-transfer providers in these developing countries demand exorbitant costs and deprive families of up to $50 billion each year.

In such countries, keeping money is not always easy, and being stolen can result in the loss of practically everything. One billion adults in the world do not have access to a traditional bank, while 1.7 billion have a cell phone.

The cryptocurrency’s ambition is to become a widely accepted digital currency that anybody can use. The Libra initiative aims to give better, cheaper, and more open access to financial services for everybody by charging considerably lower fees than conventional money-transfer services, employing blockchain technology, and keeping the currency’s value steady.

What Distinguishes Libra from other Crypto-currencies?

One of Libra’s distinguishing characteristics is that it is backed by tangible assets. Many cryptocurrencies don’t do this, which is why they don’t have the same level of stability and intrinsic value as Libra. Other cryptocurrencies are backed by real-world assets.

The majority, however, are tied to a single currency. Libra, on the other hand, employs a currency basket and government debt instruments.

Another intriguing feature is that this cryptocurrency is endorsed by the Libra Association, which consists of several powerful firms. Visa, Mastercard, PayPal, and eBay are among the members of the Association. The Libra Reserve is managed by the Association, and it is the only one that has the power to generate and destroy tokens.

Libra is a more realistic mainstream medium of exchange than many other cryptocurrencies because of its low fees and actual asset-backed reserve, which results in minimal volatility. For example, Bitcoin, the most well-known cryptocurrency today, attempted to serve as a transaction facilitator. However, as a store of wealth, it became more of an asset.

The income collected on assets held by Facebook, as well as members of the Libra Association, can be used to make money and cover costs. The more widespread the currency becomes, and the more assets stored in the reserve, the more interest income participants, including Facebook, will earn.

Facebook can also profit implicitly from the widespread use of the Libra by converting businesses ready to promote the cryptocurrency into ad purchasers on its platform.

Anyone can build goods and apps on top of the Libra blockchain because it will be open source. The open-access model has both advantages and disadvantages. The good news is that it will assure minimal entry barriers, promoting competition and innovation. However, there is a concern that it will raise the odds of shady software developers gaining access to a user’s virtual currency.

Decentralization will also be a feature of the coin. Despite the fact that the white paper has an intention to become decentralized, it won’t be recognized as a legitimate cryptocurrency until that happens. Regulators’ concerns over privacy issues may impede Libra’s adoption as a mainstream currency.

With its foray into the cryptocurrency game with Libra, Facebook wants to revolutionize not only the world of social media but also the world of banking. While the majority of cryptocurrencies are nothing more than digital bits of naught.

Libra has demonstrated one of the first major attempts to make this type of currency feasible with some major restrictions preventing it from merely being “mined,” to also have an actual economy and value behind it.

But in reality, nothing worked out as per the plan. Facebook news cryptocurrency fails to establish itself as coin in cryptocurrency marketplace. For the coming years, Libra will remain to be a key topic of discussion in the crypto industry forever!

Also Read: PayPal Stablecoin: The Future of Payments or a Failure?